HomeCultureLifeStep Back from the Frenzy 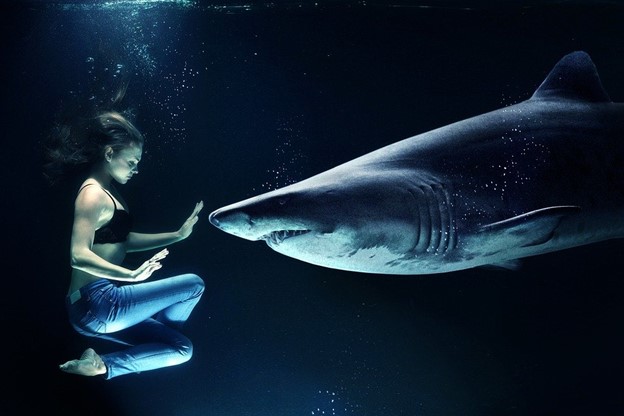 Who YOU are is a hell of a lot more relevant to the day to day operation of this ride than whoever ends up sitting in The Big Chair. Anything a president does is going to be argued into the ground for weeks or months, and it’ll pass through a lot of hands before it happens if it ever happens at all. In the before times, like 20 years ago, the average guy could go months without a single elected official in Washington even crossing his mind.

YOU, on the other hand, have a direct and immediate impact on everyone around you, every day. You have a helluva lot more influence on what kind of America this is than anyone in the Capitol; DC is a horror flick, you’re real life.

And it’s beating the hell out of me to see people I like being completely consumed by hate. I’ve had to mute the feeds of some surprising people over the last year. I don’t mute out of anger; I mute because it hurts my soul to see how deep that runs. I’m not talking about complaints, gripes, and arguments against particular politicians, policies, and agencies, I’m talking about cheapshots shotgunned at anyone who disagrees with them on literally anything. Posts from out of the clear blue nothing; “just popped in to remind you how stupid those millions of people are for not thinking like us.”

It’s no fun to scroll down Facebook and run into a friend talking trash about me. Not by name of course, but that’s the effect when you run down “all” of any large group; you hit everyone for the sins of a few. And it’s nearly always obvious you’ve never actually spoken to anyone in that demographic. You know it’s wrong to do that; you say so when you go off on people for believing bullshit stereotypes about groups you approve of. So how come you do it to me?

It rattles me to have to mute people I like. It does lasting damage to have to mute people I admire. I don’t give that to just anyone. I believed in you. I thought we could make a genuine difference in this world. “I won’t give in to the hate.” “I choose love.” Remember those? I thought you meant them. I didn’t know those rules only apply to the people you already agree with. That hurts. Bad.

I do refuse to let hate control me. When I see something that bothers me I’m not going to just start talking trash about it. I’m going to assume you have a perspective I’m not seeing, and I’m going to ask you. The last several times I did that, asked a friend about something I didn’t understand, friends of theirs came at me in the comment box. I have no idea who any of them are, but from context, I get the impression that asking means I must think there’s more than one valid way to see the issue. I can agree or I can be the enemy.

The president is just the guy who’s name is on the letterhead. This country is US. You don’t like the hate? Stop feeding it. It can’t survive without you. Stop believing your hate is cleaner than theirs. We’re all against evil, of course, but there’s no loophole there; calling something evil does not automatically turn your hate into justice.

Nobody can make you turn your back on your values; you have to GIVE them that power. Maybe there’s someone out there worthy of having that kind of control over you. But you damn sure won’t find them in Washington DC.

Bama has been a rodeo cowboy, a professional stuntman, and, for 38 years and counting, a bouncer at various biker bars redneck rat cage juke joints through the Deep South. He makes cool stuff as Crimson Tied Paragear, using knots his Army Ranger Scoutmaster taught him at Boy Scout summer camp deep in the Okinawan boonies back in 1972.