HomePoliticsWhat We *Can’t* Know in the Kavanaugh Frenzy 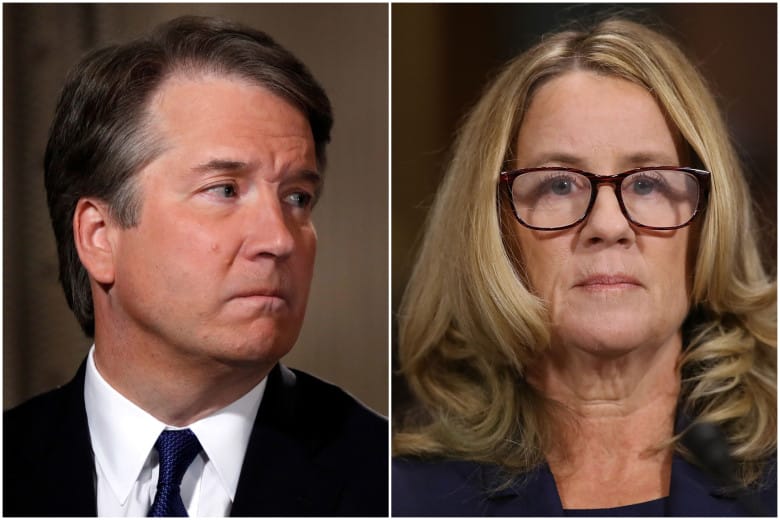 This first appeared in The Havok Journal October 4, 2018. It is republished given the extreme partisanship that currently exists.

Partisan bias was on full display these last two weeks, as I’m sure all of you could plainly see. Insults were hurled, ignorance was pointed out, and everyone was clearly right.

Except, of course, that no one is—at least no one who claims they are.

Social media has once again proven to be a road to the cataclysmic downfall of the human psyche, but simultaneously a fascinating window into the workings of the human psyche in its relationship to issues in the public square. The story surrounding the hearings about Brett Kavanaugh, Supreme Court appointee, and Dr. Ford, a woman who accuses him of sexually assaulting her, should be an object lesson in discourse and how it breaks down at the lowest imaginable level.

After playing “observer” on both public and private feeds whenever this story was discussed, I have come to the conclusion that approximately 90% of the population has absolutely no idea what they’re talking about. A huge number of people were, on every comment thread I saw, absolutist in their claims about numerous aspects of this story, to include people on every side of the socially constructed debate.

And yet none of them can be right because what we can’t know far exceeds what we can.

Consider first the claims by those on both the Political Left or Right regarding the veracity of Dr. Ford’s claims. I saw countless examples of “she’s absolutely lying!” or “she’s absolutely telling the truth!” But by definition, we can’t know this—it is, to borrow a Rumsfeld phrase, a known unknown. We know we can’t know this because none of us were there and there was no video evidence.

Yet people are fighting with one another over this very thing and making claims about the ignorance of others for not getting on board with whatever they feel is the truth. Why? Why die on the hill of a known unknown?

Similarly, we see accusations about the quality of Brett Kavanaugh’s character. Really? How on earth would the average Facebook user have any idea about the type of guy he actually is? Whether a self-labeled conservative is calling him a noble man of virtue or a so-called liberal is yelling about him obviously being a woman-hating liar, it is safe to say that they are all wrong simply because they don’t know.

Less obvious but just as important is the shrieking about the nomination process itself, something which is clearly misunderstood by nearly everyone making judgements about this situation. A higher-profile version of this can be seen on the video making its rounds of Trevor Noah on The Daily Show doing a proverbial “mic drop” after Kamala Harris questions Brett Kavanaugh about laws pertaining to women, and the latter is unable to provide an answer. We are supposed to take from this that he was stumped and proved stupid due to his inability to respond.

This is but one example of many in which people fundamentally misunderstand this whole endeavor. Consider first that the circus show of senators grilling a SCOTUS candidate is a relatively recent phenomenon that got much more traction once we had this nifty thing called “television.” Oddly enough, senators were much less likely to develop grandiose cross-examinations of appointees prior to the magic box allowed all of America to watch them do it.

Secondly, what seems lost in a lot of people’s RABBLE about all of this is that any relevant question that could be asked of a potential judge can’t be answered by them. They know better than anyone that it is not just possible but also highly likely that whatever they’re asked about could very well end up in front of them as a SCOTUS case. Anyone with decent intelligence is going to couch their answers upon that premise—that it is wise to avoid any committed answers to anything with even the remotest possibility of being ruled on by them as a judge.

This is why any article or commentary by journalists and laypeople alike that centers on how many questions he “dodged” or “evaded” compared to Dr. Ford (or even that he dodged or evaded at all) is utterly ridiculous and demonstrates ignorance about the political process. If you don’t understand what those senators are doing—and if you fail to realize that their minds were made up long before they started questioning him—then you are way, way behind the curve.

Just prior to my attending of my first committee hearing, a somewhat-prominent political figure told me, “if you don’t know how the members of the committee are going to vote prior to the hearing even being held, you’re the rube.” There are certain things that are understood in politics that aren’t widespread knowledge outside of it, and this is kind of one of those things, at least on the smaller stage. But once it hits the level of a SCOTUS hearing, this is pretty widely understood—if you think that these hearings are for anything other than grandstanding, then you’re the rube.

Here’s the thing: I don’t have an opinion on Kavanaugh one way or the other. He’s not going to be as disastrously progressive as a Ginsburg, but there are also a few signs (ahem, Fourth Amendment) that he’s also not exactly Clarence Thomas.

But regarding the accusations about him, I really have no idea because, well, I can’t know. Nor can you.

It certainly doesn’t seem that there is enough evidence pointing toward his guilt that he would be convicted in a court of law, and the accusations seem to have lots of holes. But I’m also not going to sit here and claim that he’s some virtuous man of honor simply because he cried from the pressure and said that his dad kept a calendar. It’s still entirely possible that he got wasted and did something awful.

But I’m not going to make that call because we can’t know that. And so I’m certainly not going to rant away on social media about anything definitive in this case.

I’m not the rube.