HomeCultureA Legitimate Use for Hipsters 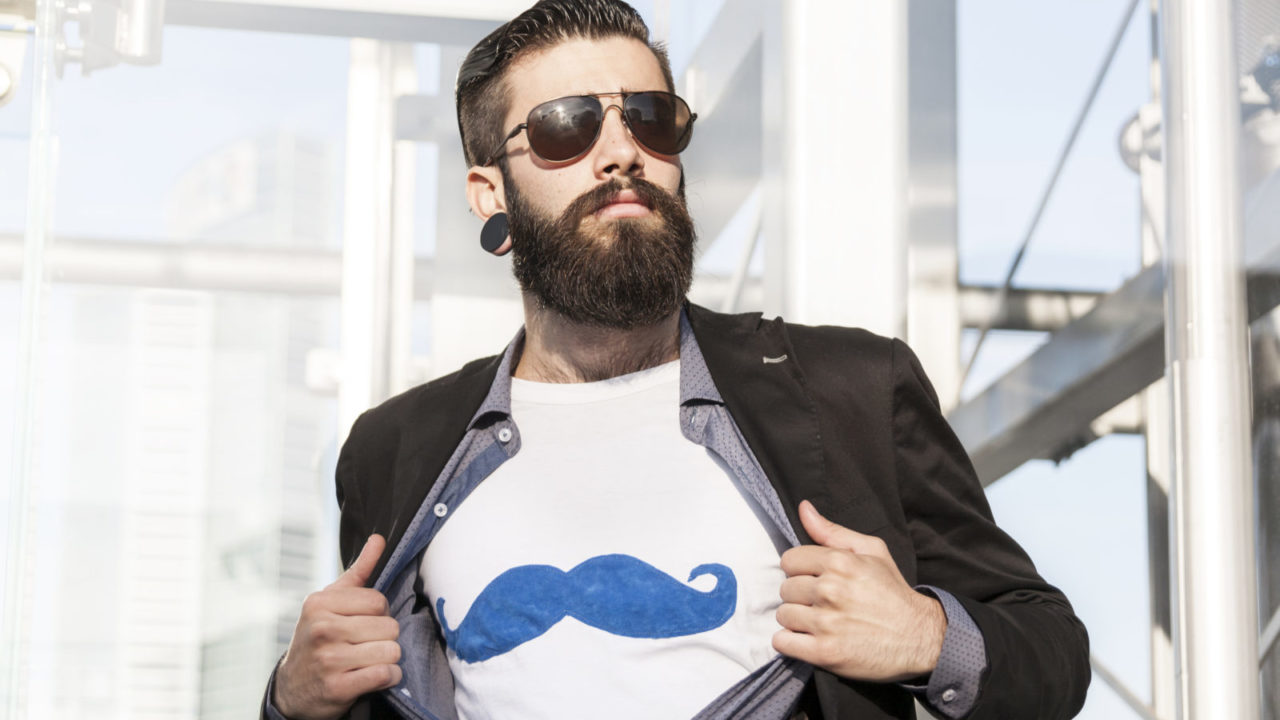 I had an existential moment over Thanksgiving weekend. I visited my cousin’s apartment and realized that he is, in fact, Nash Bridges in skinny jeans. The place was a glorious collection of eclectic instruments, photographs, furniture, and a bunch of other weird crap I don’t have a name for. I’m pretty sure there were tribal African there, but they could have just been a new type of coaster.

As my wife and I meandered through what had to be the coolest bachelor pad ever, I noticed that there was an ancient device typically housed in the halls of antiquity; a record player. It wasn’t just decoration, as there was a respectable collection of actual records stacked below it. I then noticed a camera that I can only describe as prehistoric (by that, I mean it didn’t have a screen, and was probably from the 1920s) sitting next to a couple of pipes that were probably hand-carved in a village in Bolivia or some crap.

I asked my cousin what all this was for, and before he delved into the uses for each item, he started with this bit of honesty, “Some of that was due to a hipster-ish tendency.”

That’s when it hit me;

When the world ends, only hipsters will know how to use all the non-electric junk we will need to reconquer the world from the zombies.

Hipsters are the new Nazis or rednecks. Everyone loves to hate them and doesn’t have to even give a particular reason to do so. Even hipsters hate hipsters because of course, a hipster doesn’t believe that he is a hipster in the first place.

My cousin is a hipster but unlike most of them,

2. He lacks the snarky, slap-me-in-the-face attitude of most of them, and

3. He has more than a working knowledge of tools and construction, and

4. He has more worth to society than the rest of the barely-functional fetuses sitting in coffee shops congratulating themselves on their mustaches. He is an architect, or building designer, or something, and has quite a few other sets of useful skills. Essentially, he is a closet mountain man with hipster-ish tendencies such as V-neck shirts and tight pants.

It has now come full circle. If there is a doodad from the 1950’s I don’t understand, I don’t go to the crusty old dude sitting on his porch carving Injuns out of wood, I go to the hipster. Can’t get the phonograph to play? Call a Hipster. Hand-crank telephone giving you problems? Call a Hipster. Gutenberg printing press not working? Call a Hipster.

I am only knowledgeable in the technology that was around when I was a teenager. If something is new, I can’t get it to work unless I use a shotgun on it. If something comes from my grandfather’s generation, I’m totally lost. I hate to say it, but in this regard, I am less useful than a hipster. Existential moment indeed.

This has changed my opinion of that genre of Americans. I typically cast people into levels of how useful they would be in my apocalypse team, and hipsters have always occupied the rung of “moving target practice.” Say I’m tired of killing zombies and want a morale booster, I would just play “Pin The Tail On The Hipster” with rapiers when I’m feeling just a little bit stabby.

Now I realize that when the power grid gets taken out and the only ones who can survive are the people able to use ancient agricultural technology, I’ll need one of those hipsters to operate my cotton gin.

I see the cycle of hipsterdom becoming complete when they are able to create a house using only some sharpened rocks and a few trees because they did that “before it was mainstream.” Of course, they’ll still need my services for other jobs such as

– Fighting off hordes of zombies (most hipsters could probably only eviscerate them with poetry, or blow smoke rings at them), etc.

As I gleefully plan for the upcoming collapse of civilization, I will now include spaces on my team for hipsters due to their knowledge of ancient technology and beard-growing capabilities.

Or maybe I’ll just get a few of the Amish. Ya hear me, buddy? You’d better learn some wicked barn-raising skills!

This first appeared in The Havok Journal on December 17, 2015.

Nate Coffey spent four years attempting to become a preacher, and later a chaplain. After deploying with the Marine Corps, Nate realized that being a Scout Sniper was way more fun, and hilarity ensued as he spent the next eight years attempting to do that job for the glory of our republic and our illustrious Corps. After deployments to Iraq and Afghanistan, as well as a stint as a WPPS contractor, Nate set down the gun and devoted his life to teaching his family (and indeed the world) the wonders of beards, improper civilian attire, knife-hands, and the DD214. He is a fan of chick flicks like “Commando” and “Boondock Saints.”