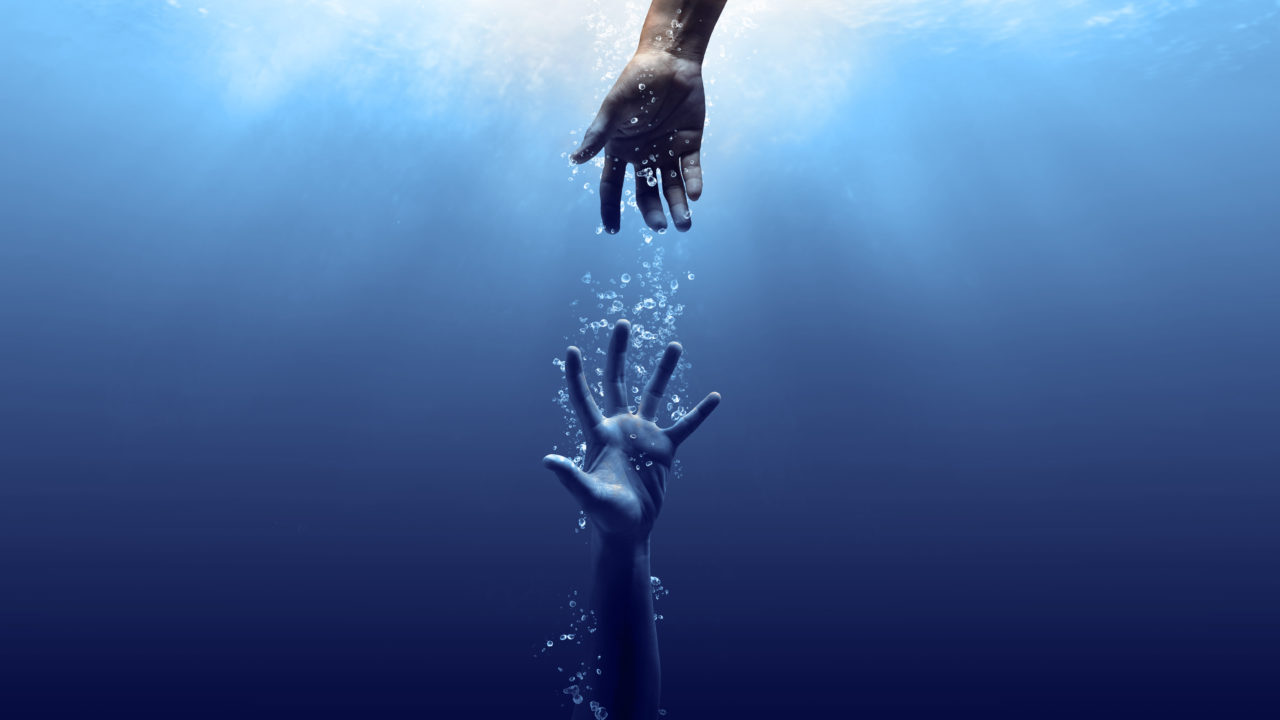 I don’t know what you believe but this is what I have learned about life: whatever comes afterward is not as important as how we live now. The things we do today matter. And yet our culture seems to find more value in someone once they’re dead.

We fight over the value of things and weigh them as if they have substance and we miss the point — death is the end. Even if you believe in Heaven, that distinction still means you are gone from this plane. If you’re gone, never to return, shouldn’t the things you do here matter?  Why we’re here has to have some more important meaning. If the spirituality of the issue is too diverse, we need to focus on the mechanics of the process instead of the end result.

I can tell you that an angry child grows up to be an angry adult. I see that in death people are excused from their behaviors in life. Why?  I feel like there’s so much damage in the fabric of society today that there is no returning and no real growth. We simply have scar tissue everywhere we look. A life is lost, taken, and people protest. The first thing those protestors do? Create an image of the individual that’s a lie.  “Gentle Giant” is a term that gets used frequently. Really? When we have video proof that they were anything but gentle? Why lie? Why create an image to excuse a violent nature?

Why protest an unremarkable life, except that you object to the way it ended? If life had been valuable before it was lost, if the effort put into the protests had been injected into the boy before the man grew up to be violent, then life itself might not have ended the way it did.

A woman is raped. When she cries out for justice, she must prove her innocence instead of receiving support from the community. The media makes up stories that make it even more difficult to find justice.  Children are systematically molested by a figure of importance in a college community with the full awareness of other members. Nothing is done. Why? Because the lives of those children are less valuable than the status of the organization. It wasn’t until those children found their own voice that any hearing was conducted.

There has to be more of a point to life than just death.

It does not matter what you think comes after death, what are you doing to live right now? I’m not saying go out and adopt a homeless person or give more charitably than you are. I’m not judging you. I’m talking about all of us.

Every day the world seems a bit colder. Humanity is a bit more challenged. It’s far easier to feel negative emotions than positive ones. We look around us and see the cruelty, greed, and lack of compassion. Most of this is hype from the news, but it’s very real and pervasive.

How much of the hopelessness that is being felt or the suicide rate is due to the overwhelming deluge of callous disregard for human civility? Children today grow up overwhelmed by media sources who expound on very few positive virtues. Turn on the television or log onto the web, everywhere you look you’ll find a story as graphic and vile as possible.

Is it any wonder we have behavioral health problems? People commit violent acts because they learned to commit violent acts. All abuse is not physical, but all abuse is cumulative. How often is a child dehumanized by exposure to things that they cannot understand?  There are places where children are systematically trained in violent behavior. They are taught to kill to become the most vicious soldiers when at this time in their life they should have been learning to care. Given lessons in power and hate, they were broken.

America is supposed to be home to a dream where anyone can become anything they wish to be, but the pursuit of that dream has become a means to its own end. The worship of values that are superficial against the needs of our spirit, all because we are more concerned with the end instead of the middle.  Is your ability to be happy in Heaven supposed to be at the price of today?

Happiness is such an easy word, but so difficult to achieve because so often it is equated with substance and wealth. The living are disregarded in the need to survive. Existence is not enough, but somehow that is the default and that’s all people, in general, seem to care about.

There’s more to life than money or things, but that’s the measure of our society because we’re bombarded with it from birth. By the time we can comprehend, we see things as more important than anything else because that is what we are told we want. It is hypnotic and pervasive. We’re browbeaten into wanting things as a replacement for the happiness we should automatically have. There’s no price on being happy, but somehow we have been convinced that there is one.

I don’t have an answer. If I did I would share it. I can only say that I learned the hard way that the end is not as important as the journey.

It does not matter if there is a reward after death. Live a rewarding life and enjoy the now. The misery of today is not paid off in happiness tomorrow. Fix it.

Leonard O. Benton is retired from active duty military service with 24 years and two combat deployments to Iraq. He left the Regular Army after 10 years and became a National Guard Recruiter for his first tour in the AGR program followed by over 10 years in Operations as Force Protection, CBRN, and three years as C-IED. He has an Associates’s degree and is currently working on his Bachelor’s.

He is an amateur metalsmith and when he is not working or writing he can often be found in his shop pounding away in the attempt to transform a lump of metal into an icon of beauty or function. His years of operational planning, threat analysis, and a deeply cynical view of our imperfect world leads him to focus on world events and cultural beliefs that tend to cause the most friction and chaos in the world around us. He is a libertarian and he believes in personal freedoms and accountability. The Havok Journal gave him an outlet to express the things he sees wrong in the world and the opportunity to once again provide advice on how to fix it. Leonard can be contacted at leftoftheboom@yahoo.com.