HomeCultureJeffrey Epstein Is Dead By “Suicide,” and His Secrets Died with Him. What Now? 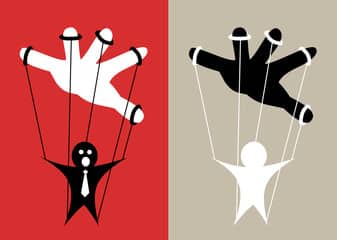 Jeffrey Epstein Is Dead By “Suicide,” and His Secrets Died with Him. What Now?
by Scott Faith

Now I love a good conspiracy theory, mainly just to laugh at the idiocy of people who believe in them (“Jade Helm,” anyone?). But what makes this one different is that there is a LOT to seize on from a conspiracy standpoint. To begin with, the Epstein underage-sex scandal has touched (pun intended) a LOT of rich and powerful people, everyone from the UK’s Prince Andrew to the US’s President (and serial philanderer) Bill Clinton.

A lot of people were involved with Epstein over the years, including President Donald Trump. That doesn’t mean all of them–or even most of them–committed any crimes during their association with Epstein.  But they could have, and multiple investigations were likely.

But then Epstein conveniently died, and much of the world’s elite likely exhaled in relief.

That Epstein died in jail surprised no one. Late last month, Epstein was found lying on the floor of his cell, with marks on his neck. It was unclear at first whether this was “jailhouse justice” meted out by fellow inmates, or if it was a suicide attempt by Epstein. It well could have been the latter; Epstein skated on related offenses several years ago, but it was probably clear to him that he was going to federal prison for the rest of his life this time. So he very well could have tried to kill himself last month, and have done it successfully now.

But this is where it gets interesting. A *lot* of people were nervous about what Epstein was going to say to save his own skin. The potential charges were serious, particularly in the current #MeToo era.  What he knew could put a lot of people in jail for a long time, cost a lot of people money, and cause a lot of political problems for some very powerful individuals and organizations.  In short, a lot of people wanted him dead.

“People turning up dead” in connection with an ongoing scandal involving Bill or Hilary Clinton has become so commonplace that it has become a trope in American culture. The leading conspiracy theory involving Epstein is that the Clintons had him killed.

People also wonder how Epstein managed to kill himself while in a maximum security prison, given that he was on suicide watch after, you know, his earlier attempted suicide. Well, as it turns out, he wasn’t on suicide watch. Well that’s weird.  And concerning.  No worries, we’ve got the in-cell surveillance footage, right? Um… so about that…

So, a guy who could potentially bring down some of the most powerful men in the world and throw America’s political elite into total chaos suddenly ends up dead at his own hand, in prison, immediately after being taken off of suicide watch, and there no video to back it up? Now that, my friends, is a good conspiracy theory.

So what’s going to happen now? Well, for one thing it’s going to be a lot harder to prosecute the people who partook of Epstein’s services, and to get justice for the many young women who were victimized by him. But there is also going to be an investigation into Epstein’s death, directed by the highest levels of the Department of Justice. So maybe we’ll find out what really happened once that investigation is over.

Or not. That’s what makes conspiracy theories so interesting…