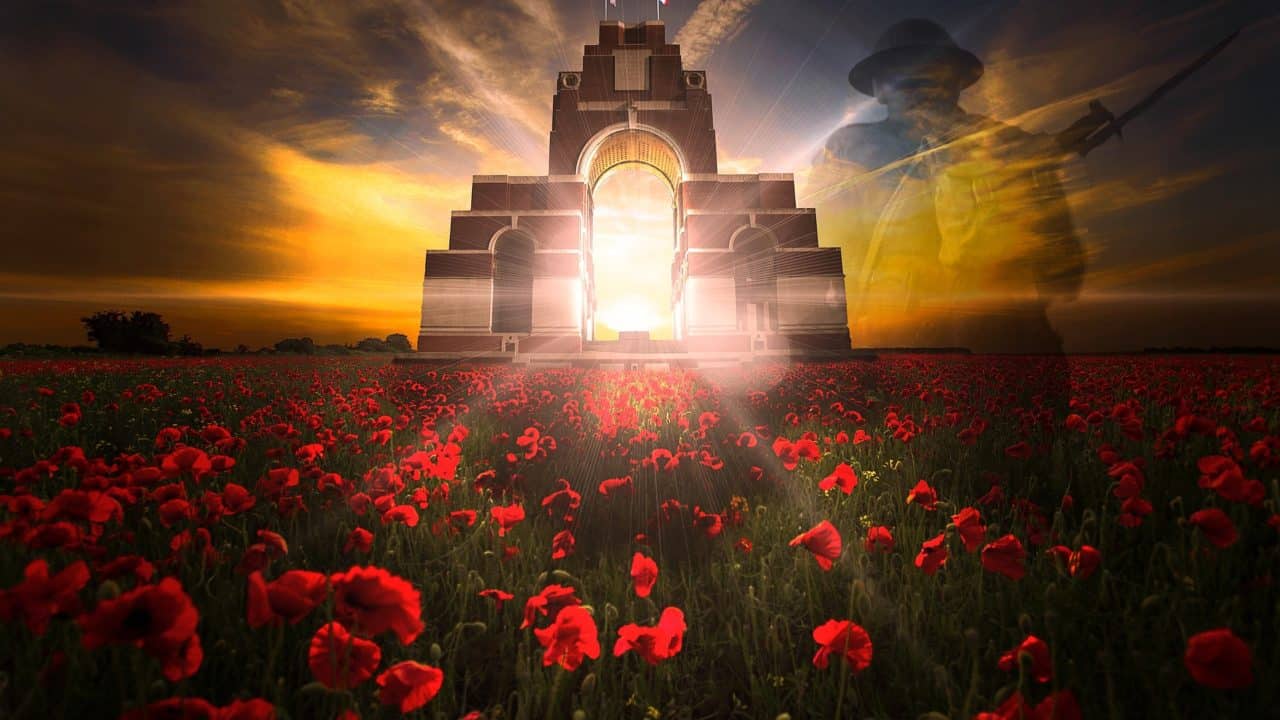 When people thank us for our service on Memorial Day, our go-to is getting angry. We lash out and puff up and tell this uneducated civilian, “Don’t Thank Me… thank the ones who didn’t make it back.”

Frankly, Veterans, we need to do better.

As sad as it is for us to admit, many people just don’t know the difference between Memorial Day, Armed Forces Day, and Veterans Day. When those people thank you for your service, we need to remember that their words are coming from a good place.

They’re not saying it out of disrespect; they are saying it because they APPRECIATE the military and what we do and have done for their freedom. They may not know what else to say. They aren’t going to ask about your fallen brothers and sisters, so they say “Thank you,” and they hope you see the kindness behind it.  Former generations of military personnel didn’t get that respect or appreciation. Even though most of us don’t even need to hear it, just let it be ok.

So instead of getting angry, educate. Tell them “thank you” for the kind words, but today isn’t for me. Memorial Day is for the ones who didn’t make it back. Would you like to hear about [whoever you lost]? Try this if you feel comfortable doing so. I guarantee you, that will have a thousand times bigger impact than a snarky reply. If you educate them and offer to tell them stories, you make it personal for them. You just bridged a gap between the military and civilian groups, and hopefully, they go on to tell their family and friends about the encounter. Congrats, you just accomplished the goal of teaching people what Memorial Day is really for.

Just as most civilians don’t know the true reason for Memorial Day, it is shocking the number of veterans and active military who don’t know the Flag Code for the day.

“On Memorial Day, flags are flown at half-staff from dawn until noon. At noon, the flag is raised briskly to full-staff until sunset, when it is lowered completely.” This is to mourn the fallen for the first half of the day and to celebrate this country’s Heroes of War for the rest of the day.

That is so important for us to remember. We SHOULD mourn. We CANNOT forget. But we also have to LIVE.

When civilians go away on long weekends, or when people bust out the BBQ on Memorial Day, don’t get mad. Just don’t. Understand that our brothers and sisters in uniform died so we get to LIVE, so let people live.

I cannot name one person who currently wears the uniform or any of the ones that are no longer here, that would ask us to sit around and be sad all day. Hell no. They would kick our asses, hand us a beer, and tell us to enjoy the life they fought for us to have.

We all know that if they were here, they would be spending this day with their family. So do it for them. Go pick up their wife and kids, and drag them out to the lake. Take his girls to the baseball game you know he loved. Bring her son on a fishing trip because she no longer can. Help their families live the life you know they would have wanted.

But don’t begrudge the people of America for the ability to spend quality time with their families because we are sad. Educate them, and mourn the fallen. But then, f**king live. Because we all know that is what they would have wanted.

When I wrote the song, “Won’t Be For Nothing” about Memorial Day, I sent it to a huge number of Gold Star Families. People who know first hand the meaning, the sadness, and the loss on Memorial Day. I wanted to be sure that my point of view wasn’t hurting the families who felt that loss. And not a single one, zero families, asked me to not release it. Across the board, they said “Yes, you need to put that song out there. That is what they would have wanted. They want us to live”

The last Monday in May is a hard day for most people associated with the military. We know its significance, and we know the cost of that day. So tell people about the cost. Remind them of the sacrifice. Then go have a BBQ with your family, and set out a picture and a full beer for the guys who can’t be sitting there with you.

“Live this life to the edge of insane, go wild with your loving. Because we’re celebrating their sacrifice, we can’t let it be for nothing” ~ Sailor Jerri 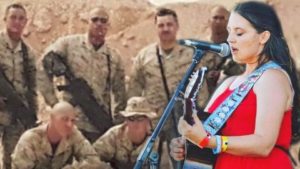 Flight deck to a stage…

Sailor Jerri is a Navy Veteran from central Minnesota.  While serving in the US Navy she worked as an Aviation Mechanic on F/A 18’s with the VFA 83 Rampagers. Jerri started playing guitar and singing for the long-term care at the VA, and in veteran support groups.  In April of 2017 she wrote and posted “Hallelujah Veterans Version”  In just a year it was viewed over 125 million times, and downloaded in 22 countries. That was the beginning of her music career!

She has been busy writing and in the studio ever since. “No Rules In Sight” her new album, was released on April 13, 2018!   It hit #14 on the country charts.  It is available on the website, iTunes, and Google Play.  Jerri started her year in February 2019 when she took off for Las Vegas to begin her 2019 tour at Mandalay Bay.  Already added to the schedule is over 16 states and 45 shows. Jerri filmed a music video for her original song “I’m Going Anyway” in her squadron’s hanger-on Naval Air Station Oceana.