HomeCultureMy Husband, Our Marriage, His Rank 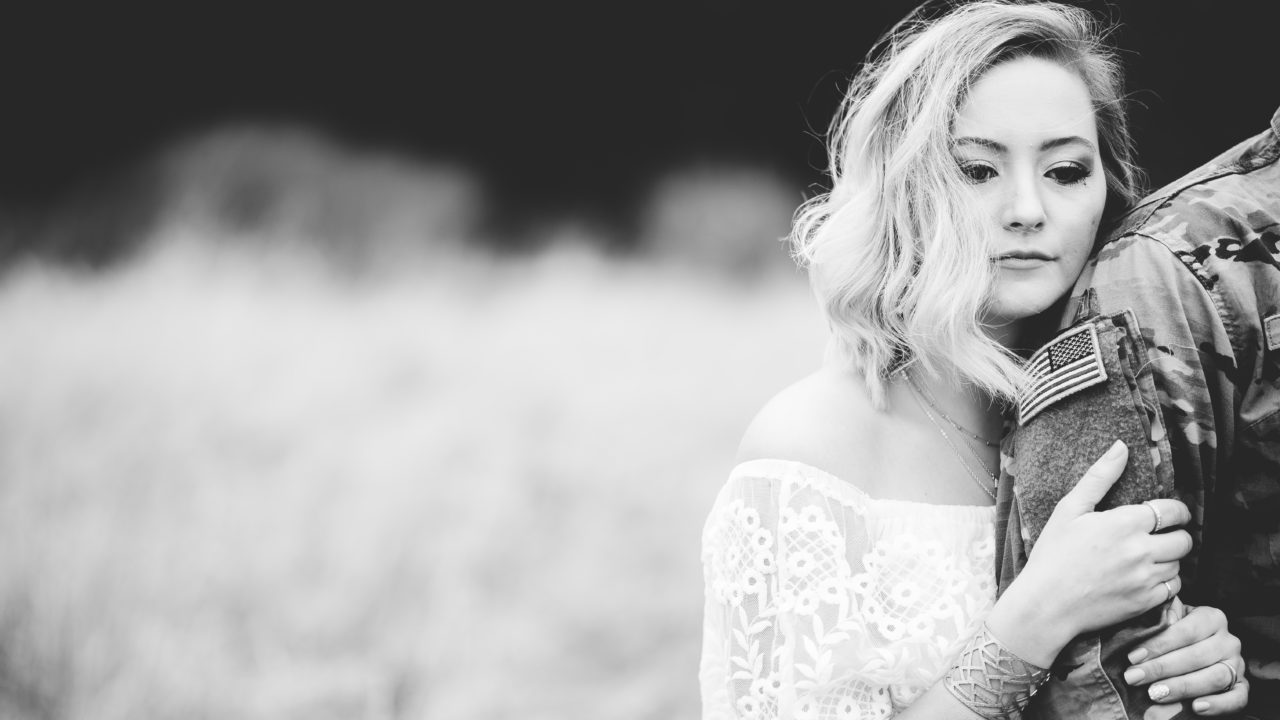 Not that long ago I got the privilege of pinning on my husband’s rank in a ceremony intended to celebrate and honor his dedication to the career choice he made. His perseverance for the last umpteen years earned him those shiny new pieces of metal on his collar on his dress uniform.

That was his dedication, his perseverance, his deployments, his long hours, and his constant mental and physical fatigue that earned him that new level of respect and responsibilities. Not mine.

In my last article I explained how fiercely proud I am of his career and the things he does as a service member. There is nothing in this world or the next that could make me think otherwise.

My job as a spouse and a mother and in my own career is not what earned him that new rank. Yes, I support him and do everything I can to make it easier for him to do what he does, but I didn’t earn his rank for him. It wasn’t the fact that I get up at five in the morning and make him breakfast or pack his lunch when he’s home or tend to the children or, on occasion, move our entire family on my own. It may have helped, but I wasn’t there helping him lug his gear in Iraq or Afghanistan, or standing beside him, holding his hand as a new recruit while he was being yelled at in boot camp. My husband did that all on his own. While I am his biggest supporter, I am only allowed glimpses into his life as a service member so I cannot take credit for his accomplishments. I do not wear his rank. And it irks me when I see spouses who do.

It should come as no big surprise that I am not a member nor actively involved in the Family Readiness Group (FRG) or really any other meeting of military spouses and there is good reason. The few times that I have tried to become involved, I was immediately reminded that so-and-so was the spouse of so-and-so-else and, therefore, demanded my respect and attentiveness before I even had the audacity to judge whether or not they earned it from me on a personal level. I’m sorry, but your spouse’s rank has nothing to do with who you are as a human being.

Maybe you’ve seen a few more deployments than I have. Maybe you’ve spent a few more holidays alone than me. Maybe, even, you gave birth without your service member present. Maybe you think that the few extra years your spouse has been active is a reason for you to take on not only their crusty timeworn persona, but their bars, anchors, rockers, or stars as well. Well, it’s not. And it’s annoying when you do. Not only that, but you actually turn away more spouses than you take in, which is why those emails and calls go unanswered and the turnout is poor unless somehow suddenly your higher-ranking spouse becomes involved and Family Fun Day becomes mandatory . . . which is no fun at all.

I’m not lumping all spouses in this category of having the rank-flaunting-mightier-than-thou attitude, in fact, it’s actually kind of rare. But for the ones that do it, you leave a very bitter taste in the mouths of other spouses. The impression that you leave is enough to make a good portion of us stay to ourselves and weather out our spouses’ deployments alone. That’s a shame because we could use the advice and tips on how to stay sane during those months filled with nights that never end and how to work around getting something from our spouse’s chain of command. We could use someone who has been away from their own family for years to teach us how to navigate a new command or what programs would be best for our toddlers and teens. We need this instead of snubbing noses, cutting eyes, and making us feel inferior to you because our spouses aren’t rocking something quite as shiny as yours is.

I have debated rejoining the FRG or some other group. I want to help other spouses and add people to my network because let’s face it, moving every few years makes it difficult to make lifelong lasting friendships. I want to show someone how to navigate the websites, get workarounds when their spouse is deployed and the best places to get a discount at. I want to show someone all these wonderful things I’ve learned because I’ve been a party to this lifestyle for quite a bit. But I do not want to sit in a meeting with spouses who wear their military members rank as if they were lacing up the boots and buttoning up their blouses every morning along with them.

Instead of filling out forms or introducing yourself to the FRG or any other spouse as Jenny G.I., spouse of Colonel/Master Sergeant/Chief/General Johnny G.I., how about starting out with your personal interests and needs. For me, it would be: “Hi, I’m Cora. I write horror stories, play video games, like shooting guns, eating bloody steaks, and have the sense of humor of a twelve-year-old boy. I need help finding additional programs to put my toddlers into and I would like more information on alternative medical options for my current health issues.” Then later, after I’ve had a chance to get to know you without your spouse’s rank, then you let me know how much experience you have being a spouse and what kind of help you can actually offer.

There are roughly 316 million people in the United States. Out of that, there are 1.4 million active-duty service members. We family and spouses make up roughly another 1.9 million of the population. While my math may be off, we plus our military members are still less than 1% of the population. We are a minority and for once, it has nothing to do with our individual races or religions or even the soda we drink. We are a minority because of the lifestyle we chose when we said our vows or stood behind our spouses when they signed their names to that contract.  We are a minority because there are so few of us to stand together and yet, we alienate one another and we base our contact with each other on the accomplishments of our spouses. It’s ridiculous.

Right now we spouses and family members face issues we’ve never had to deal with before. The military is being cut back. We’re sending our spouses back off to combat after readjusting to them being home. Our own lives and safety is being threatened by terrorists who encourage following home our spouses and murdering us all in our beds. And yet, there are those of us who refuse to come back down a notch and be just a friend or a shoulder to cry on without the pin from that collar device poking someone else in the eyeball.

So, we all need to do what we are able to help out where we can.  I’m not re-joining the FRG, but that doesn’t mean I don’t want to help.  I’m Cora Kane. I’m a military spouse. I’m not telling you what rank my husband is because it doesn’t matter, but if there are any of you out there that needs a friend or help to understand the Tricare jargon, I will do my absolute best to help you. Or you know, if you want to play a few rounds of Left 4 Dead and go grab a burger, I’m down for that as well.  When it comes to military spouses it starts and ends with us, so do what works for you.  Let’s go forward together.

This first appeared in The Havok Journal on December 8, 2015.

Cora Kane is a horror/thriller writer who currently lives outside of Tampa, Florida with her husband and their children. Her first novel, Briar Lake,  has been picked up for publication and was released in 2015. Originally hailing from one of the small towns that surround Ft. Bragg North Carolina, Cora wanted nothing to do with the military lifestyle until her husband swept her off her feet. At a very early age, Cora fell in love with reading and soon thereafter discovered her affinity for writing. This love helped her to excel in school, except when she would get caught reading in algebra. While she can’t count very

high, Cora is proud of her role as a military spouse and everything that it encompasses, including its unique challenges. Cora balances her time chasing babies, creating monsters, being an awesome wife, drinking absurd amounts of coffee, and writing for The Havok Journal. Cora can be reached at corakane.author@gmail.com