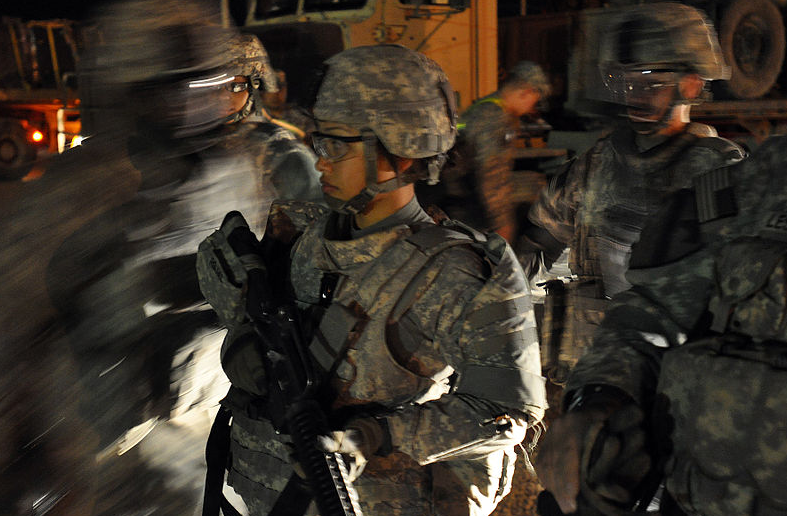 I’m a couponer, and not by choice. My husband is career military and I’m a career stay-at-home mom who dabbles in writing between diaper changes and grocery runs. Funds are constantly tight so I have absolutely no qualms asking for that sacred ten percent military discount.

Often the person in line behind me will ask to shake my hand, when it’s not grabbing a toddler and balancing a gallon of milk that is, to thank me for my husband’s service or to introduce themselves as a fellow suffering spouse. Sometimes, however, that handshake is followed by: “So, what does your husband do in the military?”

I have never gotten an eye-widening, jaw-dropping, “awesome!”-exclaiming response when I tell them my husband is a support guy. I have, however, gotten eye rolls, looks of confusion, and once, someone asked me if that was like being a towel boy.

Admittedly, my husband doesn’t have the traditional “sexy” military job. You know the ones: those jobs in every terrible Fabio-covered romance book ever where the protagonist is some former member of some super-secret military sect whose skills come into play to save the damsel in distress. My husband isn’t a Ranger, a SEAL, or Special Forces. He doesn’t pilot fighter planes or drive tanks or even polish nuclear warheads. He certainly doesn’t get extra pay for having earned a tab, Trident, or other special qualification.

He does, however, deploy just as often and just as long, and with just as little notice. He sleeps on floors, in tents, and sometimes not at all. Sometimes it’s lavish houses and hotels. He’s expected to work just as hard as the real door kickers or not at all. I imagine he’s kind of like Q in the James Bond movies. Okay not really, but I tend to read a totally different type of romance novel. Mine have David Tennant on the cover instead of Fabio.

And while he isn’t using his physical prowess to jump down from stealth helicopters in the middle of the night or climb over ten-foot high walls in full battle rattle, or hump in from ten clicks from the target, my husband is fiercely proud of his job, what he’s able to do to support the guys who do just that. And I’m fiercely proud of him.

Without men and women like my husband—support weenies—at least from my point of view, the machine that is all things cool guys (and girls) wouldn’t be as well oiled. So yeah, maybe he is kind of like a towel boy and while that doesn’t seem sexy or even important to the outside world, it is. Without guys like my husband, the cool guys wouldn’t get the necessary ingredients needed to make a big ole pot of kick-ass stew. It’s like being on a very strict budget and leaving the coupons at home. The job may still get done, but come the middle of next week, someone’s going to have to count change to get another gallon of milk. Now, about that 10% discount… 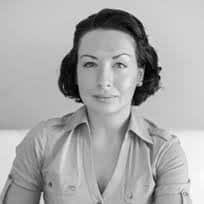 Cora Kane is a horror/thriller writer who currently lives outside of Tampa, Florida with her husband and their children. Her first novel, Briar Lake,  has been picked up for publication and was released in 2015. Originally hailing from one of the small towns that surround Ft. Bragg North Carolina, Cora wanted nothing to do with the military lifestyle until her husband swept her off her feet. At a very early age, Cora fell in love with reading and soon thereafter discovered her affinity for writing. This love helped her to excel in school, except when she would get caught reading in algebra. While she can’t count very high, Cora is proud of her role as a military spouse and everything that it encompasses, including its unique challenges. Cora balances her time chasing babies, creating monsters, being an awesome wife, drinking absurd amounts of coffee, and writing for The Havok Journal.Cora can be reached at corakane.author@gmail.com.

This first appeared in the Havok Journal on October 18, 2014.