HomeCultureHow I Screwed Up the Stool Sample for Ranger School

So there I was, finally getting my shot at Ranger School! As anyone who has been in a Ranger Battalion knows, “going to school” makes life a whole lot easier, as well as opens up other opportunities such as leadership roles or special duty positions. The 75th Ranger Regiment claims to have the best leaders in the Army, and as such they require all of their leaders to have attended and passed the militaries premiere leadership course – U.S. Army Ranger School. With three deployments under my belt, it was long past due for me to go, and I had the usual hurdles to check off before I departed for Fort Benning. The Pre-Ranger Physical was one of those things.

Most of the physical is not that big of a deal to knock out. One of the tasks on the checklist is to get your ‘labs’ done. This includes providing a stool sample. So, after I finished up one portion of the physical with our company medics, they sent me over to the lab window where a young female soldier awaited my arrival.

“Hi, I’m doing a physical, and need to give a stool sample?” As she handed me the necessary materials, she said, “Alright, take this kit, and bring it back tomorrow with the sample.”

I didn’t receive any further instruction, and didn’t have any questions. Honestly, how complicated can it be? So, after I got off work that day, I went over to my girlfriend’s house with the kit. A few hours later, it came time for me to make a bowel movement. So, I grabbed the kit, which was a brown paper bag with a plastic baggy inside, with a popsicle stick inside that. I laid it out on the counter and immediately two questions came to mind; why did they give me a popsicle stick, and how am I going to take a shit into this tiny little plastic bag? So, I threw out the popsicle stick, thinking it must be there as a way to guide your MRE missile into the bag. I crouched into a half squat over the toilet whilst using my right hand to brace myself against the wall, and my left hand to hold the plastic baggy open just below my poop chute. There is no way I am not going to shit on my hand, why don’t they have a better system for doing this?

Moments later, the necessary muscles contracted and I expertly took a shit into a small plastic bag with out so much as a drop of fecal material landing on my hand. Quickly, I moved the plastic bag away from the blast area, and sat down on the toilet to complete the task at hand. I felt pretty good about myself, and the sample was… well… ample. I filled the plastic bag, giving myself a mental high five as one more thing was checked off the list before I headed off to Pre-Ranger. I put the plastic bag in the brown paper bag, and set it aside for delivery the following morning. 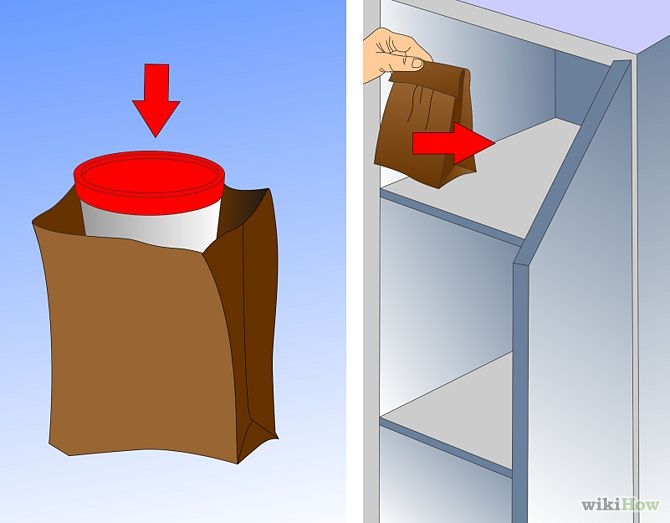 The next day, I headed over to Tuttle Clinic to drop off my sample – sack ‘o’ poop in hand. I walked up to the lab window, with the same young female soldier waiting to take my sample. “Hi, I need to drop my stool sample off for my physical?” I said as I handed over the brown paper bag. She took it from me, and the second I released the bag to her, she instantly sensed the unusually hefty weight of the bag. Simultaneously, her face dropped from a smile to a look of pure disgust. Seriously, you should have seen the look on her face.

“Specialist… what is in this bag?”

“Did you provide more than just the wooden stick?”

Shit, that’s what that was for?

“Uh, the plastic bag has my, uh, bowel movement in it. I didn’t know what the wooden stick was for,” I sheepishly replied.

Realizing she was holding the sizeable tird of a 6’5”, 220-pound male, she quickly punched it back through the window and into my hand, hastily explaining, “Specialist, you need to go take this somewhere – not here – and dispose of it. Here is another kit, I need you to produce a sample, use the wooden stick and wipe both sides of it on your sample, and place the stick, and only the stick, back into the plastic sack and return it to me tomorrow.” Jeesh, you shoulda said so the first time…

Great. Now I was a day behind on getting my physical completed. So, I went into the bathroom and disposed of my nuclear submarine, and then headed back to the company to let the medics know what happened. I was not looking forward to that.

“Skovlund, you finish up?”

“Negative Sergeant, I messed up the poop sample.”

Everyone in the company aid station stopped what they were doing. I’m sure that Marshall, the senior medic, was half in disbelief that someone could mess up such a simple task, and half completely unsurprised considering it was coming from me.

“How did you mess up the stool sample?”

“I took a shit in the bag instead of using the stick. I didn’t know what the stick was for.” Suffice it to say that they were amused at the thought of me handing a bag of skovnuts ala carte over to that poor young soldier. I’m not positive, but I think it probably made their day at just the thought of it. As for me? I spent the rest of the day re-telling the story in between bouts of, “Skovlund, where ya going?” I returned the next day with the proper sample, much to the pleasure of the soldier in the lab. All I had left to worry about was the prostate exam now… Can’t be too hard, right?