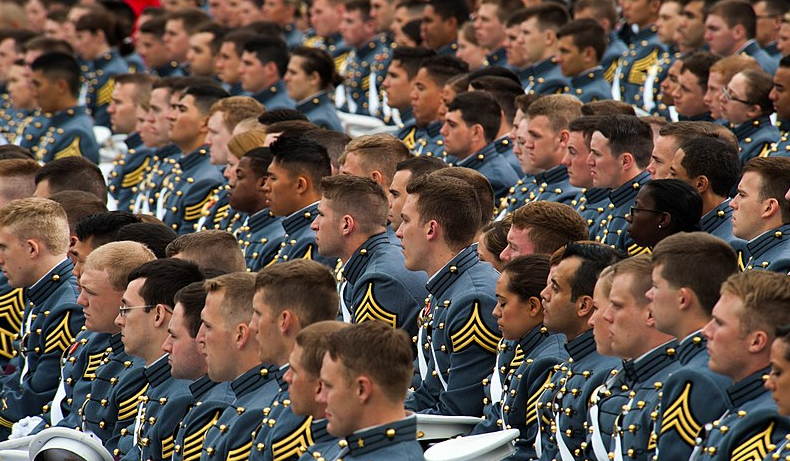 I think Danny Sjursen is entirely right to be skeptical of America’s emphasis on and methods of exerting power internationally. Those responsible for maintaining America’s National Security and for the lives of our service members owe the American people clear justification for how they spend our precious resources. Mr. Sjursen is rightly concerned that others will be sent into battle for weak National Security reasons in order to support a defense-industrial complex. However, in his article, “How the ‘West Point Mafia’ Runs Washington,” he does not seem interested in a discussion, but rather in presenting his own damning, but unsupported conclusions.

West Point graduates are perhaps the closest knit group in the world. Together, they endured four years of intense academic and military challenges, starting with the year-long test of Plebe Year. They got to know each other’s backgrounds, motivations and capabilities well through the long duration and then afterward into active duty. Naturally, they formed uncommonly tight bonds. Those bonds extend in both directions of the Long Grey Line. As a graduate of the class of 1987, my personal experience is that I can call another grad that I don’t know, of any year, and he or she will answer. …and I answer when they call. West Pointers believe that they are trained extraordinarily well to handle difficult problems. It makes sense that West Pointers, like any affinity group, would gather together and support each other to achieve success throughout their lives.

Mr. Sjursen, West Point ‘05, in his article uses the evidence of this affinity to accuse numerous graduates of corruption. Mr. Sjursen doesn’t clearly state any central thought of his article, so I could only assume what his thesis was as I read. He starts by casting doubt on the motivations of West Point graduates’ aspirations to live according to their vaulted class mottos. He continues to claim that the group is a “disease,” and the list of successful classmates provided by Representative Mark Green, “conceals much.” He questions the mechanics by which they gained success and their motivations since they are “key players in a corporate-military machine bent on, and reliant on, endless war for profit and professional advancement.” He accuses President Trump of mob ties and says that for the class of ’86, the “’Mafia’ moniker is actually fitting.”

Mr. Sjursen goes on to suggest that Retired COL Dan Sauter, now with Lockheed, and unnamed ’86 grads in Defense Acquisitions conspired to sell $1.5 billion of Lockheed Air Defense systems to Saudi Arabia. Ostensibly, this collusion was at the detriment of some other worthy competitor that Mr. Sjursen does not name. He then points out the ’86 grads associated with another $1.5 billion sale of Raytheon missile launch components to the UAE. Before he finishes his list of accusations, he throws in Rick Minicozzi, who owns the Thayer Hotel and Thayer Leader Development Group at West Point, because his company serves those lead by his classmates.

Though $3 billion is a lot of money it is a small part of the $67.9 billion the US conducted in Foreign Military Sales (FMS) in 2019. I’m sure if we had the organizational charts for both Defense Acquisitions and the awardees of these sales, we’d find West Point grads at every turn. West Pointers, like military professionals from every source, tend to stick with what they know. They know the defense space. They were soldiers who used the equipment and empathize with those in the trenches using it now. It should be no surprise and is no indication of corruption to find military Vets running the defense industry. In the same way, we wouldn’t be surprised to find a hive of Harvard grads in the financial industry or Berkley grads running social warrior causes.

FMS sales have risen to the 2019 levels from $41.9 billion in 2017. I believe that this uptick is a result of President Trump’s demand that US allies take on more responsibility for the defense of their own borders. I agree with Mr. Sjursen, the US should not put the lives of “future West Point graduates,” or my sons or daughter at risk in “hopeless crusades.” It seems that President Trump agrees with him also. If Iran is a threat worthy of being addressed, let Saudi Arabia or Israel lead the charge.

Then, suddenly at the end, Mr. Sjursen retracts everything he has said in the previous pages. He pulls out a giant eraser and uses the last few paragraphs of his article to try to somehow erase, or at least blur everything he has claimed up until that point. It is as if he is writing to discredit his own point of view. This is disappointing considering West Point graduates are steadfast in their beliefs and typically drive them home without equivocation. He writes, “Don’t for a moment think these are all ‘bad’ people.” Based on his own personal knowledge, Mr. Sjursen endorses LTG Eric Wesley as a “competent… and a decidedly decent man.” I’d suggest that Mr. Sjursen’s opinion of LTG Wesley reflects the same affinity that drives other Class of ’86 graduates when they are selecting those with whom to work. They know them. They trust their competence and motivations.

After the bulk of his article and his switchback, Mr. Sjursen asks, “So what exactly is my point here?”

Can we take a step back for a moment? Irrespective of the subject matter, this article and the fact that it was picked up by The Nation and Business Insider shows a lowering of academic, research, and basic literary standards. Our kids learn to have a thesis and where to put it in fourth grade… maybe earlier. West Point graduates all take Plebe English. There is no excuse for Mr. Sjursen to leave his reader without a thesis, not support his inferred thrust with reasonable evidence, and then to retract his points at the end. Who are the editors at The Nation and Business Insider that they wouldn’t reject a rough draft paper and refuse to publish it until it was properly organized and supported?

As we continue with the article, Mr. Sjursen says, “I’m not for a second charging conspiracy or even criminal corruption.” He goes on to say, “Most of what they do couldn’t, in fact, be more legal.” Mr. Sjursen seems to say that most, but not all of what they do is legal. Since he seems to believe that his free-form, Jazz-inspired writing is still not getting the point across to the reader, he finally identifies what he believes is his thesis by saying, “And that’s my point, really.” He believes that the system in Washington is legal, but the Class of 86 has a “giant conflict of interest.”

Mr. Sjursen makes a logical leap from a system that is legal to a conflict of interest by inserting his premise that the Class of ’86 is naturally corrupt when dealing with each other on both sides of a financial transaction.  As a West Point grad, knowing the level of integrity that I expect from my classmates and all grads and what they expect from me, I can only imagine that Mr. Sjursen is projecting his distrust of his own classmates onto the class of ’86. Mr. Sjursen’s argument would have to extend to some sort of defense acquisitions rule that forbids West Point grads from being on both sides of a sale since they like and trust each other.

After sifting through Mr. Sjursen’s article for substance, we are left with a list of successful West Pointers from the Class of ’86 and the residue of his distrust of their actions and motivations. We are also witnesses, despite his attempt to retract, to his unsupported accusations of corruption against President Trump and nearly every notable member of the Class of ‘86. If these guys are criminals, or even bending the rules, Mr. Sjursen provides no evidence.

Brace is the author of the books, Ranger School, No Excuse Leadership, The Art of War Organized for Decision Making, and TESTED A New Strategy for Keeping Kids in the Faith.

Brace is a Christ follower. He is a 1987 graduate of West Point and 1988 graduate of the U.S. Army Ranger School. Through 11 years of military service, he led three combat-arms platoons and two companies. Brace is a keynote speaker on topics of leadership and strategy development.