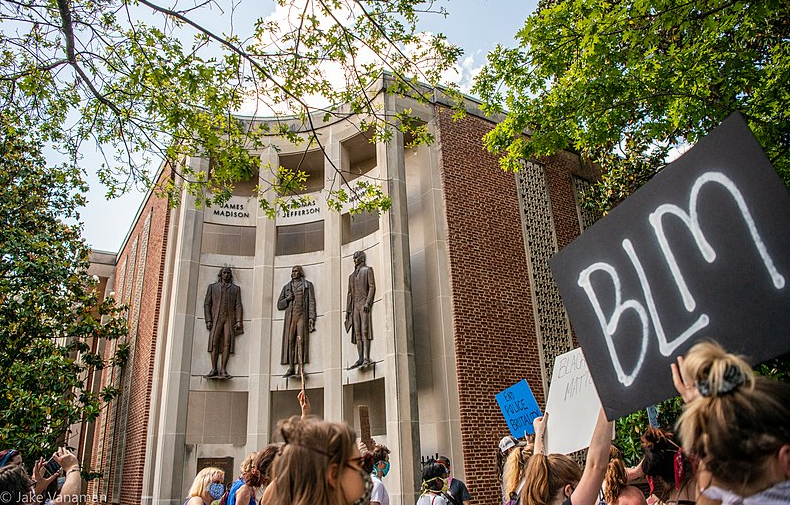 This article first appeared in The Havok Journal in August 2017. The message of historical context mattering is timeless.

In the wake of the tragic events that unfolded in Charlottesville, Virginia this past Saturday, our nation is understandably hurt, angry, and riven by an infinitesimal gaggle of racist sociopaths clamoring for attention. No matter how fear-inducing they presume their Nazi uniforms, Hitler salutes, ballistic helmets, 1930’s sloganeering, and bared tattooed arms while bearing arms are, the vast majority of this country — and the world — viewed the pathetic Tiki-torch spectacle as an embarrassment and a “clown show” until someone filled with hate plowed a car into a group of counter-protesters and an innocent woman was murdered.

Hopefully, we can all stipulate to what was just stated bereft of equivocation or nuance or false applications of moral equivalence.

There has been a cacophony of angry and condemnatory voices from across the country aimed at the president and his response. It has risen to a dizzying crescendo that has drowned out anyone attempting to explain some of the complexities of our society — its history, figures, and events that have shaped who we are as a nation.

The initial hate rally and protest that was staged by white nationalists, neo-Nazis, and Alt-Right loons in Virginia on Saturday was ostensibly to protest the planned removal of a statute of Confederate General Robert E. Lee. Ironic on its face that there would be a statue to Lee, a man who was adamantly opposed to Confederate memorials following the cessation of hostilities between north and south.

And we must acknowledge that many of the memorials to the Lost Cause were erected by antagonistic legislators — not at the end of our country’s Civil War — but instead at the turn of the century and later, in opposition to the Civil Rights Movement of the 1950s and 1960s. That’s an important distinction to make. But there’s another equally critical distinction necessary to make during the current debate swirling about the removal of historical symbols.

“Historical context” as a construct in viewing events and figures from our nation’s past is no longer relevant and has been summarily dismissed by hyperventilating and apoplectic members of the Left in pursuit of their progressive causes and as a means to paint themselves as the only side earnestly striving to root out injustice and establish fairness and equality for all. But by pretending to ignore historical context, it simply exposes their own dogmatic intentions and promotion of ignorance, incivility, and intolerance. Ah, the acrid stench of hypocrisy begins to fill our nostrils. Take for instance New York Times columnist Charles Blow. He recently tweeted this:

“Why are ppl out here arguing which slave-owning founders were good and which ones were bad? If you owned slaves you are dead to me…”

Really? Wonder if Mr. Blow cares that slavery, as an insidious institution, has existed since about 8,000 B.C. and actually has its earliest roots in the Middle East and Africa. I know that because I took the time to read Hugh Thomas’s voluminous 1999 tome, The Slave Trade: The Story of the Atlantic Slave Trade: 1440-1870. I highly recommend it to folks whose understanding of the slave trade begins and ends with America’s “original sin.”

We get it — America, while consisting of the original thirteen colonies and as a fledgling nation — participated in the dreadful practice for some 240 years. But, to witness the seemingly purposeful, ignoble absence of this important context is maddening.

CNN political commentator Van Jones, appearing on Anderson Cooper’s AC360 television program on Tuesday night attempted to be a bit more circumspect and sensible during a debate on historical figures. He earnestly contrasted George Washington, describing him as the “founder of our country” and “flawed,” but still worthy of praise and acclaim, with Robert E. Lee, whom he subsequently defined as “a person who led a rebellion.” Jones went on to proclaim that Robert E. Lee “did not deserve to be in the same sentence” as George Washington.

Let me get this straight. Both were slave owners and both led armed insurrections against an established government. One was ultimately victorious in his military effort. The other’s ended ignominiously with a surrender at Appomattox Court House in April of 1865. But one is worthy of praise and the other apparent rank condemnation. What am I missing here?

Also conveniently forgetting, of course, Lee’s distinguished military career leading American troops in the Mexican-American War between 1846 and 1848 and the fact that he freed his slaves — which he inherited and never purchased — in 1862. And since Al Sharpton can be “reformed” enough from his racist and race-baiting ways — enough so to become President Obama’s “race ambassador” and his “go-to man” on race matters — how can we still excoriate Lee, who said the following after his own epiphany:

“In this enlightened age, there are few I believe, but what will acknowledge, that slavery as an institution is a moral and political evil in any country. It is useless to expatiate on its disadvantages.”

And somewhere in parts of Africa — Nigeria, Ethiopia, Eritrea, and the Congo — and Asia — Thailand, Myanmar, and Pakistan — hapless souls in bondage cry out to be emancipated. I wonder if Mr. Blow has noticed. Let’s presume that those slaveholders in areas that perfected the onerous business of selling and owning humans over the course of some 10,000 years are dead to him as well.