HomeCultureGirls for Gunslingers: An Online Tribe for America’s Patriots 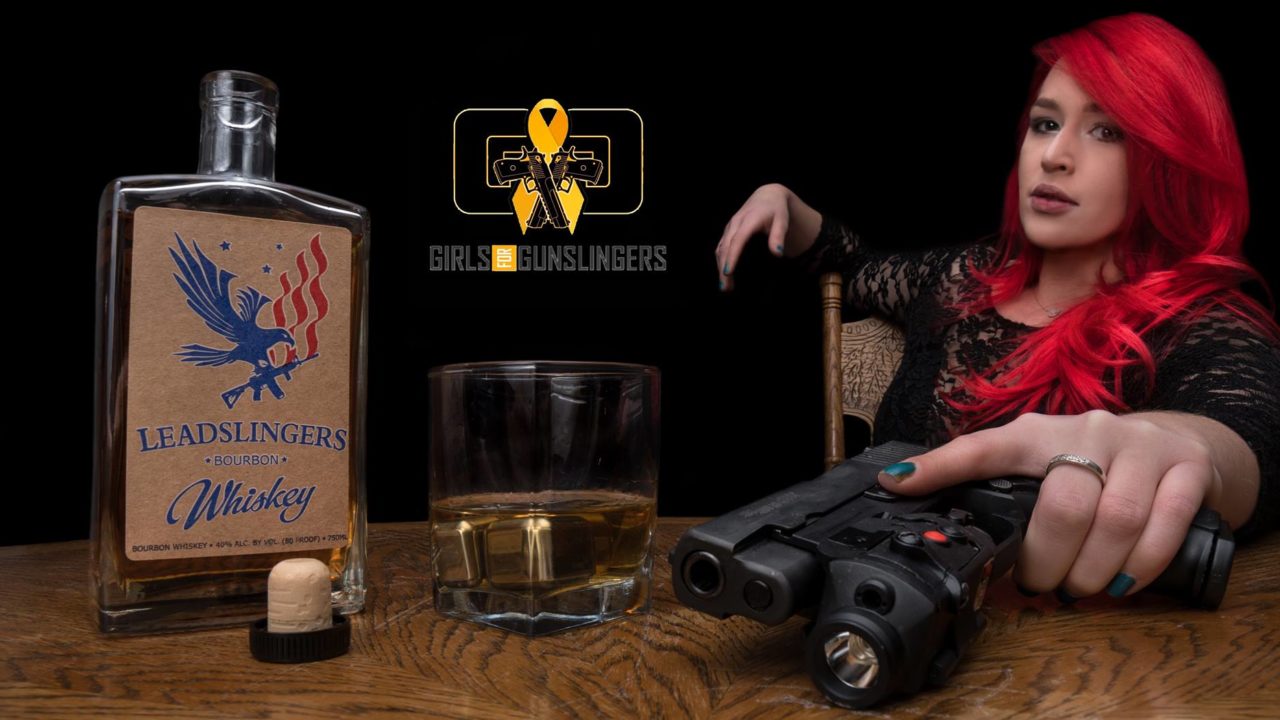 When her husband embarked on his fourth combat deployment, his tiny little Irish girl answered his frustration at the lack of available news, humor, and hot chicks on the Army internet by founding the Girls for Gunslingers Facebook page. It became evident very quickly that the Girls behind Girls for Gunslingers had something that resonated with the online military community, but it isn’t what you’re thinking. 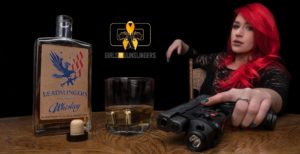 Girls for Gunslingers, or G4G for short, is now a destination dedicated to and focused on advancing and supporting the causes and needs of our United States Armed Forces, our Veterans, and our fellow brothers- and sisters-in-arms, including law enforcement, first responders, and others engaged in standing up for right and freedom in, and on behalf of, this great country.

Havok Journal sat down with the founder to learn about the concept behind her creation, why she started this organization, and of course, to learn more about her lovely team of admins.

HJ: Tell us how and why the girls-guns-gunslingers concept at G4G came to be. Did you originally set out to marry these interests, or did it evolve over time?

Dany: The idea to connect girls and gunslingers was in the cards from the very beginning. I am an Army wife, and a few years ago, my now-husband was deployed (again) to Iraq. Depending on where you were, the internet was, shall we say, selective? But Facebook was new, and the content wasn’t really filtered. I kept hearing a lot about morale being at an all-time low, and given what our guys were seeing on the ground over there, it’s no wonder. So, I sent a unique care package – a French press, a coffee grinder, and a metric shit ton of Starbucks, with a request – get me a response to this question, “What would make your guys smile without getting them in trouble, help them get through the days and nights, long enough to help them stay safe and come home mentally intact?” Their answers inspired me to start G4G.

HJ: Who are you guys? What do you guys do, anyway?

Dany: We’re an all-volunteer team. We have a few girls that are either prior or current service, a couple of military wives like me, and a motley assortment of other gunslinging professionals. Each of us has our own personality, but generally, it’s a prerequisite to be a hot, avid gun girl who likes Leadslinger’s Whiskey and has strong ties to the military, law enforcement, or first responder community. We’ve always maintained a very inclusive community, and our fan base runs the gamut as far as career backgrounds go. The common thread tends to be a serious appreciation for all things Second Amendment related, which really knits our community together.

HJ: We’ve heard rumors that you’re way more than that. On a serious note, what are you all up to?

Dany: We have long recognized the significance of, particularly, our accessibility to veterans transitioning both back from the battlefield and from military to civilian life. From inception, the G4G Mission has been more purposeful than sharing funny internet memes and pictures of ourselves in low-cut shirts and panties. We also operate a really phenomenal support network of quiet professionals that are trained to recognize the early warning signs of severe depression and suicidal ideation. This arrangement, along with our devotion and level of access to our fans, allows us to be a safe place to go for any gunslinger in crisis needing someone to listen, understand, and support them. The G4G Team frequently identifies a gunslinger at risk and works with him or her quietly behind the scenes to identify the root cause of their issue(s).

Oftentimes, we learn that the source is coming home to an environment that doesn’t feel the same anymore. Sometimes, he or she feels adrift, without a mission to connect to. And sometimes, there are unresolved legal entanglements that involve, for example, a divorce, or a problem getting the correct VA rating. And too, because we’re losing so many of these guys to suicide, sometimes what they really need is an appropriate battle buddy to help them walk back from the edge. Helping out with these issues gives a constructive plan, a new mission if you will. It saves lives. This team saves lives. It’s something we don’t brag about, but we’re really proud of it.

Dany: It’s a unique model, certainly. Our being silly on the page, posting pictures, and asking all manner of thought-provoking questions is one way to draw guys in, and on the surface, people assume that’s all we’re about. That’s just fine with us. We have been largely ignored and sometimes even bashed by other military pages as being “just another boob page,” although our detractors are far less nice about it, as you can imagine. The reality is, sure, guys find us because we’re doing the silly stuff, but they stay because we’re a family, and we watch over each other, we’re here for each other.

We go to extraordinary lengths on a routine basis to help our guys out, and it’s not unusual for one or several of us to stay up all night talking to someone who might be considering what we call a permanent solution to a temporary problem if you will. We never leave anyone behind. We obviously can’t know how many people are still around today because of what we do, but it’s a lot. We don’t say a lot publicly about it, and the privacy of our fans is paramount to us, but when you get right down to it, guys might find us because of our cleavage, but they stay because we’re more than that. You just don’t get growth and sustainability on a Facebook page like we have if you’re just another pretty face.

HJ: It sounds like you’ve stumbled onto a very novel mechanism to pull these guys to you, to keep them engaged as a method of helping them transition back into civilian life. What was the moment in which you realized you were involved in something this life changing, especially for veterans? And maybe for yourselves?

Dany: I think from the very beginning, we were onto something different. In the early stages, we did a lot of the traditional stuff, like sending care packages, and that was certainly meaningful on both sides. But once we started spending time really getting to know our fan base, we realized what a struggle coming home, being home, can be. I know for me, I had a fan message me one evening about his horrible nightmares, really describing some classic post-traumatic stress symptoms. His heartbreak was that he had no one to talk to about it, and so we talked for some time about his experiences downrange. He didn’t feel comfortable discussing it with his wife, although he characterized her as loving and supportive. When we explored why he felt that way, he didn’t say, “she just couldn’t understand, she’s never been there” like I expected – he said “I am afraid she’ll judge me for what happened over there, and I know you won’t.”

So, we spend a lot of time talking to the girlfriends and the wives too. Because for those guys who have them, they don’t know how to cope with the being home part either, and while everybody talks about how little we’re doing for our military – we’re doing even less for their loved ones. We talk in confidence to parents, siblings, spouses, anyone who needs us. Our inboxes are quite busy, and since we know each other so well, we will often refer someone to a different G4G team member if their background is better suited. It’s why we keep a few guys on our staff too, that have been in the suck and can really relate to the harshness of combat, so we have all the bases covered. We have frequent team meetings, and while we don’t share anything we’re asked to keep confidential, we talk about the ways we’ve helped someone that day, and it’s some of the most gratifying stuff any of us do.

HJ: We’ve heard that you and your admin team get criticized a lot for posting pictures of yourselves, what do you say to that?

Dany: There are two main things that drive the human race’s primal urge to survive – tribal loyalty and the drive to procreate. The private G4G group (and main business page) on Facebook is focused on making sure you hard chargers stay this side of the dirt, and we do that by leveraging both of those things. The drive to procreate is the strongest of all of them, and if one of our admin’s are posting something a tad bit risque and that stops someone’s thoughts of suicide, just long enough to help them work out whatever is going on – we’ll post photos of ourselves all day, every day.

Dany: We get asked that a lot! Someday we’re going to do that pin-up calendar, guys, honest! Seriously though, we’re pretty low-key. We’re doing what our guys need, so we’d like to continue to grow, to help as many people as we can. We continue to create strategic partnerships with other highly respected organizations, such as Warfighter Hemp, KOTA Longboards, and Gruntworks. We are actively advancing the use of CBD and cannabis for post-traumatic stress, anxiety, sleep disorders, and so forth in our Veteran population, and are growing (pardon the pun!) our advocacy in this space this year. And, we are launching the G4G Justice Project soon, which is a new arrangement that allows us to fill the critical need for superior legal representation for our fans who have entanglements that require it. We are exceptionally happy about that one, and we already have fans who are, too.