Former U.S. Army Ranger Paul Handelman announces the December 2017 release of his debut EP “Unbridled” and the first date of his 2018 Concert Tour.

This month Padre Paul will be releasing his debut EP titled Unbridled.  The former Army Ranger, combines the story-telling sounds of Americana songwriting with Folk and Country grit.  Unbridled showcases the unique one-man-band style Paul embraces as well as his banjo pickin’ and fiddling friends Forest Beutel and Julie Campbell from Tacoma, Washington. 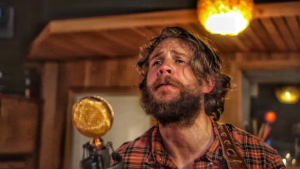 Forest Beutel, one of the most well known bluegrass musicians in the State of Washington, has long been one of Paul’s mentors.  Beutel had this to say about playing on Unbridled, “Working with Paul was a great experience.  We went in with open minds and watched the songs grow and evolve in the studio. What listeners will hear on the album…strong, honest, 21st Century American stories for true Country music fans.”

On January 24, 2018, Padre Paul kicks off his 2018 Tour playing a charity benefit concert in Las Vegas, Nevada, at the Mandalay Bay Resort and Casino.  Handelman will open for platinum Country recording artist Mark Wills as they raise funds and support the Special Operations Charity Network.  Being a Special Operations Warrior himself, Paul holds this fundraiser close.

Be sure to look for other tour dates at www.PadrePaulMusic.com.  Paul enjoys playing for hard working Americans and can be seen regularly at the Frank James Saloon in Parkville, Missouri as well as other locations in the greater Kansas City area.  2018 will include dates in Austin Texas, Tacoma, Washington, and Nashville Tennessee.

Paul is a Midwesterner at heart.  After attending college at the University of Montana, he spent the next five years serving his country as an infantry officer in the 82nd Airborne Division and the 2nd Ranger Battalion.  After getting out of the military he moved home with his d 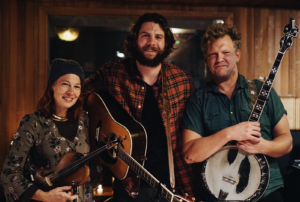 og Hank Williams to Weston, Missouri and lives on a ranch in his 30-foot Airstream trailer.  Paul now lives and works the land and cattle at KC Cattle Company, a veteran operated Wagyu Ranch owned by his best friend and fellow Army Ranger, Patrick Montgomery.

After living all over the United States and spending time in different parts of the world, it is evident the Padre has no shortage of imagery and soulful emotion to fuel his love of storytelling through music.  He’s been inspired by artists like Tyler Childers, The Steeldrivers, Forest Beutel, Ryan Bingham, Sturgill Simpson, Whitey Morgan, Cody Jinks, Jeffrey Foucault, John Moreland, and many more.  When you hear Padre Paul’s One-Man-Band you’ll experience a blend of Americana, Folk, and Country that draw ties to the artists who inspire him, and gives him a way to tell his own story.

Unbridled will be available to stream on www.PadrePaulMusic.com, iTunes, and Spotify.  You can also purchase an Unbridled CD from the website.  A portion of the CD sales will go to support multiple veteran organizations including The Darby Project.