HomeCulture7 Things Veterans Know… That the Rest of America Doesn’t 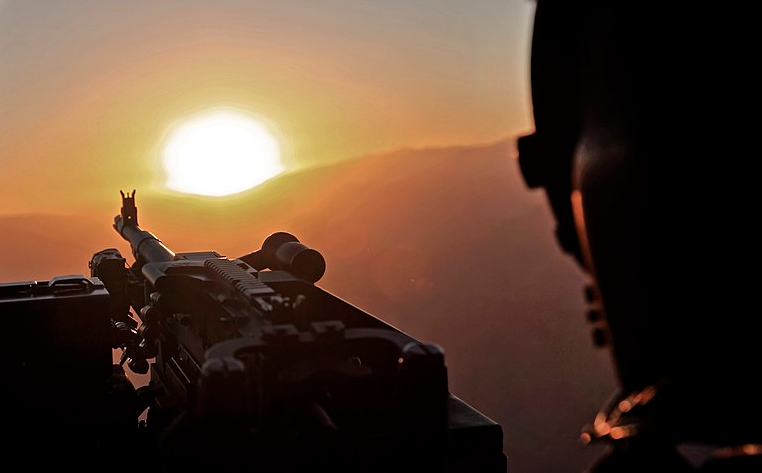 Veterans are sometimes seen as a breed apart inside American society. We’re not; we came from the civilian American populace and assuming we live long enough, one day we all return there. It’s also erroneous to think of the Veteran Community as a homogeneous mass, when, like the society from which its members came, there is enormous diversity of thought and breadth of experiences within its ranks. But there are many nuances and norms of military life that stand out as shared experiences and knowledge inside the Veteran Community that might be different than that of society at large, and those differences are worth talking about. With that in mind, here are some things that veterans know that the rest of America might not, to start the discussion:

Does anyone understand why we still use the outdated imperial system of weights and measures in America, when there’s something WAY better? Even the people who came up with the imperial system, the Brits, don’t use it anymore. And even if they still used it, didn’t we fight a whole big Revolution against them so they couldn’t be the boss of us anymore?

Veterans, scientists, engineers, and immigrants are probably the only people in America who can easily relate to the metric system. The military uses the metric system for things that really matter, like planning for airstrikes, conducting land navigation, and determining how much beer you can legally bring back from your Iraq-to-CONUS redeployment stopover in Germany. But even the military still relies on the imperial system for arbitrary measurements, like the distance selected for measuring physical fitness evaluations. I guess “two miles” doesn’t sound as far as 3,219 meters.

Universal coverage sounds great . . . until you have to live with it. Remove the profit incentive and take away accountability, and you’ve got a recipe for disaster. While the unit-level medical personnel, or “Docs,” are almost universally loved by those in uniform, I can sum up the experiences that many veterans have with the system as a whole with this: “Here’s your handful of Motrin . . . now take a knee, face out, and drink water. Oh, and change your running shoes.”  And if the medical system screws up?  Two words:  Feres Doctrine.

…and let’s not even get started on the VA.

3)  How to get along with just about anyone

In addition to being a ticket into the American middle class (at least for career military types), the military is the only real remnant of the “melting pot” left in America. The military takes people from every corner of the US — as well as from foreign countries — and jams them all together in a way that no other experience can. And — oh yeah — it forces people to get along. The nuances of military life shatter stereotypes, break down barriers, and expose people to cultures, attitudes, and peoples in a way that few other experiences can. Whether it’s the people in their squad, the local nationals just outside the wire, friendly military forces, or other government and non-governmental agencies, veterans can usually find a way to work with people to get things done. A lot of America could learn from their example.

4)  What is actually in the Constitution

5)  Self-interest is a legitimate motivator

Most veterans joined the military out of a desire to serve.  But some didn’t; if you joined for the college money, or to see the world, or to get out of your big city/small town… that’s OK by us because we need you.  Also, most people in the world don’t live like we do. Safety, security, and stability are not the norm in most of the places our military gets sent.  People do what they have to do to survive. That guy who served as an interpreter for you for the last 12 months?  He doesn’t love America. But he does love his family.  And his community.  And the fat paycheck he gets from Uncle Sam every month. And that’s OK too because we need him.  Most veterans don’t care why someone is doing (or not doing) something, they just care about what’s being done. After spending some time in uniform, most veterans approach the world not with zealous naivete, but with wide-eyed pragmatism about who’s doing what, and why.

By many objective measures, America is the greatest country in the world.  But not everyone feels that way, sometimes for completely legitimate reasons.  Many people and nations in the world don’t want Western-style democracy,  who don’t appreciate our way of life, and that eschew our “freedoms.”  Veterans know that sometimes the answer to, “but do they really want to live like that?” is “yes.”  And that’s OK.

7)  That there is genuine evil in the world

A lot of people navigate the world in a fugue-like state of deliberate ignorance of the evil that surrounds them. Veterans know it’s out there because they have seen it . . . and shot it in the face. They believe in the adage that “the only thing necessary for evil to triumph is for good men to do nothing,” because they’ve seen it happen. They are willing to go to great lengths to make sure that evil can’t touch something that they love, whether that’s at home or abroad.

This first appeared in The Havok Journal on December 30, 2014.

Charles (Charlie) Faint is a career Army officer who served seven tours of duty in Afghanistan and Iraq and over the course of his career was assigned to a number of units including the 101st Airborne Division, the 2nd Infantry Division, the 5th Special Forces Group, the 160th Special Operations Aviation Regiment, and the Joint Special Operations Command. He also earned a graduate degree in International Relations from Yale University and served as an instructor at the United States Military Academy at West Point for five years. His views expressed here are his own and are not necessarily reflective of the policy of the US Army or the United States Government. 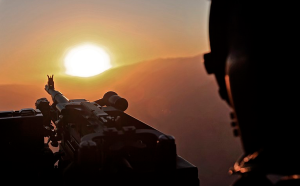