HomeCultureFamilydeathI Want An Honest Funeral… And So Should You 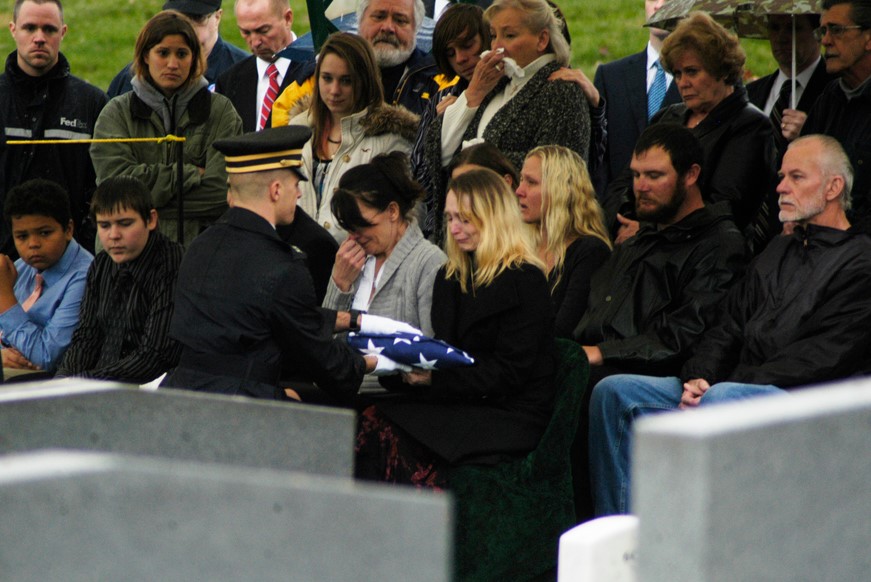 I have stood for more funerals than I care to count. I have become a seasoned veteran. I have stood for family, friends, soldiers, veterans, and cops. I have stood for funerals of many and no denominations.  I have shoveled the dirt that buried the man I admired most in life. I have poured the ashes of my best friend, watching them cloud and drift away in the graceful current of a stream. In the world of odds, the world we call tactics, I have examined what went right, what went wrong, and what was nothing more than snake eyes in the game of odds.

I have stood and listened to the stories of those past by those of the present. I have stood and told my own tales of those lost. As I stood among my brother and sisters in blue, I witnessed what it is I so long for when my day has come and gone. I witnessed an honest funeral. I witnessed as they stood and told tales of greatness, but more importantly, I heard the stories, for all to hear, of the flaws. It was the first honest funeral I had ever stood for. It was admitting that what we were doing was also not what she wanted. It was admiting that living decides the fate of the dead. We decide the stories told and the legacy left.

These stories were honest. They were pure. These stories were everything I have always wanted. The honest truth. Rather, the truth in full. It was her actions in full, unfiltered. It broke the mold that I so despise. That phrase that has always made me cringe, “Do not speak ill of the dead.”

My first deployment, my first mission for what that is worth, we were involved in an incident written and spoken about by greater men than me. We lost someone. It was the unfortunate beginning of the tin graveyard that resides on my wrist. To be honest (because isn’t that what I am arguing?), I thought he was a fucking ass hole. When I saw him coming, I ran the other way, and when I could not, I anticipated the smoking that followed. After years of reflection, I still think he was an asshole, but he was also what he was taught to be, though I argue he took pleasure in it. He was a recently tabbed E-4 11B in a Ranger battalion. I was a brand new private 13F attached to HIS platoon. It also did not help that I was 135 lbs of pure bone. I was the antithesis of what a “ranger” was supposed to be.

So, then why did I wear his name? Ass or no ass, he died doing his job. He died to protect other rangers and that deserves remembering and honoring. He did for others what I would have done for him without thought. It is what I described in “The Stack.” It is what I have described over and over. For those who have been there, I need not say another word. It is that which I cannot ever truly describe.  In those moments, nothing matters beyond that moment. When I speak of him today, I always lead with the truth. This always gets an immediate roar of laughter from fellow rangers. I tell them, this guy, oh, I thought he was a fucking ass hole, but he laid down his life without hesitation.

I say that because I not only want to be honest, but I want to stress that was what he was to ME. It was not who HE WAS. What he was was complex. What he was to me was not who he was to his mother, to his friends in Regiment, to his friends at home, etc. What he was was a complex intersection of the world around him from before he was born until the day he was killed. Who I am, who you are, who we all are, it boils down to nothing less than the same. At a recent get-together, a friend said his mother might show up and wanted to speak with me, given that I was there. I told him I could be nothing more than honest, even looking into the mother who has struggled with his loss, even over a decade later.  He laughed and said that she had been briefed.

In what might be seen as a move of narcissism, I texted my wife after this gathering the words, “Our death does not absolve us of our lives.” When my mom wanted last-minute tattoos on the anniversary of my stepdad’s passing (a veteran of Iraq himself), I had them engrave those words across my chest without thought. They are a reminder that what I do every day impacts those around me. When I die, no matter how glorious or mundane it might be in those last moments, it does not foreshadow what was left in my wake. When others stand for my final ceremony of life, I want them to be honest. When we fail to speak honestly of the dead, we create an image impossible to live up to. We create an image of perfection that drives the living to madness seeking to aspire to it. We fail to learn from the mistakes of the past. Remember, for every great accomplishment, there were great sacrifices.