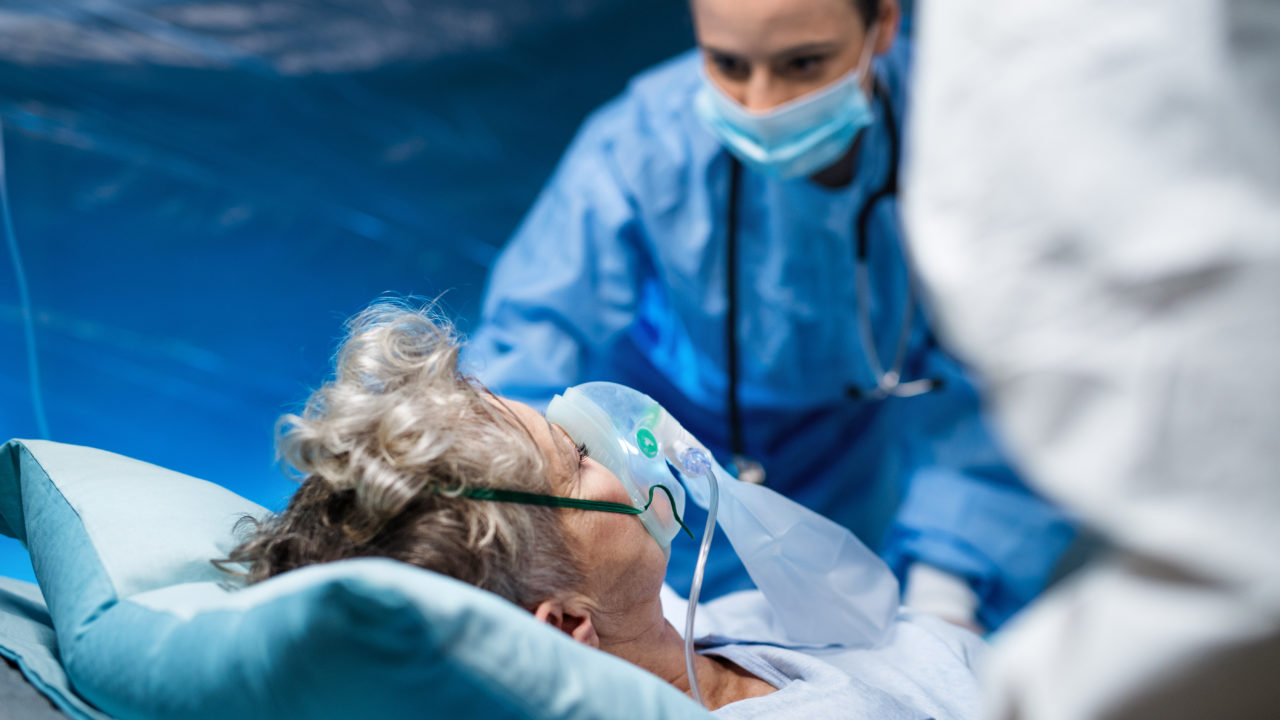 This first appeared in Frank’s blog on December 14, 2020. It is republished here with the author’s permission.

“Expose yourself to your deepest fear; after that, fear has no power, and the fear of freedom shrinks and vanishes. You are free.” ― Jim Morrison (lead singer of the Doors)

“The cave you fear to enter holds the treasure you seek.” ― Joseph Campbell

When Karin first went into the hospital with COVID several days ago, I talked with my sister-in-law, Shawn, who lives in Texas. I told her about Karin’s inability to get enough air on her own. Shawn and I have known each other forever it seems, and we are able to discuss anything. We have both been through a number of unexpected and traumatic experiences. We understand each other because of those challenges. We spoke on the phone for a long time, and then I was exhausted. I nothing left to say.

Later that day, Shawn sent me a text. It simply asked,

I had to think for a moment. Then I wrote back,

“No. When you get your ass kicked enough, you just go numb.”

She replied, “Yeah, I know. I don’t even cry anymore.”

We’re both battered by life, and normal emotions no longer flow through us.

Karin came home on Saturday. I thought she was on the mend.

Karin had to go back to the ER this morning. I’ve been sleeping in another bedroom, and Karin tried to call me in the middle of the night. I didn’t pick up. I checked my phone, and then I checked on her before dawn. Karin seemed to be sleeping quietly in her bed. I looked in on her again a bit later.

Karin was lying in bed, staring toward the ceiling. She told me,

“We need to call somebody.”

She went on, “I can’t breathe. My chest is tight. I see spots before my eyes. I almost passed out when I went to the bathroom just now.”

The fire station is just down the block. It didn’t take the paramedics long to get here. Their flashing lights and sirens shattered the early morning tranquility of the neighborhood. The guys suited up and came inside the house to check on Karin. They questioned her and then they took her by ambulance to the closest hospital.

I waited at home. The young woman we love asked me what had happened. I told her that Karin wasn’t getting enough air. The girl looked worried.

I didn’t feel much of anything. I was curious as to what would happen next, and what I would need to do. Part of me shrugged and said, “Whatever.” There was nothing that I could do to change the situation. Everything was in God’s hands, and God generally isn’t very good about explaining his plans.

As it turned out, after four hours, and multiple tests, the doctors sent Karin right back home. She is in her bed now, sleeping.

Karin told me when we got back, “It’s scary.”

Yeah, I guess it is, even if I can’t feel it. I know that Karin is scared. Every time she struggles for enough oxygen, she’s afraid. She should be. She can stay hydrated, and she can get all the rest she wants, but she can’t cure herself. The doctors can’t cure her either. Either she gets well, or she doesn’t, and there is almost nothing that any of us can do about that.

I made her some lunch. She picked at it. I encouraged her to drink a lot. She nodded in agreement. I don’t know what else to do besides give her some space. I’m not going to nag her. That is not part of the healing process, as far as I can tell.

Karin is an active participant in her body’s struggle. I am only an observer. I don’t like that.