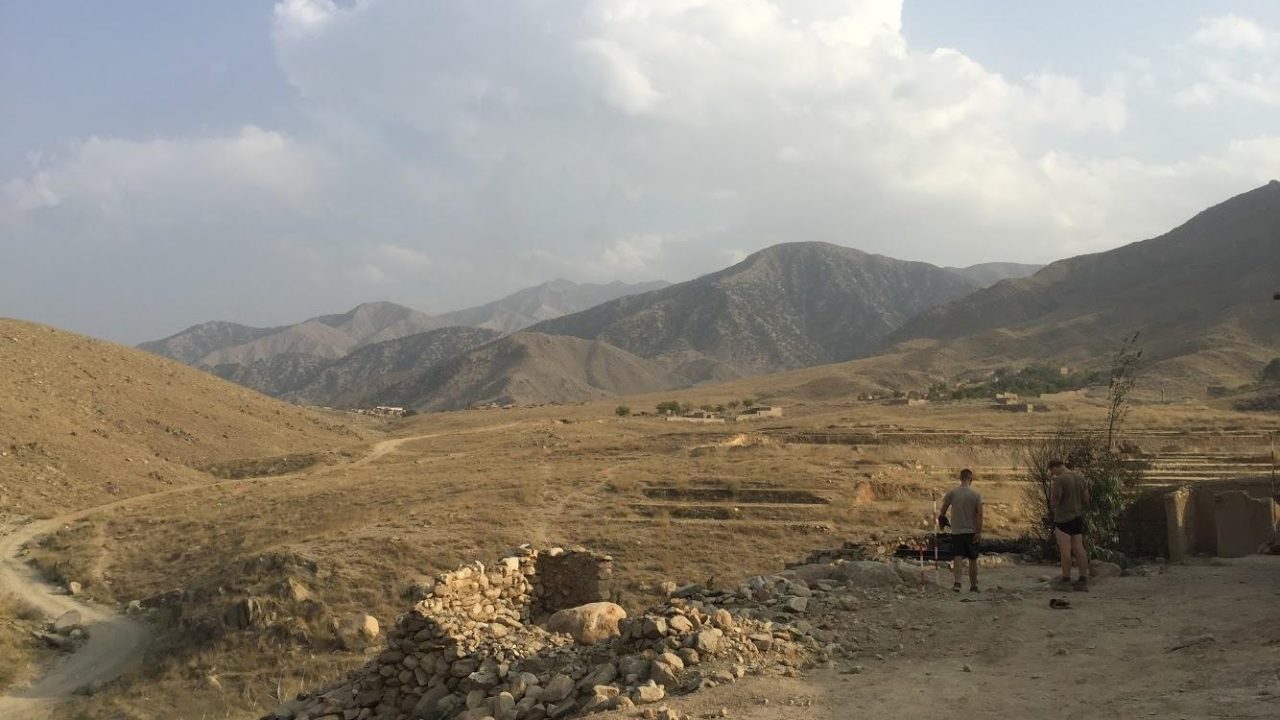 Written by A Third Option

Frankly, what I remember most about Afghanistan is the smell. For a lily-white kid raised in the suburbs, that first pungent breath of the Third World was the clearest sign of departure from old reality. As Pressfield writes, it was something that “cannot be communicated in words but must be beheld to be understood.” To those who have lived and experienced it, that smell needs no explanation. To those who haven’t, it may come as a surprise to know that you are the main audience of this article.

As an officer and a leader of soldiers, I envision one of my primary roles as that of a teacher. The teacher’s act of passing on lessons borne of experience is a principle task for those who want to preserve the lives of their soldiers. My enduring hope is that my subordinates can benefit from these hard lessons – but also avoid the painful costs that either I or someone else endured in living out these experiences.

Experience is a powerful way to learn, but a reliance solely on personally lived experience can be a painful, costly method of instruction. Sometimes, those costs involve the loss of hours or days of training as you stand a formation down to look for missing equipment. Sometimes, those costs involve long nights in the office, creating and re-creating a training plan that will ultimately prepare your soldiers for combat.

Sometimes, those costs involve serious injuries or death, which could have been prevented had it not been for a careless commander. Among the many tragedies of combat, one of the most severe is the preventable loss of one of your men or women – even more, pronounced when a commander could have learned this lesson in a different way.

Some of my earliest experiences in combat involved partnering with Special Forces to fight ISIS. In the long lulls between the frantic bouts of activity that so often characterize deployment, we were fortunate enough to get some classes from the SF team – to be beneficiaries of their experiences. One lesson stands out in my mind above all others, taught to me by the ODA’s 18Z, the senior Team Sergeant.  “Lieutenant,” this man remarked dryly one day, “there is no such thing as common sense. There is only lived experience.”

Initially, I struggled with this lesson. Surely, the intent was not that we should learn from personal experience alone – the costs are too high. That was not what the Team Sergeant was suggesting. And yet, lived experience is often the most powerful way to learn. An old saying goes: ‘never trust a technique that hasn’t been validated in either competition or combat.’ It is likely that a Platoon or Company with significant live-fire experience will be able to achieve better outcomes compared to units who lack the requisite repetitions. The ability to reconcile the high-risk, high-reward characteristics of experience with the principle of common sense eluded me.

Finally, I had a breakthrough. The essence of this lesson, to me, was simple: common sense, while important, doesn’t materialize of its own accord. Common sense is what allows soldiers and leaders to avoid the costly effects of experience while simultaneously leveraging its benefits. However, to the extent that common sense exists, it flows primarily from lived experience. In other words, lived experience – whether that’s ours or someone else’s – is what facilitates our common-sense ability to reason and think critically.

Unfortunately, this cause-and-effect relationship between lived experience and common sense is often de-emphasized by our lack of structured attention to that relationship. Of all the principles of patrolling – planning, security, reconnaissance, control, and common sense – common sense is the least likely to have an element of structure applied to it. For planning, we have the Troop Leading Procedures (TLPs) and the Military Decision-Making Process (MDMP). For security, we teach soldiers how to execute a security plan – deliberate occupation, reconnaissance and security (R&S) patrols, sector sketches / range cards, alert plan, and black and gold plan. Entire Training Circulars (formerly Field Manuals) are dedicated to reconnaissance. ADP 6-0, Mission Command, has a whole subheading dedicated to control.

But where is our structure for common sense? Where does this structure come from?

While not a hard and fast rule, a useful mental model envisions two vices for most virtues: too much and too little. Too much structure, and we incur the risk of becoming overly rigid in our thinking. Too little structure, and we will struggle to teach a replicable process. While it may seem overly academic, among the many utilities of the social sciences, of which military science is a sub-category, is overlaying structure onto what seems “common-sensical” specifically so that it can be taught.

As leaders of soldiers, we can’t expect common sense to spontaneously materialize. The modern battlespace requires leaders who can think critically, make sound decisions, draw upon the sum of all of their knowledge, and continually seek to expand that knowledge base. To instill the fifth principle of patrolling fully in our soldiers, overlaying a semblance of structure on an otherwise formless concept can be very helpful.

To me, “common sense” truly involves three things. First, a grounding in doctrinal concepts – the “trend line” on a graph. Second, broad knowledge of a series of isolated experiences – whether those are personal experiences or someone else’s experiences – individual “data points” on a graph. Third, critical thinking ability, which is defined as the ability to fuse the lessons of doctrine, other’s experiences, personal experiences, and lessons from other areas of life and apply them to new situations. Critical thinking allows us to bridge the gap between “individual data points” and “trend lines.”

When someone says “it’s common sense to do X,” what they’re really saying is, “based on all of my experience – what I’ve studied, what I’ve read, and what I’ve lived, combined with my ability to analyze and evaluate this unique situation, here is what I think we should do.”

It’s common sense to me, now, to walk only on the military slope of a hill. It’s common sense to me to emphasize a deliberate occupation of a patrol base or an ORP, since both actions often take place in un-cleared terrain. On a smaller scale, it’s common sense to me to bring twist-on toothpaste to the field instead of flip-cap, since the latter is more likely to burst into a pasty, sticky mess inside a rucksack. These things are common sense to me because, in accordance with our three-part framework, they came from either 1.) doctrine, 2.) someone’s personally lived experience or 3.) critical thinking about a unique situation. I did not conceive of these concepts in a vacuum.

Our three-part framework, consisting of theory, distinct experiences, and critical thinking ability, gives us a replicable mental model. With this concept in hand, officers and non-commissioned officers – leaders of soldiers – can truly teach their men and women the fifth principle of patrolling.

About the author: A Third Option is a Captain on Active Duty in the United States Army. He initially served in an Airborne Infantry Formation after the completion of Airborne and Ranger Training. He deployed to Afghanistan as a Rifle Platoon Leader and served as a Company Executive Officer upon redeployment. After XO time, he attended SFAS and was selected for Special Forces. He is currently going through the Special Forces Qualification Course. He can be followed on Instagram @a.third.option, and writes for Task Force 383, a professional development page on Instagram @tf_383.