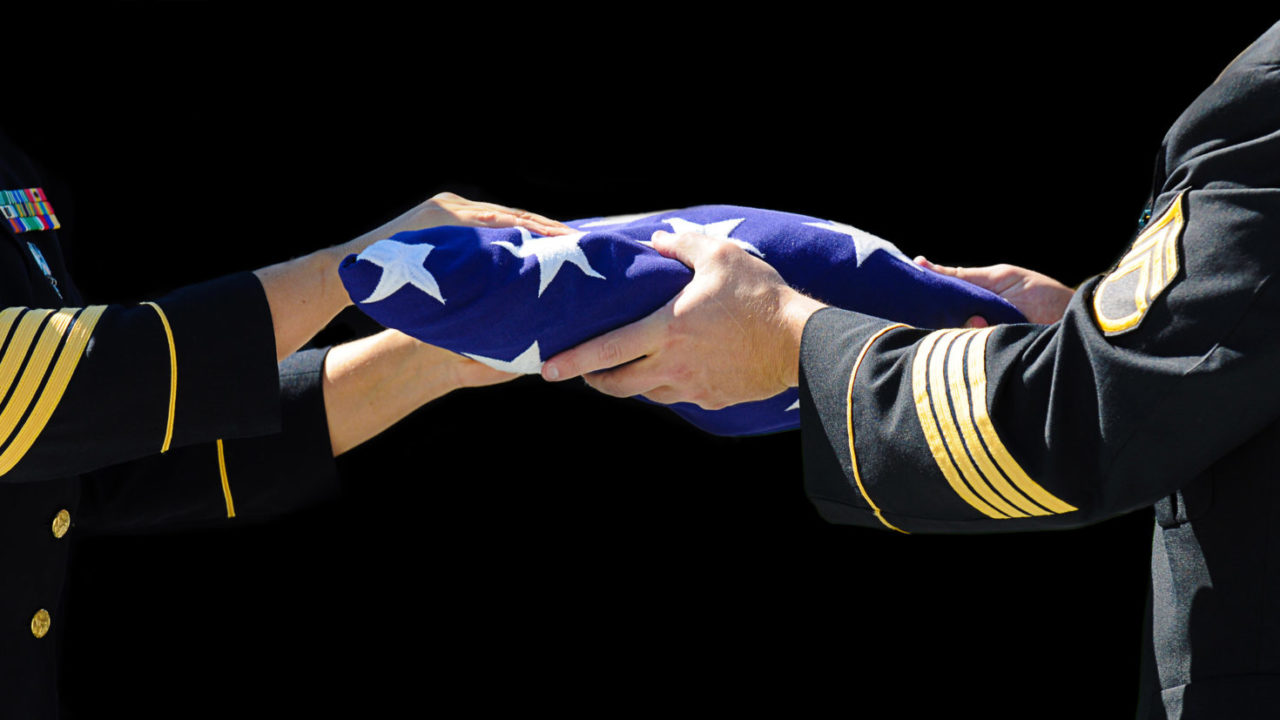 Mrs. Smith looked to be in her mid-forties. She was short and appeared to be in good shape. Her hair was blonde, but there was some gray in her roots. She wore a black dress, and her makeup had been smeared. I could see that her eyes were red and puffy from crying.

Jimmy’s mom followed us inside.  I quietly asked Bill to keep her occupied and away from the casket for just a moment.  Part of my job was to open the casket and check the uniform.  I had to make sure that everything was neat and crisp, and double check the placement of all of the medals and badges.  Funeral homes made mistakes sometimes, and occasionally things shifted in flight.  Usually everything came out okay.  Regardless, I really didn’t want a dead soldier’s mother watching while I checked his uniform and made adjustments to it.

Bill tried to talk to her, but Jimmy’s mom demanded to see the body. She stood at the center of the casket while the funeral director opened the lid.  She immediately became hysterical. Even I was surprised at what I saw. The makeup was caked on Jimmy’s face like paste. His fingers were shriveled as if he had spent too much time in a bathtub, and they were still stained black from postmortem fingerprinting. Doctors had performed an autopsy, and Jimmy’s fresh military buzz cut did nothing to hide the sutures that ran over his crown from one ear to the other.  It looked like the thick red stitching that holds the leather in place on an old baseball. 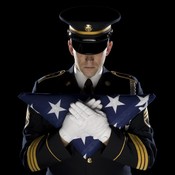 I took a deep breath and glanced over the uniform hoping that everything was correct. Jimmy’s mother was weeping in the arms of another family member who had come into the viewing room. Damn it! Of course there would be something wrong, I thought. The unit crest that was supposed to be centered over Jimmy’s right breast pocket was crooked. I was really hoping that I wouldn’t need to move anything on his uniform.

Jimmy’s mom watched closely while I unbuttoned his jacket.  As I reached inside to remove the pin backs, I felt the stubble on his cold dead jaw scratch against my wrist.  I carefully adjusted the pin, and then I buttoned his jacket.  I turned to his mother and promised to find some white gloves to cover his hands. Through tears she thanked me for bringing him home and turned back to her family.

I walked to the back of the viewing room.  I was angry that I had been picked for this escort detail, and I wanted to tell someone at the casualty assistance office that the preparing funeral home had done a really lousy job on the makeup. The funeral director walked up and said that his makeup artist would clean up Jimmy’s face and hands before the visitation the following day. I thanked him and stood alone at the back of the room.

A minute later the side door opened again, and Jimmy’s dad walked in. Jim Sr. was a brawny man with hair over his ears and collar and a thick graying beard. He had big tattooed arms and wore biker boots, faded jeans, and a plaid button-up shirt with the sleeves rolled halfway up his biceps. It looked like he could have come straight out of a biker magazine. Jim walked into the room, and the handful of gathered family members parted for him to walk through. He approached Jimmy’s casket, and I heard him mumble something.

With his hands on the rail of the casket, he leaned over it and said, “That’s not my Jimmy.”  He repeated it more loudly and finally turned to his wife.  “It can’t be him.  That can’t be my son.”

They held each other sobbing, but his gaze searched the room and found me standing near the back wall. I straightened up a bit, and he stepped around his wife in my direction.  His face was filled with hurt and wet with tears. He walked toward me like a man on a mission, and as he got closer, I wondered what was going to happen. When he was only a few steps away and still hadn’t slowed his pace, I half expected him to swing at me. Instead, he ran right into me, wrapping his arms around me and crying on my shoulder. He sobbed loudly and thanked me over and over for bringing his boy home. Relieved that he didn’t try to take out his sadness and anger on me, I returned his hug and expressed my condolences.

Soon after the initial shock, the family thanked me again and began to clear out.  I was glad when Bill said he was ready to drive me back into San Antonio.  Jimmy’s mother offered to make arrangements for me to stay with someone in the family, but I politely declined.

Climbing into one of the funeral home’s black Cadillac sedans, Bill said, “You gonna get a rental car, Sarge, or are you gonna need a ride for the visitation and funeral services?”

“I’ll have a rental car for the rest of the week.  You can actually just drop me back at the airport, and I’ll be fine from there.”

The ride back to the airport was quiet. I thanked Bill and double checked the times for the visitation the following day, and then we parted ways. I checked into my hotel room and found a nearby bar.  I was hungry and tired, and I needed a drink. I hated escort detail, and it bothered me to think that this kid was getting the same military honors that were performed for my friends who were killed in action. I raised my glass in a private toast to myself for another mission accomplished and then a drink for Jimmy.  “Welcome home, kid.  Pills and booze, what a dumbass way to die.”

This first appeared in The Havok Journal on September 22, 2015.

Jarrod L. Taylor served as an infantryman in the U.S. Army from 2000 – 2009. During that time, he deployed to Uzbekistan and Afghanistan in 2001/02, Horn of Africa in 2003, Afghanistan in 2004/05, and Iraq from 2007/09. He graduated with a BA in History from Eastern Illinois University and currently teaches middle school history in Champaign, Illinois.