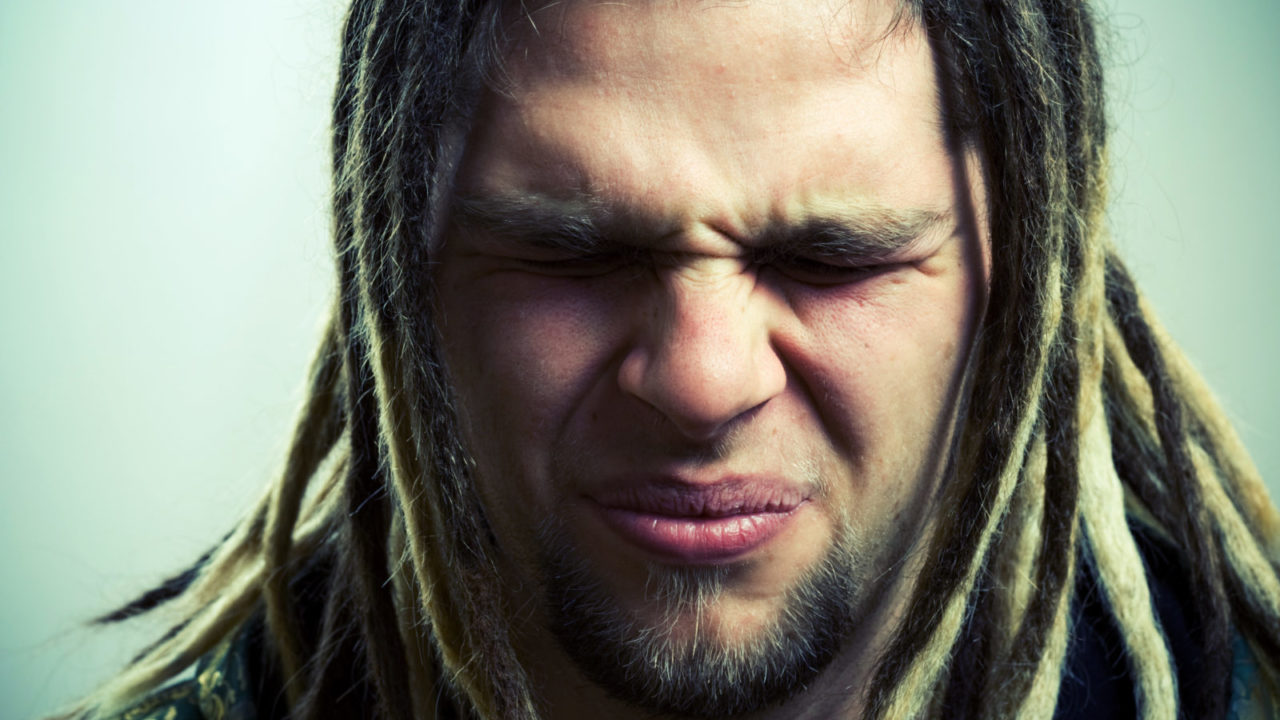 I read just about the most asinine thing possible from an older article and I have personally written some controversial things. But controversy is one thing. We can agree to disagree and we can debate in a rational fashion. But the article written by Emanuella Grinberg, titled Dear white people with dreadlocks: Some things to consider, left me wondering just how far people will go not only find controversy, they will invent it out of the thin air if necessary.

With all the real problems in race relations in this country, somehow hairstyle has joined the battle where frayed nerves are already raw on groups who don’t seemed wrapped too tightly.

I have an idea for Emanuella:  take your “outrage” elsewhere.  For one thing the freedoms represented in the Constitution do not specify hairstyle as a protected right. Secondly, there are far, far more Americans who love and cherish their flag with nearly the same if not more fervor than many religions cherish their sacred icons. The same flag that we watch protestors defile, desecrate, and abuse to show their anger.

I subscribe to no religion, but I dearly love my flag. I think my flag is far more valuable to our nation than someone’s hairstyle and if I have to sit by and watch, in pain, as protestors stomp my flag, then they damn well better accept a hairstyle with pleasure. I know many do not like the idea of accepting the freedom of speech to desecrate the flag (to put it mildly). It is not specifically protected, unfortunately and I would love that changed, but for now it is the law.

If you can’t accept freedom of hairstyle as a universal concept, you are in the wrong country. But hairstyle is just a symptom. Because the reality is, a woman put her hands on a man angrily because his hairstyle offended her sense of cultural identity. It has never been acceptable in society to assault someone based on such frivolous reasons, and yet the article does not talk about the assault. It attempts to justify the reasoning of the attacker and vilify the victim.

I would say we are reaching the ridiculous, but we passed that long ago. I have a feeling I know where this is going to end and it isn’t good. We are going to keep pushing and poking at the bruised and damaged relationships in our society until one side or the other violently lashes out. So far, we have had crazies who have committed the atrocities. Single actors who lost what little control they had and murdered with prejudice in their hearts.

If we don’t get some sanity and take time to breathe, we are going to see more of the same until no one trusts anyone and violence is routine. I know you may think it is routine now, but trust me it is not.

Americans need to remember the idea that we are equal and that we have the right to express ourselves. This is not a white privilege. This is an American privilege. Though it might not have always been that way, it is that way now. And it needs to be recognized as such—from all sides. That recognition does not require anyone to accept an attack or assault against them. And it is past time that both sides stop making such assaults.

We face political challenges in our polarization and lack of compromise. Those challenges can kill this nation. We face an enemy abroad and at home that hides in the shadows and strikes where they can because they are cowards and want violence as a way of attaining their heaven. Those problems may not kill us, but we will not solve them by being divided over petty differences anymore.

We have so much First World Privilege that our problems, the very things we argue and kill over, are actually quite petty when judged in a rational light. People see trends in law enforcement and jump without thought because they have been conditioned to vilify.

Law Enforcement, bless them, rarely if ever see the good in humanity. They arrive when things have gone wrong and they do it every-single-day. Is it any wonder then they are polarized by the very work they do? Perhaps they could do better, but the populace could do much better as well.

Our society has little respect for anyone outside our own groupings and we have less trust today than at any time in the past. We lock our doors from our neighbors and arm ourselves because we fear what a stranger might do. I believe the same because I go forth each day armed and ready because I know conflict might be a moment away.

I don’t look around me and expect polite behavior and cooperation. I offer it but do not expect it in return, because our society is so full of strife that very few actually have the energy or manners for the simple things. Perhaps it is the pace at which we live. We move so quickly that we are constantly bombarded by information when we have not yet adequately processed the information we already had.

We need to stop expecting the worst in people and give them a chance to show us their best. This is universal. At the end of the day, we are Americans or we are supposed to be. We can risk a smile at our neighbors, at the traffic light, and at the store. We can stop holding so tightly to what we believe in that we judge others because they don’t believe the same. We can remember that the path to grace is a single path traveled alone.

I hope we can solve these problems between us by ignoring the things that don’t matter and focusing only on those that do. I hope we can ride this storm of division and find unity before the storm unleashes its fury and we fall upon each other with violence and destruction.

I don’t know if my hope is in vain. I will keep hoping until hope is gone. Perhaps another turn of the wheel will see us to unity, perhaps not.

What is going to destroy our nation is the constant division without discussion and the petty grievances that arise from the past. We can continue to look behind us and fail to understand where we are, or we can start looking forward and try and make a better tomorrow.

If we fail, we only have ourselves to blame. It is not privilege to accept another without judgment, it is courage and a gift. Only time will tell if we have what it takes to move forward.

This first appeared in The Havok Journal August 2017.

Leonard Benton is retired from active duty military service with 24 years and two combat deployments to Iraq. He left the Regular Army after 10 years and became a National Guard Recruiter for his first tour in the AGR program followed by over 10 years in Operations as Force Protection, CBRN and three years as C-IED. He has an Associates degree and is currently working on his Bachelor’s. He is an amateur metal smith and when he is not working or writing he can often be found in his shop pounding away in the attempt to transform a lump of metal into an icon of beauty or function. His years of operational planning, threat analysis, and a deeply cynical view of our imperfect world leads him to focus on world events and cultural beliefs that tend to cause the most friction and chaos in the world around us. He is a libertarian and he believes in personal freedoms and accountability. The Havok Journal gave him an outlet to express the things he sees wrong in the world and the opportunity to once again provide advice on how to fix it. Leonard can be contacted a leftoftheboom@yahoo.com.