HomeCultureCorrecting a Past Wrong: Upgrade Discharges For Those Convicted Of The “Crime” Of Homosexuality 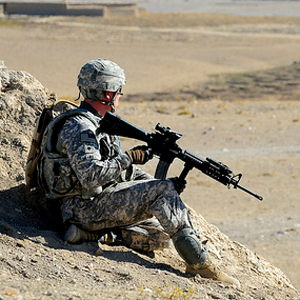 One of the hardest things about doing the morally right thing is what is morally acceptable changes with the times. Homosexuality, something that was once considered the gravest of transgressions, can now be seen every night on the WB network. As one comedian put it – one generation’s racy music is the next generation’s elevator music. The Armed Forces is one of those organizations which values constancy and generally stands outside the shifting of time. To be sure, the Armed Forces occasionally makes dramatic leaps forward but those are very rare. We are an organization of traditions and standards which change at a far slower pace than civilian society.

But occasionally the constancy works against us. Military Law has classified homosexuality as a crime and a discharge offense for a very long time. According to the NY Times, over 100,000 service members have been discharged for homosexuality since World War 2 – many of them dishonorable discharges.

These discharges have resulted in loss of veterans benefits and black marks held against them in their civilian lives. When ‘Don’t Ask, Don’t Tell’ was repealed in 2011, the Armed Forces have allowed former members to petition to have their discharges upgraded to honorable. Approximately 400 of the requests have been approved.

There should be no petition, this is something which should be done automatically and the number of honorable discharges should be closer to 100,000. This isn’t about political correctness or making people who have personal or religious objections to homosexuality approve of that lifestyle. This is about correcting an injustice. Like it or not, these former service members were our brothers and sisters – homosexuals have been in the ranks for the entire history of the Armed Forces. They volunteered to serve, putting them in the increasingly smaller portion of Americans who are willing to sign up. All of them sacrificed and some of them died in the service of their nation.

They ran afoul of the rules of the time and in accordance with the rules of the time, they were removed from service. Those rules are no longer in existence, but the effects of those rules still impact 100,000 of our former compatriots and I don’t feel that is right. As long as there was no egregious misconduct associated with the dishonorable discharge (e.g. Chelsea Manning), those dishonorable discharges should be changed.