HomeCultureArmy Life: This Is Why We Can’t Have Nice Things 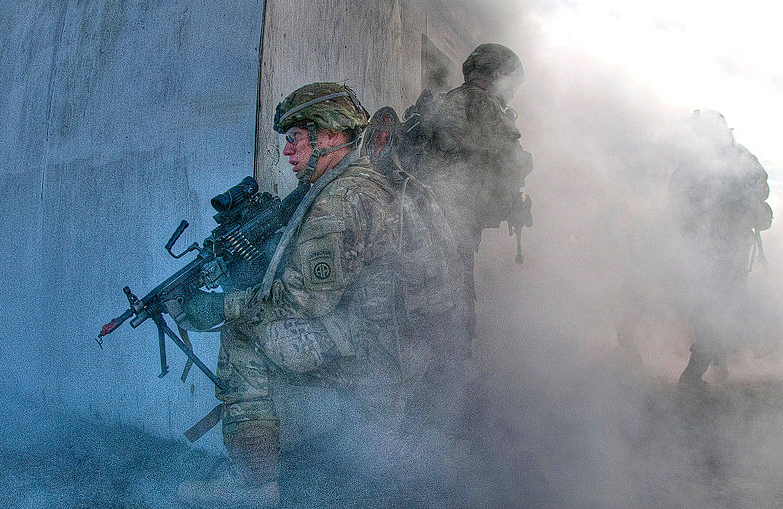 If you take two privates and lock them in a closet with a five hundred pound steel BB, when you come back an hour later they will either have broken it or lost it.”

As quoted from my first Platoon Sergeant

We truly get the best and brightest in the armed forces. But, along with them, comes everyone else…

For every budding Rhodes Scholar who joins up, you also get a guy whose greatest achievement was camping out for three days in front of Best Buy during a Black Friday sale and getting a really good deal on an Xbox. It truly takes a village.

As soldiers, we often complain that we get treated like children. For an organization that trusts us with the latest and greatest in lethal technology, we’re supervised as if we showed up in the short school bus, licking the windows as we arrived.

But there’s a reason for this.

Unfortunately, in the military, you must abide by what I refer to as the “LCD” factor. LCD stands for, Lowest Common Denominator. For liability reasons, all planning, training, and operations have to be based on the guy in the unit with the lowest GT score. The bottom feeder, the mouth breather, the knuckle dragger. He’s the reason it takes three weeks to teach someone how to jump out of a plane and PT training requires an operations order along with a risk assessment.

He’s the reason why we can’t have nice things.

Here are but a few examples;

My unit was returning from a JRTC deployment. We flew civilian air back to Bragg. As an aside, you ever notice that when you fly commercial aircraft on military deployments it’s always some no-name carrier like Trans World Free Air? Lowest bidder, I suppose.

Anyway, when we formed up prior to being released to go home we were told that no one was going anywhere. The fine folks at TransAmerica Global Airways told the S3 Air Officer that 53 inflatable life jackets had been stolen from their aircraft. Sticky-fingered Joes had “acquired” them for some unknown reason.

Fortunately, A Sergeant Major stepped in, declared it, “NCO BUSINESS” and told the First Sergeants to fix it (which they did). The missing vests were located and returned.

My battalion was tasked with playing OPFOR for another battalion in our brigade. We were tasked with defending a MOUT village. The attacking unit brought tanks. Well, not really tanks, M551 Sheridans. Back when the 82nd still had them they were the biggest, nastiest thing in the Airborne arsenal. 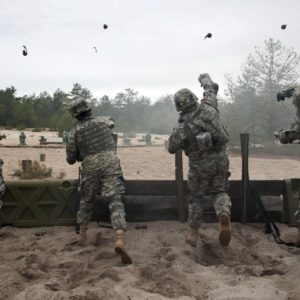 The tanks moved in. The grunts defending the MOUT village didn’t have the firepower to keep them away. They resorted to throwing things at them like rocks, bricks, and concrete blocks at them. When a tank rolled past a three-story building it got pelted with everything the grunts could throw at it. It was medieval. I half expected someone to dump flaming, boiling oil from big metal caldrons.  Here we are, the most advanced military in the world, and we are throwing rocks at each other.

Not to be outdone, the tankers responded by firing Hoffman devices (think blanks for tanks) into the occupied buildings. The noise was deafening and the danger-close effect of the Hoffmans could have seriously hurt someone.

The “referees” moved in (Officers and NCOs from another Brigade with no dog in the fight). They ordered the tanks out and told the grunts to stop throwing things. The tankers took their toys and left while the grunts retreated to their concrete caves.

In 1994, the U.S. almost invaded Haiti. Unlike today, wars were hard to come by back then and the plan was to have tens of thousands of Paratroopers, Rangers, and Marines land on the tiny island and liberate the fuck out of it.

In preparation for this, my unit was taken to an assembly area. Tables were set up loaded with ammo, grenades, LAWs rockets, AT4s, everything you could hope for. There were sandbags filled with items you would need depending on your job. For example, an M203 grenadier would get a bag filled with 40mm rounds and .223 ammo. You could also grab as many frags, smoke grenades, and rocket launchers as you wanted.

Here’s the crazy thing. WE DIDN’T HAVE TO SIGN FOR IT! It was assumed we’d shoot and blow everything up down range. One problem, we never made it down range. Operation “Just About” was canceled when a political resolution was reached and an invasion by many turned into an occupation by 10th Mountain. We were so close! Some guys had their chutes issued and were in the air when it got canceled.

One noteworthy, individual “LCD” moment occurred when our Brigade Surgeon dropped a fragmentation grenade on the deck of a C130. The safety lever wasn’t taped down so it could have been all bad. Fortunately, it didn’t go off.

So, after the war was canceled, we went back to the staging area where we were met by the same guys who gave us the bags of goodies hours before.

They wanted everything back.

They didn’t get everything back.

Many items were missing, including a lot of hand grenades. No one had signed for any of it so it was impossible to tell who had it. A logistician’s nightmare.

We spent the next three days doing gear inspections. Grenades turned up in water buffalos, HUMMWV gas tanks, and bathrooms. After four or five days, they gave up on recovering everything and let us go.

In another bizarre, “lost gear” story we got forced to stay in the field a couple of extra days when an M-60, some other sensitive items, and a paratrooper went missing after a jump. The story I heard was that the jumper had received a concussion and had wandered off the drop zone. He eventually turned up at some civilian’s house who promptly called the police.

This is why we can’t have nice things.

This first appeared in The Havok Journal on November 29, 2018.