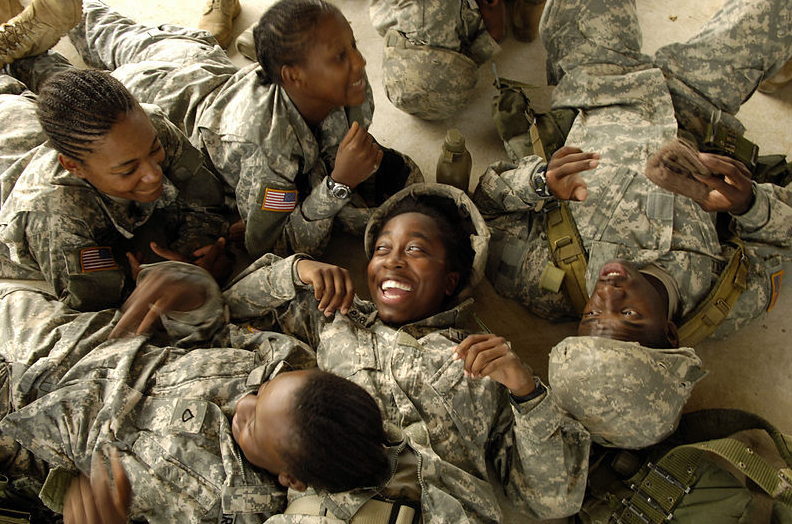 We quite often see blogs and articles discussing the best and most accurate movies regarding war or military life. I’m sure our readers have their favorites, many of which are dependent on the era during which they served. I will leave it to you to peruse for a moment which movie most accurately portrays military life for you.

(Imagine Final Jeopardy music playing while you make your decision and the smell of burning rubber emanates from your ears.)

And BTW – Private Benjamin with Goldie Hawn gets an honorable mention.

Now please let me make my case before you go off the deep end and call me your favorite epithet. Let’s just analyze a few things about the movie that it got right about military life. You might consider watching the movie before continuing, and please keep in mind that I’m working from memory so some details might be off a bit. Look at the spirit and not the letter.

Firstly, let’s look at the popularity of the movie amongst vets. Good comedy is always founded on truth and tons of vets love the movie because so much of it really rings true. Let’s just look at a few elements of the movie and see if you agree and can relate to the underlying truths.

The movie opens with John Winger, played by Bill Murray, who is a bad cab driver with no real direction in his life. He’s the quintessential loser who is still behaving like a high school boy by losing his temper and quitting his job in a brash fit of anger. Subsequently, he loses his hot girlfriend who is tired of raising a man-child and she just walks out of his life.

His best friend Russell, played by Harold Ramis, shows up at his apartment shortly after the breakup. Russel is more grounded than John and is that one friend who is always there as a support but is also always bemused by the antics of his friend. He helps him to see that his life is a mess and needs to be turned around. While they are chatting, an Army recruiting commercial comes on TV and John mentions that military life might be a good change. Russell mentions how bad a shape John is in and a pushup challenge is issued, which Murray barely does five followed by the statement, “I gotta get in shape! I gotta dry out or I’ll be dead before I’m… the Army is my only chance.”

The next scene finds the boys in the local Army Recruiting office sitting in front of a sergeant who is obviously just interested in numbers and really has no sense of humor. Russell is just there for support but peer pressure from John finds him signing away his life along with Winger.

Now before I proceed. Let’s just look at these two scenes. How much of it rings true for your experience? Maybe you weren’t the man-child loser like John Winger was, but I’m guessing you signed up with people who were. And that recruiting office? That had to be a real one they used. Seriously – I can smell the place when I see that scene. And the recruiter? We all met people in Personnel who hated their jobs and were just marking time. There were a few assignments in my career where I looked and felt just like he did.

So, as I progress, just look for the instances where military life is accurately portrayed in the scenes. I’m also sure that you will have many of your own.

Next, we move along to the first day of basic training and we meet Sergeant Hulka, portrayed by Warren Oates. Most of us met Sgt Hulka, or CPO Hulka, depending on your branch of service. He was that crusty old NCO who was jaded, had seen too much, been there and done that way too many times, had an inherent disdain for Officers, yet cared about his people and doing a good job. However, he was well aware of the insanity and stupidity of the machine in which he was merely a cog in a gear. Sgt Hulka also made the mistake common to senior leaders that new troops are incompetent and not capable of doing anything smart or good.

The whole segment, from getting off the bus to the “I ain’t your momma” speech, the haircuts, and the pushups in the rain are all loaded with reality. The pinnacle of course is the pre-lights-out chat with Hulka in the barracks on the first night with the platoon. Here we see the true melting pot that makes up the military with most ethnicities and backgrounds being represented.

Dewey Oxberger (John Candy), the overweight, clueless, and naive guy who joined to avoid the Draft, even though the Draft ended years before in 1973.

The slightly off-kilter, homophobic, paranoid, and emotionally explosive Frances, who preferred to be called “Psycho”, threatens to kill anyone who puts “their meathooks on him or any of his stuff.” He inspires Sgt Hulka to say something that’s a perennial favorite with vets. “Lighten up Frances!” Later in the film, he gets a little more unhinged with a rifle with a mounted bayonet.

And we meet others. The slightly slow farm boy who apparently did something shocking with the livestock. And another, “Cruiser” who loved fast cars and fast women but had probably never experienced either.

The scene the next day closes with the platoon finishing a forced march and wearily singing the lines from a DoD recruiting commercial of the time.

Somewhere in all of this, Murray decides he hates Army life and decides to desert, greatly to the annoyance of Ramis, who Murray pushed into signing up with him. It leads to an altercation in a tank parking lot with Ramis in his long johns, on top of Murray and choking him. They get caught by two beautiful female MPs. Let’s face it. Even an MP taking a boyfriend/girlfriend into a general’s house and making out while he’s TDY is not that far-fetched, is it? If you don’t believe me, look up the account of what happened at Eglin AFB back in 2000 when two Air Force cops ran (crashed) their patrol car up underneath a parked F-15, at speed. Most accounts don’t tell the whole story, but let’s just say that carnal events were taking place while the vehicle was in motion…

Let’s see. Who should we discuss next? Oh! How about the Officers? John Larroquette plays the role of Captain Stillman, the stereotypical brown-nosing incompetent junior leader. Some may say that his voyeur issues with the telescope looking into the female showers were pure comedy. But let’s be honest. There are cases of sexual assault/harassment in the military today. So, there is even truth in that.

Captain Stillman’s incompetence is seen early on when he pulls the pin on a live grenade in his office and another key event when he directs a live fire mortar team to fire a round, even though the mortar is not yet correctly sighted in. The trainees try to explain why they shouldn’t fire the mortar yet, but the pompous Stillman gives them a direct order to fire it anyway. The troops comply resulting in the destruction of the climbing tower that our brave Sgt Hulka just happens to be standing on.

Sgt Hulka’s subsequent incapacitation means that our boys, incidentally, seen as the most incompetent Basic Training platoon in the whole history of the U.S. Army, must put themselves through the rest of Basic. The final exam is the graduation parade where our misfits decide to perform “Razzle Dazzle” since they are incompetent at marching in a parade. Their performance impresses the commanding General when it’s discovered that the platoon put themselves through Basic because their Drill Sergeant was “Blown up, sir!” General Barnicke decides that these hard-chargers are just perfect for his new Top Secret EM-50 Urban Assault Vehicle project.

Of course, this scene strikes a chord as well. Firstly, because the misfits got put in charge of a very important project. And secondly, it shows the characteristic of adapting and overcoming by the enlisted force, even in the face of incompetent leadership.

Just in case you haven’t seen the movie but want to, I’m stopping here. But those of you who have seen it have probably now remembered many other “truths and accuracies” regarding military life from the movie.

Honestly, is the EM-50 concept that far-fetched? Tell me you wizened old warhorses; would it surprise you to see the Pentagon unveiling one?

“We’re all very different people. We’re not Watusi, we’re not Spartans, we’re Americans. With a capital “A”, huh? And you know what that means? Do you? That means that our forefathers were kicked out of every decent country in the world. We are the wretched refuse. We’re the underdog. We’re mutts. There’s something wrong with us, something very, very wrong with us. Something seriously wrong with us – we’re soldiers. But we’re American soldiers!” – John Winger

Now tell me that’s not true…