HomeCultureMilitaryMy Time as an Army Aviator 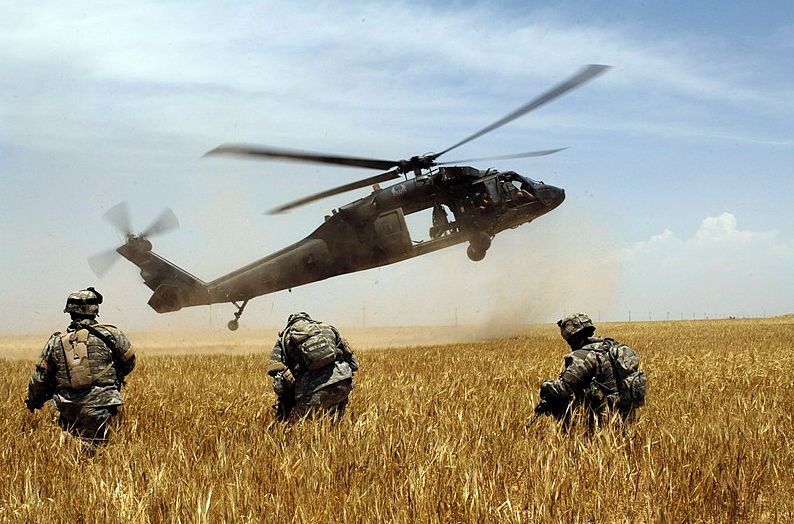 “For everything, there is a season and a time for every purpose under heaven. “ — Book of Ecclesiastes 3:1

Over the years I have met many new people, and they have often asked me what sort of things I have done. The conversation has usually gone like this:

New Guy: “So, tell me about yourself.”

Me: “I flew helicopters.”

New Guy: “How long did you fly in the Army?”

I never have a good answer for that. After I got out of the Army in August of 1986, I never flew again. I had a commercial pilot’s license from the FAA, but I didn’t have enough flight hours to be marketable as a civilian aviator. I had to go into another line of work, and quickly. My wife and I had a baby boy within a year of my resigning from my commission. As time went on, we gained two more children, a mortgage, tuition payments, and the rest of the American dream. Flying as a hobby was out of the question. That requires time and money, and for three decades I had neither.

I retired six years ago. When I left my job, I finally did have time and money. However, my eyes were not as sharp, and my reactions were much slower. I also had other interests. I was busy teaching a citizenship class. I was visiting patients in the VA psych ward every week. I was going on adventures that I would have never dreamed of doing earlier in my life. Flying was no longer attractive to me. It was a huge part of my youth, but it’s over.

I loved flying in the Army. It was exciting and occasionally dangerous. I learned to fly with night vision goggles (NVGs) at the Netheravon Airfield in England. Flying with goggles was often challenging. It was like watching a green TV screen through toilet paper tubes. The NVGs allowed for no depth perception, which made things in the air more interesting. I flew over the Salisbury Plain training area near Stonehenge. It was an endless sea of grass bathed in moonlight. The landscape was beautiful but treacherous. Flying over fields of grass is like flying over the ocean. There were no landmarks, nothing I could use to judge my airspeed or my altitude. Eventually, I got used to the goggles. It took a while.

When I was stationed at Fort Ord, CA, I needed to go on instrument flights. As a pilot, I was required to get a certain number of flight hours in actual IMC (instrument meteorological conditions), which meant flying in the clouds. I didn’t need too much “weather time,” but I had to get a certain minimal amount. Racking up those flight hours on the sunny California coast wasn’t easy. The best time to do it was during the summer when the fog rolled in from the ocean every evening and didn’t clear away until late in the morning of the next day. The fog was thick, hundreds of feet thick.

I remember walking with the other pilot to the Black Hawk that was sitting on the pad. It was early in the morning when the fog was dense, and a cold wind was blowing in from the west. The air smelt of seawater and fish. Everything was damp and dark. The top of the aircraft was slippery, making the pre-flight checks of the rotor system a little nerve-wracking. I could only see a few feet in any direction. It felt like being inside a golf ball.

After we had started the helicopter, we taxied to the runway. ATC gave us our flight instructions. Basically, we were to keep on a certain heading and steadily climb a couple of thousand feet. We were on the instruments as soon as we took off. There was nothing to see outside. The windshield just showed us a blank sheet of grey mist. We climbed and climbed and climbed.

Suddenly, everything was blindingly bright. We had broken through the cloud cover. Above us was the bluest sky I had ever seen, and below us was an endless sheet of dazzlingly white clouds. Seeing that was a transcendent moment for me. It was absolutely glorious. I don’t think I have seen anything that breathtaking since then.

I have other memories from my time as an Army aviator. Some of them are pleasant. Some are terrifying. But they’re only memories. I can’t relive those experiences, and I don’t want to. I am grateful that I had the opportunity to fly. I have no regrets about it at all, but it’s done.

It’s time to do new things.