HomeCulture“Bye, Donald Trump Lover!” Remembering The Time A Mother Kicked Her Grade Schooler Out of the House for “Voting Trump” 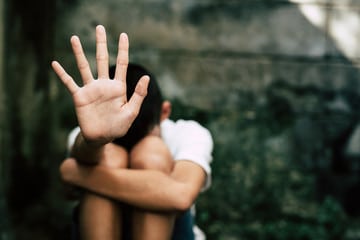 “Bye, Donald Trump Lover!” Remembering The Time A Mother Kicked Her Grade Schooler Out of the House for “Voting Trump”
by Scott Faith

I recently came across an old video that was made shortly after Donald Trump became President Donald Trump that I felt really resonates within the state of politics in our nation today.  In the video, a mother kicks her young son out of the house for being a “Donald Trump lover.”  Apparently, the child’s middle school class held a mock election, and the child committed the mortal sin of “voting” for Donald Trump.  Why did he vote for Trump?  Who knows why kids do anything?  The boy said he saw Trump on TV, so he voted for him.  That sounds about right, after all most middle-schoolers aren’t known for their political awareness.  But to the mother, that as something that just could not stand.

I’ve seen a lot of disgusting behavior related to our nation’s political divisions, but this was one of the worst.  The video is appalling.  A woman in the video, who we are led to believe is the boy’s mother, directs him to pack a bag and tells him he is getting kicked out of the house.  Being separated from one’s family has got to be one of a child’s worst fears, and this boy is visibly bereft.  For at least the length of the video, the young boy cries, protests, and pleads with his mother to reconsider.  She coldly instructs the child to “get your shit, and get out.” 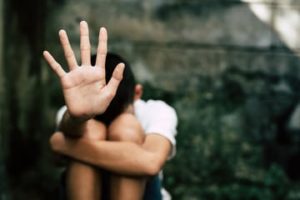 The mother made a sign for the boy that read “My mom kicked me out because I voted for Donald Trump,” and instructed him to stand by the road with his suitcase and the sign, presumably until another “Donald Trump lover” came by and picked him up.   Towards the end of the video the boy is laying on the sidewalk bawling in fear, his packed suitcase and his mother’s handmade sign on the ground beside him.  Another, younger boy who I can only assume is his brother, screams in terror.  His mother tells him he can join his exiled brother.  When questioned about it later by police, the woman claimed it was “a joke.”

I remember when this story first broke, because I read about it in the Washington Post.  This was my first experience with what became known as “Trump Derangement Syndrome.”  I couldn’t imagine the kind of blind hatred and rage that would drive a mother to not only do something like that to her children, but also to post it on social media for the world to see.  This kind of thing does real harm to children’s psyches.  This is something that boy will probably never forget.  And even if he wanted to, the Internet will never let him, thanks to his mother.

This could have been a teachable moment.  “Oh you voted for Trump?  That’s interesting, why?  Oh, did you know x, y, and z?” but instead, an opportunity for education turned into trauma for the children and drama (once the police got involved) for the mother.

And in case you think this didn’t really happen, the video is below.

Let’s try to treat each other better, people.