I was sickened by them. They were defeated. I wasn’t. Sure, I was rocked. But I was pissed. I was tempted to walk past them into the barber shop on the corner and get a high-and-tight haircut and start heading for the front lines. 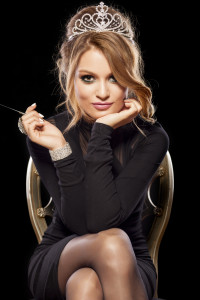 My mom talked to me the next day. “Do you want to enlist?” Her face looked more creased and wan than I wanted. She remembered me as a little boy re-enacting scenes from Zulu. She could see the perfect storm of patriotism, martiality and desire welling up in me.

She didn’t need to worry. I was a prison chaplain now. I was beyond childhood desires and reckless impulses. And I saw a battle I needed to fight at home. “This is terrorism,” I told her. “It can happen anywhere. Especially in prison.” I was already working 40-plus hours a week for my church’s prison ministry. I felt like I was already fighting the enemy where I was.

I could see the relief wash over her face. For once, her little boy had dodged a bullet.

Sitting in the posh hotel room, I tried to focus on Kerry. “Divorce has gotta be hard. You been doing OK since then?”

Kerry shrugged. “I guess. I went back to Tennessee to stay with my parents for a bit.”

Divorce. War. Terrorism. Things were getting way too heavy for a Friday night. I tried some small talk. “And you’re in California now because…?”

“Oh.” My conversational skills had deteriorated to Johnny Weismueller levels. “That’s nice of you.”

“Yep.” So had hers. This wasn’t the fantasy either of us had signed up for.

There was a knock on the door. Kevin was a room service waiter. He did a double-take at me. I held my finger to my lips and forced a cocky smirk I didn’t feel. He presented a plate of chocolate-covered strawberries.

Kevin shook his head. “It was charged to the room.” He handed her a note. “Marcy said to deliver them now.”

“Oh.” She closed the door behind him and placed the plate on the bed, studying it almost disgustedly. “That was weird of her.” Well, it was now. “Do you, uh, want one?”

I cupped the strawberry in my hand. It looked like it would be good. The chocolate was wrapped perfectly around the berry. There had been a lot of craft and design that went into this thing. Knowing how the hotel was run and marketed, I’m sure these strawberries saw more action than any fruit since 9 1/2 Weeks. Until now. It was just wasted in this room.

I took a bite and gave things one last shot. “It’s good.” I guess it was. It could have been cardboard and I’d have said the same thing.

I didn’t want to cut my losses. I didn’t want to believe I could have murdered this opportunity. I’d stayed planted on the bed for as long as I could. But I’d come to the end of the script. I couldn’t think of anything else to say. No magic words that could turn this around. Especially since she wasn’t giving me any help. She sat silently, finishing her strawberry and picking a speck of something off her pants. I decided to call her bluff and stood up. “Well, this was cool.”

“I guess so.” She could stop me from going anytime she wanted.

Then, she said the least sexy words in the English language. “It was nice to meet you.” And she stuck out her hand. I shook it and wondered if I was too old to join a monastery.