HomeCultureBreaking Through: “Microaggressions,” “Trigger Warnings,” and the New Meaning of “Trauma” 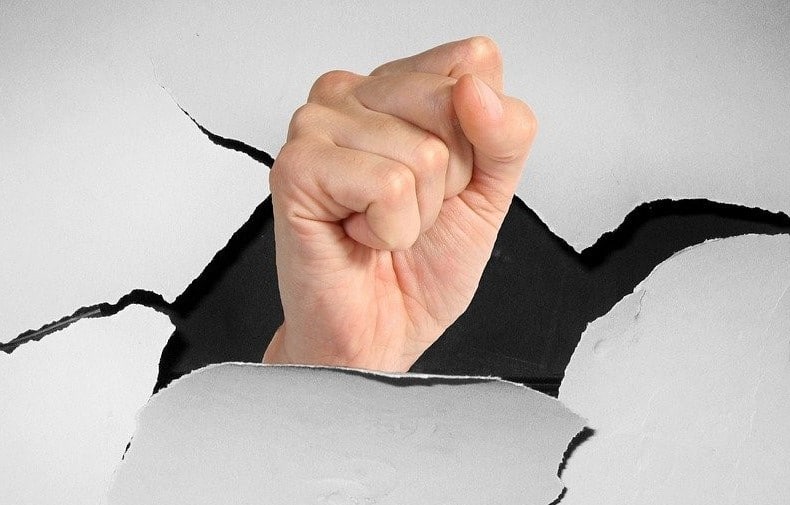 Breaking Through: “Microaggressions,” “Trigger Warnings,” and the New Meaning of “Trauma”
by Chris Hernandez

This article first appeared in The Havok Journal on January 9, 2015.

When I joined the Marines, I met a man who had survived a helicopter crash during a training exercise. The first time I saw him his head and face were covered in burn scars. A balloon filled with saline, that looked like a dinosaur’s crest, was implanted in his scalp to stretch the skin so hair could grow. Something that looked exactly like the checkered buttstock of an M16A2 was imprinted on one side of his head. He greeted me when I checked in to my unit, and totally ignored the shocked expression I must have had when he approached. He shook my hand, asked a few questions, then left with a friendly “See you later, PFC.” His demeanor left me with the absurd thought, Maybe he doesn’t know how strange he looks.

He had been assigned to my reserve unit while undergoing treatment at a nearby military burn unit. I wound up becoming friends with him later and eventually worked up the nerve to ask him about the crash. Of course, I quickly followed my question with, “But if you don’t want to talk about it, nevermind. Sorry.”

He brushed off my concerns. “Nah, no problem. The day I can’t talk about it is the day it starts to haunt me.”

He told me about loading up with his platoon in the helicopter that day. He described what it was like to see the ground coming through the window and realize they were about to crash. He talked about grabbing his seat belt release, being knocked unconscious on impact by his rifle butt slamming into his temple and waking up on the floor with his head on fire. He told me how he crawled toward the exit, in flames, past screaming, burning Marines trapped in their seats. He recounted his memory of shouting that he would come back to help them. He told me how he managed to drag himself over the edge of the helicopter’s ramp and fall into a rice paddy. He told me about other Marines who saw the crash and ran to save him and some others. He talked about all the friends he lost that day, more than a dozen. He talked about how much he missed being an infantryman, and how he had made peace with the fact that he could never be one again.

What struck me was how easily he was able to tell the story. I had never heard of someone making a decision not to let trauma affect their lives. I had a great uncle, still alive then, who had been a Marine in the Korean War. He came back traumatized, took years to get back to normal, and to his dying day never told anyone in the family what he experienced. Even after I became a Marine, he gave me only the barest details of his service. As far as I know, he never told his Marine son either. Unlike my friend, my uncle couldn’t talk about his trauma.

I’ve experienced trauma myself. I don’t know how many murder scenes I’ve worked as a police officer. I remember the shock I felt when I walked up to a car after a seemingly minor accident and saw a two-year-old’s head lying on the floorboard. I stood helplessly outside a burning house as a ninety-two-year-old woman died inside, while her son screamed hysterically beside me. For years after my time as a soldier in Iraq, I’d have a startle response if I unexpectedly saw a flash, like from a camera, in my peripheral vision (it reminded me of flashes from roadside bombs). Soldiers near me were shot, burned or killed by weather in Afghanistan.

My childhood wasn’t rosy either; early one morning when I was eight I heard pounding on our kitchen door, then was terrified to see a family member stumble into the house covered in blood after being attacked by a neighbor. Even today, after thirty-five years, I still sometimes tense up when I hear a knock at the door. When I was ten, my eleven-year-old best friend committed suicide because of a minor sibling dispute. He wrote a note, left a will, snuck his father’s pistol from a drawer, and shot himself. I was severely affected by his death, and ten years later got a copy of his suicide note from the city morgue. After I read it, I finally felt that I could heal from that horrible event.

I’m no stranger to trauma, and I’ve dealt with it by writing and talking about it. I suppose I’ve always defined “trauma” the traditional way: a terrible experience, usually involving significant loss or mortal danger, which left a lasting scar. However, I’ve recently discovered my definition of trauma is wrong. Trauma now seems to be pretty much anything that bothers anyone, in any way, ever. And the worst “trauma” seems to come not from horrible brushes with death as I described above; instead, they’re the result of racism and discrimination.
(Continued On Next Page)