HomeCultureBooksTotal Resistance – When Your Government Goes to Hell 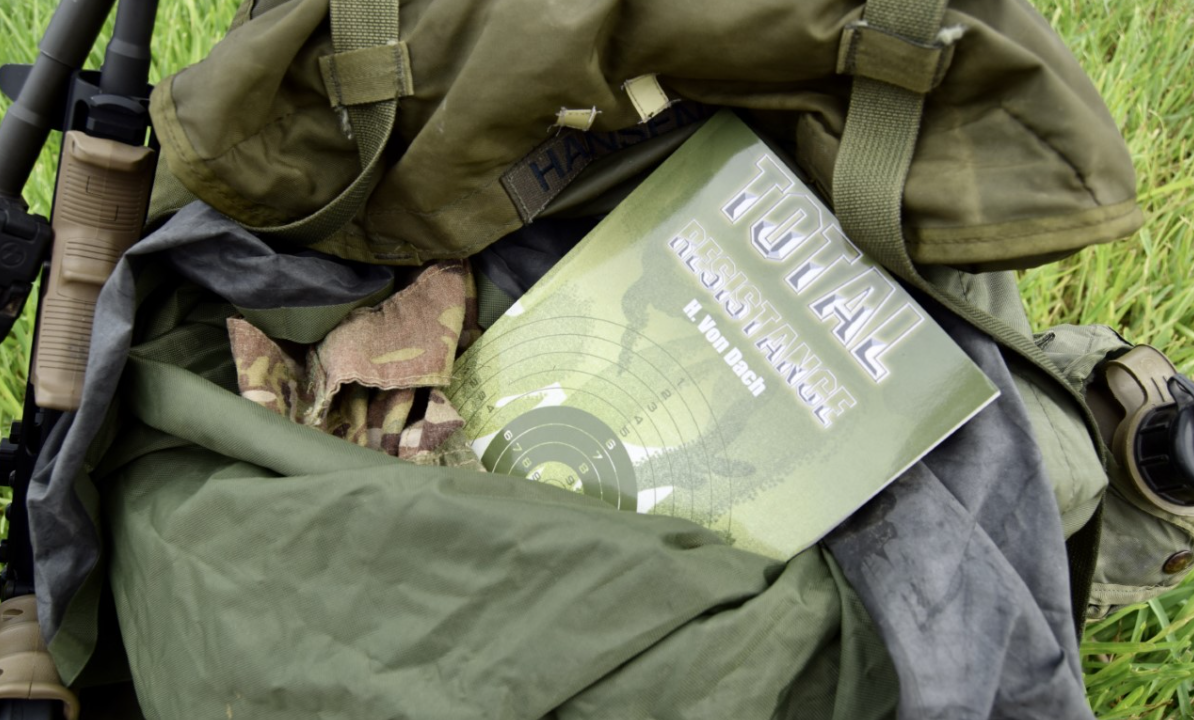 Imagine, you wake up one morning, turn on the coffee pot and look out your living room window. In the distance, you can see buildings ablaze, you can hear explosions and the faint, but perceptible odor of smoke has just grazed your nostrils. You grab your smartphone and see your social media accounts are inundated with notifications about chaos across American cities. You click on a link from your local news broadcaster and see a video of masked assailants, wearing all black, “peacefully” protesting and screaming phrases like “No justice, no peace,” and “Abolish the police!”

Suddenly, a headline scrolls across the top of your screen: “BREAKING NEWS – Local police force disbanded, due to racism, homophobia, sexism, transphobia, islamophobia, and all other forms of bigotry.” Within a few minutes, the streets are running rampant with more assailants, screaming things like, “F*** fascism!” and “All cops are bad!” Eventually, looting begins, and non-participants are being attacked by the “protesters;” within days, these “anti-fascists” take control of all forms of local government as well as the supply routes into the city.

They prevent truck drivers from delivering food and medicines to local distributors. Other city governments throughout the United States agree to disband their police departments as well. Finally, the mobs form a new government: The People’s Progressive Government. They decide it’s time to disarm the local population and start sending agents to gather weapons for the “collective good.”

What do you do?

As Americans, we know that a scenario like the one described above could never actually happen – right? But what about a natural disaster? Or an invasion by a foreign military? Or a coup within the ranks of our own military? Or a collapse of the US economy due to skyrocketing inflation? The list could go on for quite a while, but eventually, we would come across a situation that would require citizens to figure out a way to protect themselves, their families, and their way of life.

Recently, I picked up a copy of Total Resistance, by H. Von Dach. Originally published in1957 (and in German), this book was basically written as a “how-to” guide for the planning, and execution, of a successful guerrilla warfare campaign against the threat of a Soviet invasion of Switzerland during the Cold War. Since then, numerous translations of the book have been written for countries throughout the world; in fact, even American Special Forces have taught some of the lessons featured within its pages. The editing for the tactical portion of the work was done by Soldier of Fortune Magazine founder, and former Green Beret, Robert K. Brown (RKB).

Considering Green Berets train unconventional units, to conduct unconventional warfare, it makes perfect sense this book would be a tool in their training strategy. Von Dach realized it would take the efforts of the military and civilians alike to fight a Soviet occupation. With this in mind, he wrote the tactics in a way that was easy to understand and employ, by citizens with only basic weapons at their disposal.

The first part of the book breaks down the organization, purpose, and strategy of successful guerrilla warfare. Von Dach covers everything, from setting up small-scale units and tactics, to battalions of guerrillas ready to wreak havoc on enemy troops, communications, and supply lines. In order to be as effective and efficient as possible, the units must target the power networks, industrial plants, repair shops and depots, enemy headquarters locations, as well as the couriers moving sensitive messages throughout the territory. He gives in-depth instructions for slowly, and subtly (so as not to be discovered immediately), destroying different types of equipment from small vehicles, to trains, to jet airplanes. An example of this type of sabotage is Von Dach giving instructions to, “Throw a handful of sand, abrasive powder, or metal shavings into each gear box” to wear out the bearings on railroad freight cars. The first part of the book also includes detailed guidance on the construction of homemade hand grenades, charges, and the proper emplacement of landmines.

The second part of the book covers the organization and operation of the civilian resistance movement. This group of resistors is composed of people not necessarily able to go out into the mountains for weeks at a time, or capable of fighting their way into and out of enemy installations during operations. These civilians all “maintain belief in final victory,” and carry out important tasks like concealing weapons and ammunition, collecting intelligence, aiding in the evasion and escape of downed pilots, falsifying ration cards, and counterfeit money, and helping in the organization of fighting units. Von Dach states, “Without the support of the civilian population, guerrilla warfare will fail in the long run.” While a lot of the work civilians do is behind the scenes, Von Dach acknowledges the importance civilians play during a guerrilla operation.

One of the qualities I enjoyed most while reading the book was the use of diagrams. Von Dach uses detailed (and precisely labeled) diagrams throughout his work; these diagrams really bring to life what he is explaining on the page. My favorite diagram shows the best way to kill an enemy soldier using an ax. The frequency with which he uses the diagrams makes the material easy to understand and interesting to consume.

My biggest complaint about the book is actually not with content, but with the printing process used for producing the book. The font is very small, and sometimes misaligned; furthermore, the typeface on the diagrams is even smaller, requiring a very close examination of the explanations of the content of each drawing. This was printed (in English) in 1965 and appears to not have had a face-lift since. I also would have loved to see Von Dach’s take on waterborne operations and sabotaging vessels; unfortunately, Switzerland is a land-locked country, so Von Dach probably figured the Soviets would not be able to get a large tactical advantage by using boats on the lakes and rivers throughout the country.

Some “experts” have argued that the tactics and technology mentioned in the book are outdated, and no longer useful on modern battlefields; however, some Ukrainian military personnel and civilians alike are using it today, to fight the Russian occupation currently unfolding. Keeping in mind that this work was written for civilians with limited access to weapons, it serves as a great guide for the average, untrained, everyday person to use for basic tactics to carry out guerrilla operations against an occupying army. Should the unthinkable happen, and American civilians be forced into taking up weapons to secure their lives and livelihoods, this book may come in handy to bring the fight to the occupiers. “Do not engage an enemy more powerful than you. And if it is unavoidable and you do have to engage, then make sure you engage it on your terms, not on your enemy’s terms.” –Sun Tzu

Imagine, you’ve been staying in your house, living off of rations, and unable to drive your car because the gas stations are empty. Your landline telephone rings; cellphone tower signals have been requisitioned for official government business at this point, “Hello,” you answer. Your friend, who lives in a neighboring state, replies, “The People’s Progressive Government agents just kicked down my door. They took all my guns and ammunition. They shot my dog. I don’t know what to do. What can I do?”

What do you do?