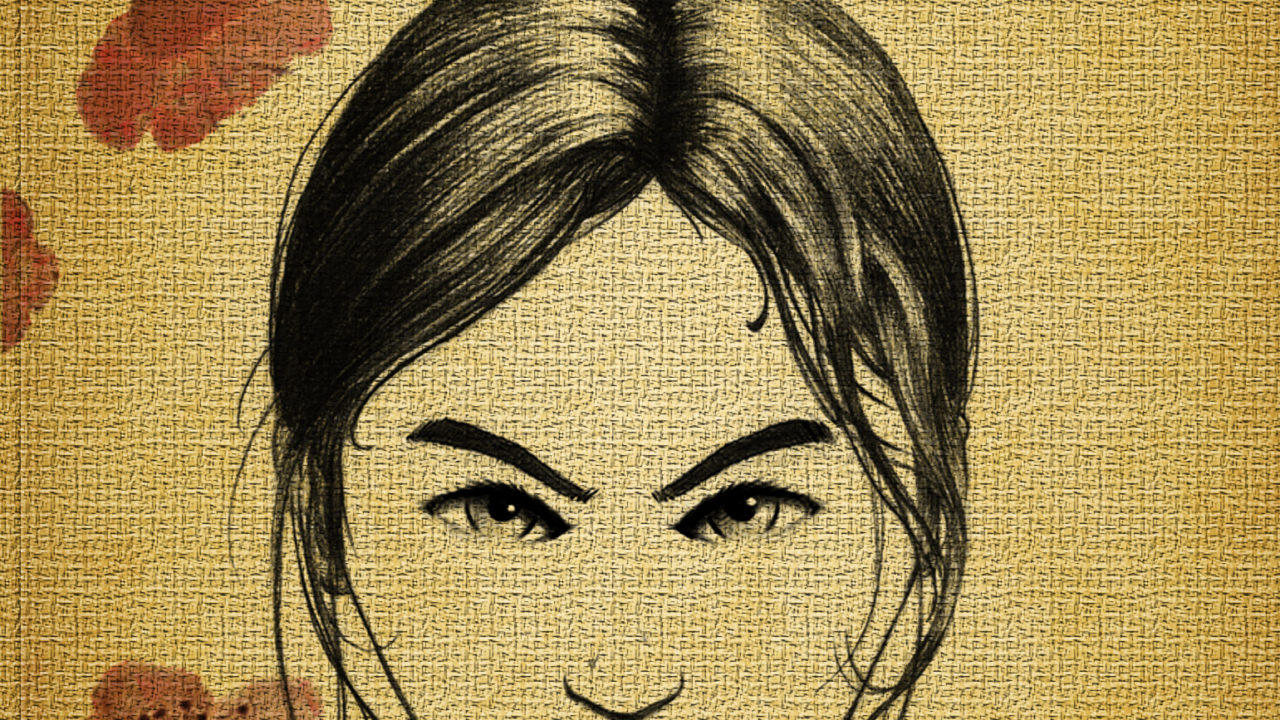 The Comfort Station is written by Lt. Col (Ret.) Kelly Crigger. Here is a brief description of the novel before enticing you with the excerpt.

It is the thirty-second year of Japanese occupation in Korea and tens of thousands of young women have disappeared from the peninsula. Like so many others, Ki-Hwa Kim’s parents imposed a lifelong seclusion on their only daughter, but a tragic error in judgment ended their cautious life. Forced into sexual slavery as a ‘comfort woman’ for the Japanese Army, Ki-Hwa is shipped to the South Pacific island fortress of Rabaul to be the mistress of a legendary Cavalry Officer. Allied Forces pummel the island in preparation for an inevitable invasion. Paranoia grips the garrison when Admiral Yamamoto, the architect of Pearl Harbor, is killed in an Allied ambush shortly after leaving Rabaul and fingers are pointed in every direction. Within this chaos, life for Ki-Hwa and hundreds of others in the comfort stations is survival of the fittest. Once a farm girl afraid of her own shadow, Ki-Hwa discovers people are callous, sadistic, and deceitful and must find the strength to resist the mighty and unforgiving Empire along with her one true friend. But when an imposter threatens to unravel the group’s carefully laid plans she is forced to make an impossible choice between guaranteed security and a shaky promise of freedom.

Ki-Hwa could not see the men talking on either side of her as they bounced like so many potatoes in a sack on the rickety road from Bulguksa. The cab was certainly better than the man in the back who was undoubtedly jostled, but he at least was not hooded and bound.

“We could stop right here. No one would know,” the driver said.

“We could also be run through by the captain’s sword,” a voice to her right replied. “She is not to be harmed.”

“If you are so anxious, take care of yourself when we get to the barracks. I will not hear of this again.” 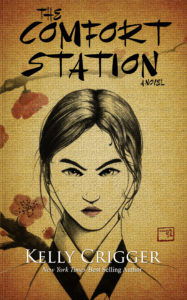 The sergeant’s warning resulted in total silence for the rest of the ride. She was seized, tied, blinded, and squeezed between two men in the cab of a truck not meant for three people while her captors bartered over her virtue. Instinct told her to cry and beg for life, but rigid discipline kept hell at bay.

This was more frightening than the time Tae-Hyun was nearly crushed by a stack of cinder blocks falling near the house. They had been playing when her brother fell against the six-foot high stack, causing it to collapse and bury him. Scrambling to dig him out from underneath the pile she was sure she would find a corpse, but the bricks turned out not to weigh much.

That was when she discovered the difference between heavy, expensive bricks, and lighter, cheaper ones made with more straw in them. Father was incensed and immediately returned them to the vendor, not willing to weaken the Kim house. How she wished she were buried beneath cheap bricks instead of in the cab of a truck.

They stopped. The engine’s silence and dismounting soldiers brought a swarm of locusts buzzing in her stomach as they eased her out of the truck like a glass bowl. Someone groped her breast and she wriggled to the other side while the man in the truck bed fumbled with her feet.

“Get her up the stairs,” the sergeant said.

She counted thirteen steps when they put her down and unbound her feet, but not her hands. Someone pushed her and she stumbled, still blind.

“Faster,” the driver insisted with a shove.

“Five lashings with a cane if you do that again,” the sergeant said. “Would you prefer to park the truck instead of having the honor of presenting this to him?”

Present me to whom? she wondered, trying hard not to let the tears well up. Her heart pounded in her ears, echoing inside the hood like a bell. She retraced her steps a hundred times on the ride and once more as she walked.

I hiked up to Bulguksa, sat in my favorite spot, alone with my thoughts in a place no one ever goes. Men came from nowhere. Why? Who were they?

Warm air. The smell of a fire. They must have passed through a door. The men slowed their pace and stopped, grabbing her by the shoulder to do the same.

“Sir! May I present– ” the sergeant started.

“Do you think me a fool, sergeant?”

It cannot be, she thought. But it was. The hood flew from her head, revealing the strapping Captain Inoue standing mere inches in front of her.

“Anyeong haseyo, Miss Kim,” he said, greeting her in Korean.

“Thank God!” she cried out, running to him. “I don’t understand what’s happening. These men attacked me and brought me here. I don’t know why. Please tell them who I am. I’m not who they want!” She placed her bound hands on his chest. The man she had dreamed of for so long would help her. It was all a misunderstanding and he would take her home.

“Oh, but you are, Miss Kim. You are exactly who they set out to rescue.” He turned and walked to a massive wooden table in the center of the room and removed his sword. Just past the table was the largest hearth she had ever seen where a pile of embers smoldered, wasting most of the space it was built for. She looked to his sword where it lay on the table, which he noticed. “Oh this is not your fate, little one. You are destined for much more.”

“You? You have done this to me, sir?” She held up her tightly bound hands.

“It is the natural evolution of things. The big fish swallow up the little ones.” He was stone faced, void of pity. “Because the nail that sticks its head up is the one that gets hit.”

“Quite the contrary, miss. You did not do anything. But you did say something.” He leaned closer and smiled as if he’d told a joke.

“But I can. Your fate is better left in our hands, Miss Kim.” He took two slow steps toward her as she inched backward. “You need direction and mentorship, so the gracious Emperor will provide you the opportunity to flourish under the Rising Sun.”

She stood alone in a room bigger than her entire world, the target of contempt. A swarm of emotions buzzed in her head and she shooed each one away as an ox swats flies with its tail—all except anger.

“Is that what we are in your eyes? Wayward children in need of enlightenment?” Her voice cracked. “Are the Korean people being saved by the gracious Empire for our own good?”

“A tiger’s heart wrapped in a woman’s hide.” He said, smiling. “We will assimilate your culture into ours and make the herd stronger. It is the natural way.”

“Assimilate us? Do you not mean exterminate? Like the Chinese?”

“What do you know of China save for your schoolbooks?” he raised his voice. “We brought prosperity and hope to a godforsaken band of inbred tribesmen in loincloths. We brought the hand of God to rid the land of its infernal pestilence! You know nothing of the world; nothing of life and death. Your very existence is at my bidding and yet, you lecture me on virtue as I offer you providence and a meaningful destiny.” He paused to study her form. “You weep for Korea and condemn me as the enemy of your country. Tell me, Miss Kim, what solution do you propose for your people’s plight? Do you have one? You can stand there and cry about the need to find the way to a better life, but you have no path to get yourself there. That is why you need our help.”

He stood inches away, leaning in with a scowl until she saw every flaw of a well-maintained set of teeth. Her right foot began to slide backward until she commanded it to stop. “We are not your underlings.”

He smiled. “Darkness reigns at the foot of the lighthouse, Miss Kim. You would be wise to look up to us.”

Words failed her. She stared at his back as he slowly walked to the table to retrieve his sword. An impeccable hat sat next to the blade, adorned with that lovely flower she had seen before. The beautiful chrysanthemum in bloom perched atop the headgear of a murdering liar. In front of him the fire popped as an ember shot from the hearth. Her breath quickened. Her blood pulsed and the anger turned to rage.

“You have barely been off your farm, Miss Kim, but you will travel now,” he said.

But she was not listening. She lunged forward with all her might and kicked him squarely in the back, sending him falling toward the fireplace. It was instinct without reason; a malicious kick with bad intentions with no thought of the consequences.

Captain Inoue fell, placing his hands briefly on the glowing embers that lay strewn on the hearth. He leapt to his feet and let loose a muffled groan of pain, looking down at his singed palms. He turned to her, the sadistic smile engulfing her with fear. With remarkable speed Inoue was on her. Before she could even turn he had clamped one burned hand down on a long strand of hair and shoved the other, swollen and blistering, into her face.

“This? This is not pain!” he shouted as spit flew from his mouth. “You will learn about pain. I know who will teach you!”  He exhaled moist, warm air into her eyes and nose. But recoiling as suddenly as he’d attacked, he gave her a sidelong glance and laughed.

“Sergeant!” he yelled, letting her go and folding his arms behind his back.

“Hai!” the young man said, running into the room.

“You know your orders. Do not come back if you fail,” he sneered at the sergeant before turning to Ki-Hwa. “Farewell, for thou art too dear for my possessing.”

Defeated, bound, and wrapped in the arms of a strange soldier, Ki-Hwa sobbed as the two turned and walked into the unknown.

To purchase the The Comfort Station, click here. This first appeared in The Havok Journal January 10, 2019.