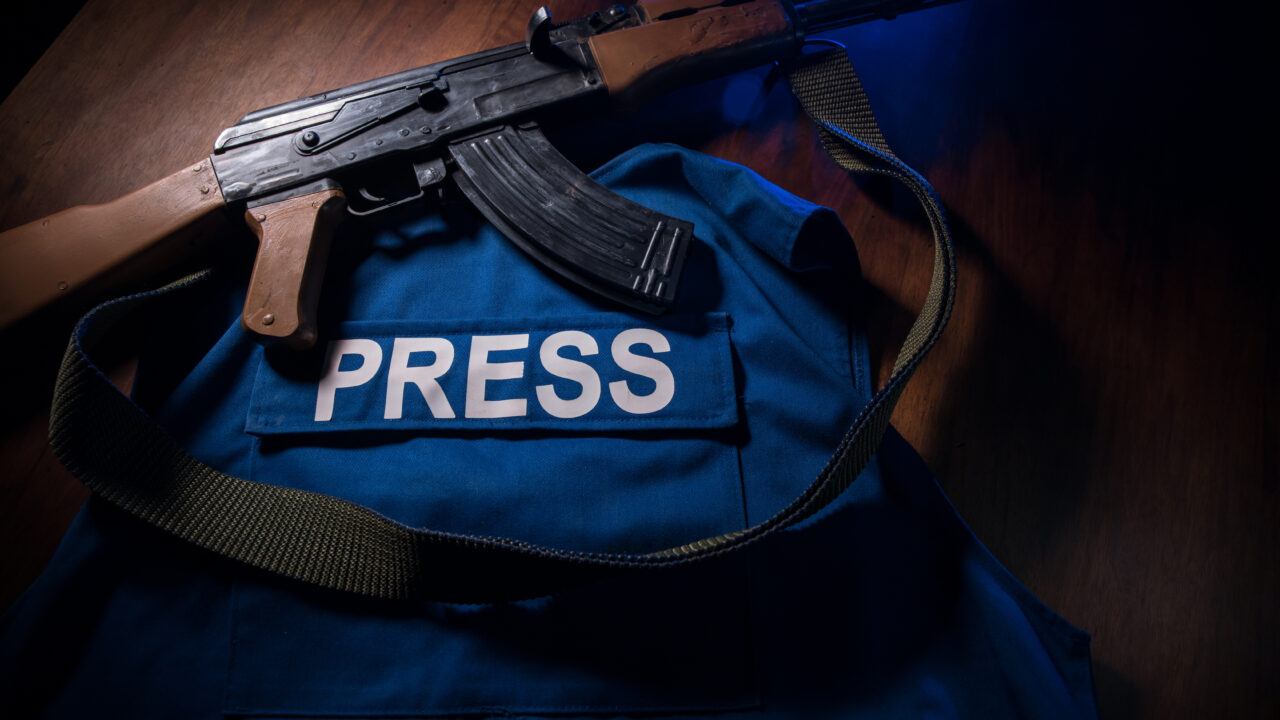 This first appeared in The Havok Journal on January 15, 2020.

2018 was the deadliest year on record for journalists, according to Reporters Without Borders.

At a time when press patches are used as targets rather than a sign of neutrality, Australian/American Global Conflict Journalist Hollie McKay uses research, instinct, and trusted fixers to capture the story in some of the world’s most dangerous places.

Growing up in Queensland Australia, an area tropical and remote, Hollie learned to love wild places from a young age. In 2006, in her senior year of college at the University of Technology in Sydney, Australia, Hollie seized an opportunity to finish her final semester abroad in New York City.

Upon completion of her bachelor’s degree, Ms. McKay was accepted into a journalism internship with a large media company. “I think I was specifically picked because I had a lot of web experience and that went back to the early dot.com days. I took a couple classes my first year at university, but I mainly taught myself. Honestly, I think that’s a big part of why I was selected,” McKay recounts. Digital was kind of a revolutionary area and everyone else wanted to go into TV.”

With a life-long interest in genocide and human rights issues, coupled with the rise of Arab Spring in 2011, Hollie focused her attention fully on conflict. Just prior McKay was working in general reporting and entertainment.

That all changed after Arab Spring. McKay began travelling extensively to both Afghanistan and Syria – currently ranked number one and number two respectively for most dangerous countries for journalists to work. 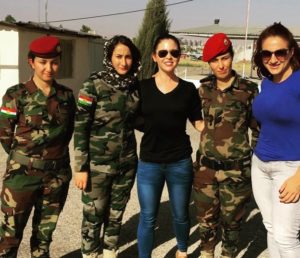 The conflict reporter says that listening to your gut feeling is critical when reporting from war zones, “I can definitely say when it comes to my work in Afghanistan, and Syria, I think I would’ve been in danger at times had I stayed there any longer. I wouldn’t say it was any specific incident, but you have to really listen to yourself to know when it’s time to leave. In all my situations, I know when I have outstayed my welcome and things feel like they’re closing in,” McKay says. “You have to know when to get out and I think I’m pretty attuned to that.”

Acknowledging the danger, McKay emphasizes the unique risk and the lure of Syria for journalists. “You have to respect the danger. Especially in Syria. I worry a lot more about disappearing from the regime than I do from any terrorist group. I noticed there was a certain insatiable quest for people who didn’t really have much experience wanting to go there, but Syria is not the place to cut your teeth,” McKay says. “But then again, I look at people that were phenomenal journalists like Marie Colvin, she died in Syria and she was very experienced. It’s an arbitrary thing.”

Marie Colvin, was one of the most prominent war correspondents of our time and was easily recognizable by her distinctive black eye patch – a constant reminder of her time covering the Sri Lankan Civil War, where she lost her eye in an ambush.

On February 22, 2012, while reporting from a clandestine media center, in Homs, Syria, Colvin was killed in a rocket attack – not at the hands of rebels or a terrorist group, but at the hands of a hostile regime. A U.S. court awarded Colvin’s family a $305 Million settlement after they uncovered the Syrian regime’s systematic use of informants and mobile satellite interception devices to pinpoint clandestine media centers and direct rocket strikes on the journalists inside. 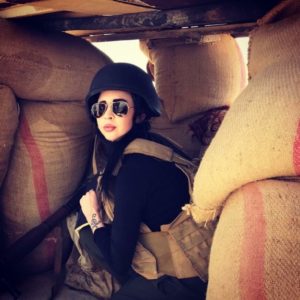 One challenge for journalists covering war is keeping people’s attention. No matter how brutal it gets attention wains because of the extended time period the US has been at war. “One headline just starts to blur into another. I think whether its Afghanistan, Burma, or Iraq it affects everyone. We’re all affected by conflict. When communicating with an American audience you have to remind them not just the basic humanity, but how it affects their day to day life. I see my job, above being a journalist, above being a writer, I am a storyteller. If you can tell a great story; you’re going to capture people’s attention,” McKay says. “I really seek to be a storyteller.”

The journalist says that when traveling overseas she travels light and low profile. She depends on a network of trusted fixers and takes a minimalist approach when it comes to packing. “I typically just travel with a backpack, because I’m moving around so much. You know, I’ll be washing my clothes in the shower; it probably sounds gross. I travel light, but if I’m going to the front-line, I’ll try to arrange to have my helmet and my flak jacket there,” McKay says. “I’ve tried to pack my body armor with me and I realized that it causes more issues at the airport than anything else.”

Understanding the logistics of what is needed on assignments happens for McKay in the research leading up to a trip. Her understanding has also been developed from years of experience and past lessons. “On assignments, I pack tons of notebooks and pencils, because if it rains and you’re trying to write with a pen, you’re screwed. I think of little things like that. I have a number of phones, so if one goes down I have another one. I try to record as much as I can on that and use it to take photos. It’s so much more efficient too because I can upload everything to what we call the box. It’s like Dropbox, but bigger. Back in the day when you were leaving a country they [foreign Customs] would just take your memory cards,” McKay explains. “This way, if you’re getting it uploaded straight away, they can’t really do much about it. Also, battery packs. If the power goes down, you might be without electricity for days.” 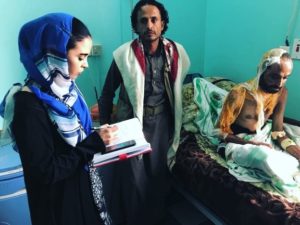 A peak at Hollie’s social media page shows a juxtapose of images. Some of Ms. McKay in a hijab standing over a badly injured child in a hospital. Others of her doing a burnout in the street, on her Harley Davidson, or enjoying a fine Cuban cigar in the Grand Havana Room, in NYC. The scenes so close together in time they make you wonder if she still has sand in her boots from a far-away place. But one doesn’t just flip a switch when returning from a war. That kind of exposure at any capacity weighs on a person, “I will never know what it’s like to be born and raised in a place like Afghanistan, where everyone’s lost someone. I hope by at least telling their story we can at least have some understanding of it. The longer I’m gone the longer it takes to adjust to being back. It usually takes about three weeks to start feeling human again,” McKay says.

While Hollie is focused on human rights issues, she hasn’t pigeonholed herself into any one field of reporting and in the future, we will likely see her reporting on a wide array of topics including drug cartels and border issues, “For me now, a lot of the things that I cover are sensitive… in war zones and things. But it’s not about being in dangerous places, I think that’s a misnomer that people think we’re adrenaline junkies, McKay says. There are amazing stories here, and there are amazing stories in Afghanistan; it’s about finding that story.”

David is a freelance writer from the North Shore of Massachusetts and a former 82nd Airborne Division paratrooper/medic. David has served a career in law enforcement with a focus on counterterrorism and training. Recently, David graduated from UMass Amherst with a bachelor’s degree in journalism and is currently in a mentorship program with Military Veterans in Journalism Network.