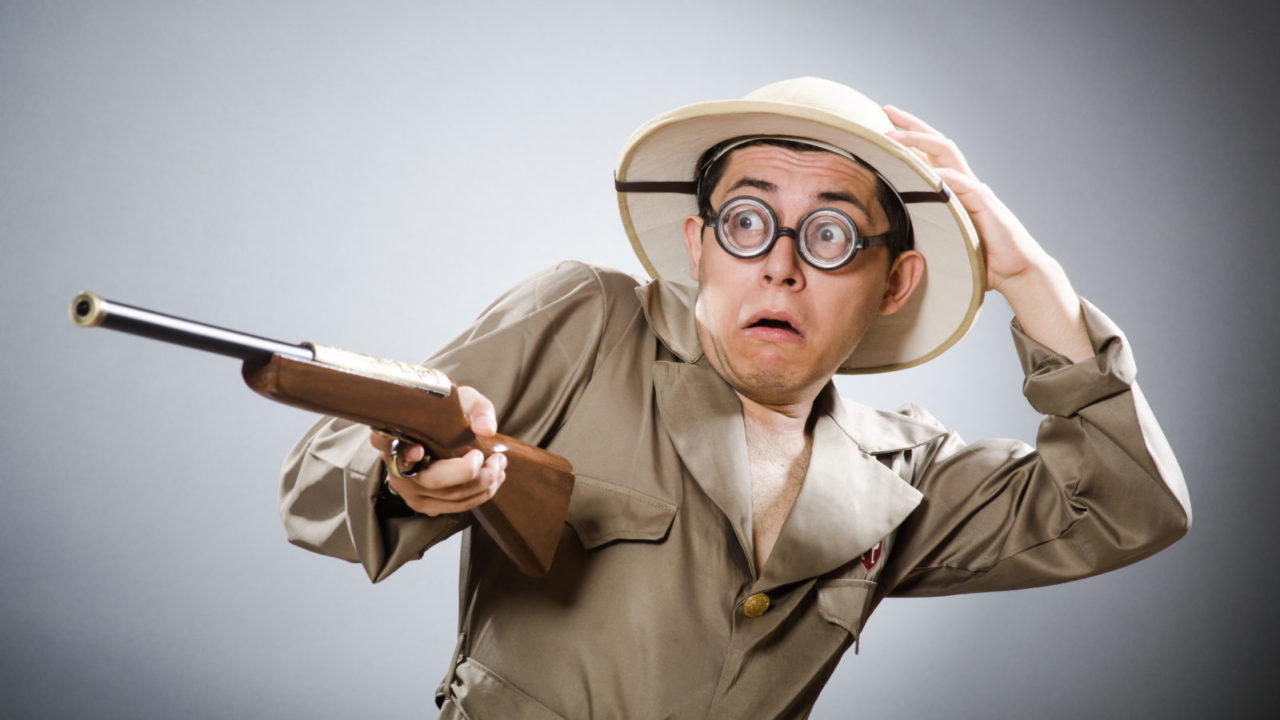 You can’t make this up.

Well, actually you probably could, and it would make a better story. But check this out:  in the wake of the Orlando tragedy, a self-appointed anti-gun crusader took it upon himself to experience shooting a modern sporting rifle for the first time. And then he was kind enough to tell us all about how “horrifying” it was.

How bad was it? Well, according to him, the experience of shooting an AR-15 at the range gave him — wait for it — “temporary PTSD.”  I’m not sure which is worse: the fact that someone actually wrote this, or someone else actually published it.

“It feels like a bazooka — and sounds like a cannon,” he claimed in the article. That wasn’t all. The smell of gunpowder made him sick. The recoil, he said, bruised his shoulder. The shots (I’m sorry, the “explosions“) were “loud like a bomb.”

Well folks, having some experience with not only AR-15s but also actual cannons, bombs, and “bazookas,” I can tell you most assuredly that an AR-15 isn’t anything close to any of those, and anyone who equates all of them doesn’t know the first thing about any of them.

Bombs and “bazookas” are larger, heavier, and orders of magnitude more destructive than an AR-15. Additionally, the recoil of an AR-15 is minimal.  Most people who fire the weapon more than once barely notice it. There shouldn’t be any “bruising” after cranking off a couple of rounds, unless there’s some kind of underlying medical condition, or if the person is so scared of the weapon that he or she doesn’t tuck it in tight.

An AR-15 is a far easier, and more forgiving, weapon to shoot than many other types of firearms, including shotguns. In fact, I prefer to teach people to shoot on an AR-type platform over other types of large-caliber weapons for this reason. Firing an AR-15 is easy, safe, and enjoyable… if you don’t walk into it with a political agenda. Don’t believe me?  Take a look at the video below (the video is worth watching in its entirety, but for purposes of this article I started it where the AR-style rifle comes into play).

Making the totally mundane experience of shooting at AR-15 some kind of significant emotional event or physical trial was bad enough. But his “terrifying” experience of firing an AR-15 didn’t end when he stepped away from the gun line, though; just a few squeezes of the trigger left him with self-diagnosed “temporary case of PTSD.”

I’m sorry. WTF did you just say?  “Temporary PTSD” from firing a gun… at the range… at a paper target… with no one else shooting back?  How dare you, sir. How dare you trivialize the plague of the veteran community to score cheap political points! You were “anxious and irritable” after spending a couple of hours at a gun store, so that means you had PTSD? What a crock. This is another example of someone who knows nothing about guns but wants to tell you all about how “bad” they are.

I think most veterans will be anxious and irritable after reading that ill-informed publicity stunt of an article, but they’re not going to claim PTSD over it. Couldn’t the author have come up with some other claim to underscore how “terrifying” and “horrible” the experience was, without resorting to that?  But hey, I guess he’s a “gun victim” now too, since the gun gave him PTSD.

This article is a clear example of someone who had a political ax to grind, and no matter what the facts were, was going to twist them into something to support a specific political narrative. Acts like this are reasons it’s impossible to have rational discussion about guns in America.

So, to sum up, firing an AR-15 at an indoor range is “disorienting,” “bruises your shoulder,” makes you “anxious and irritable,” and worst of all, it gives you “temporary PTSD”. Seems legit. Check out the original article for yourself and let us know what you think.