HomeCulture“Affluenza”: All the Justice Your Money can Buy 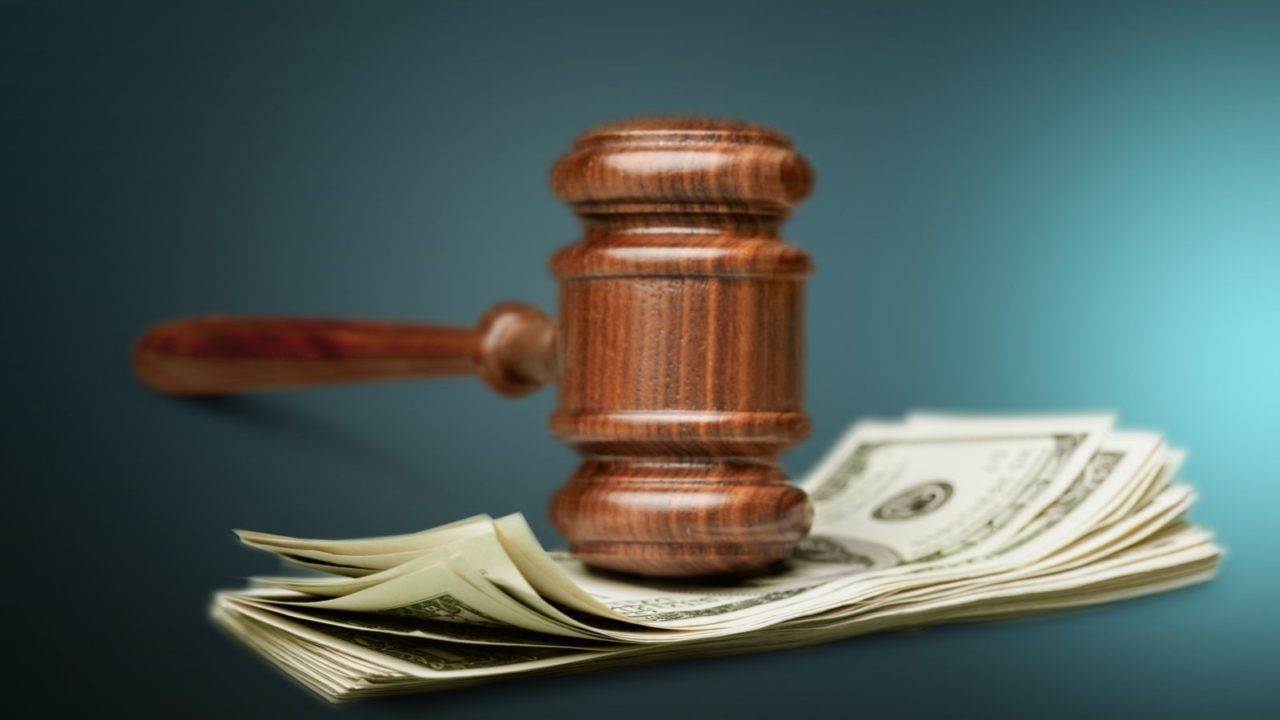 Texas teenager Ethan Couch was a ticking time bomb. Habitually over-indulged and under-supervised by his wealthy parents, 16-year-old Couch finally exploded in a drunk-driving incident that killed four innocent people and critically injured two others. This was a tragedy by any definition, but the greatest tragedy of all was the sentence handed down after Couch’s trial and subsequent conviction in juvenile court: rehab, plus probation.

On June 13, 2013, Couch and some friends stole beer from a local Wal-Mart, and Couch consumed so much of it that even three hours after the crash, he still had a blood alcohol content of 0.24.  If you’re keeping score, that is three times higher than the legal limit for operating a motor vehicle.  He was also high on Valium and recklessly operating a vehicle overloaded with seven passengers, including at least two in the open bed of his pickup truck, at a speed at least 30 MPH over the posted limit of 40 MPH.

Predictably, the worst happened.  The drunk, high, and distracted teenager ultimately careened into a group of people who had stopped to help a stranded motorist.  The motorist and three Good Samaritans were killed.  Two of Couch’s passengers were ejected and suffered critical injuries, including one who can no longer move or speak due to brain injuries and can only communicate by blinking.  Couch, of course, escaped relatively unharmed.

There is plenty of blame to go around for what happened on that night, but ultimately, Couch himself is responsible.  Only… he’s not responsible.  At least not according to Texas judge Jean Boyd, who sentenced Couch to the whopping sentence of… rehab and ten years of probation.   That’s right:  for choosing to steal beer, get drunk and then get behind the wheel, a decision which led to the deaths of four people, the repeat-offender perpetrator got off with a sentence of REHAB.  Judge Boyd said Ethan Couch had “…freedoms that no young man would be able to handle,”  so it was impossible to find him liable for his own actions.

During trial, a defense witness helped present a case for “affluenza,” a made-up disease that apparently results from having too much money and too few boundaries.  Undercover of this psycho-babble, Ethan Couch was no longer a perpetrator of a crime, he instead became a victim of a disease.  And the cure for the “disease” of affluenza is apparently rehab, not prison.   So to atone for wrecking the lives of more than a half-dozen people and their families, Ethan Couch will apparently spend some time in a pristine rehab center where he is able to ride horses and take swim classes, under conditions that state there’s no minimum amount of rehab Couch has to undergo before he’s released.  And oh yeah, the open-ended, resort-area rehab is being paid for largely at taxpayer expense.

So is this justice? Well, maybe that’s just how they roll in Texas:  probation for teenage drunk drivers who murder innocent people… only, that’s NOT how Texas does things.  At least not for the average criminal. The Huffington Post shows the prison sentences resulting from the drunk driving convictions of a number of Texas teenagers, including 16-year-old Jaime Arrellano (who, unlike Couch, was properly charged as an adult not a juvenile).  Arrellano “only” killed one person, a pregnant woman, yet received an appropriate sentence of twenty years in prison.  Twenty years for one 16-year-old for killing one person; zero years for another who killed FOUR and critically injured two.  Two very similar cases, two very different results.  Maybe if Arrellano would have been the scion of a wealthy family and not an illegal immigrant, he could have gotten away with rehab, too.

Running afoul of the law seems to be a bit of a tradition in the Couch family. Ethan himself had earlier alcohol-related citations, his father was charged with theft, evading arrest, and assault, and his mother was busted for reckless driving.  Interestingly, and perhaps not surprisingly, neither of the parents served any jail time either. It must be good to be rich. Or maybe they just had “affluenza” too. 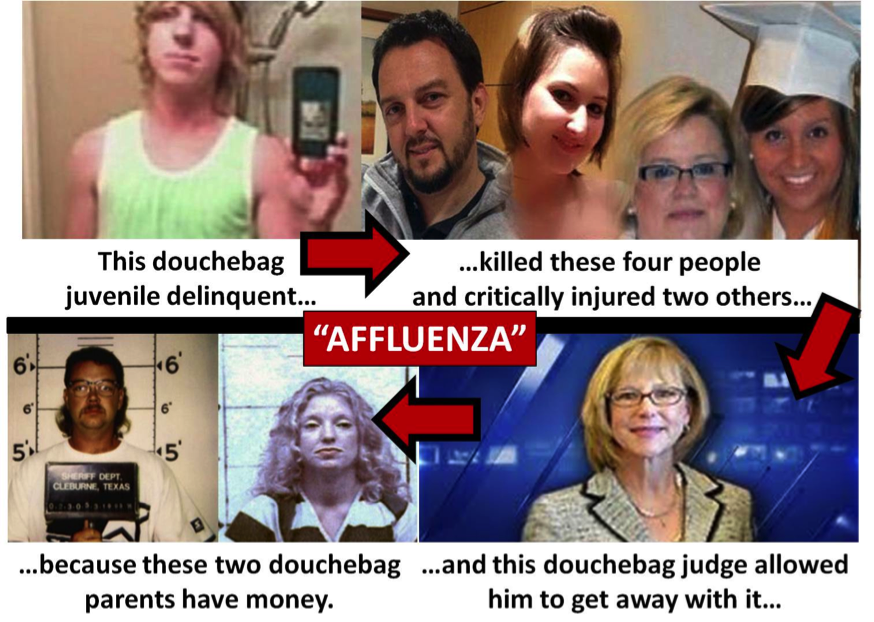 So, to sum up:  a repeat-offender douchebag juvenile delinquent killed four innocent people and critically injured two others, and some douchebag judge let him get away with it because the douchebag delinquent’s douchebag parents have money.  Awesome. The message is clear:  consequences are markedly less, or even non-existent, if you come from a wealthy family. Is this justice in today’s America?

One outlier case does not make a tread, so let’s look at another example. In 2009, Robert H. Richards was convicted of raping his three-year-old daughter by digitally penetrating her while he masturbated. Classy. He was later charged with abusing his infant son. So, to sum up:  Robert H. Richards IV was convicted of raping his toddler daughter and was subsequently investigated for sexually abusing his infant son. Pretty bad stuff, right? Probably calls for some heavy jail time?
(Continued On Next Page)