A Letter to the Special Immigrant Visa Recipients
by Kerry Patton

Long ago, I wrote several letters. Arguably, they were the most difficult letters I had to write. They were letters to my wife and children should I not come home.

I held onto the last letter and read it recently.

After reading it, I decided to write another—not to my wife or children but to my unofficially adopted family—a family of Afghans who recently came to the United States after years fighting to secure their Special Immigrant Visa (SIV).

This letter, unlike the ones previously written to my immediate family is not a death letter. This one is a rebirth letter—a letter written welcoming a new life.

For those who lack knowledge on the Afghan SIV program, the below is a snapshot:

“A special immigrant is a person who qualifies for lawful permanent residence under one of several programs.  Section 602(b) of the Afghan Allies Protection Act of 2009, as amended, is a special immigrant program which authorizes the issuance of Special Immigrant Visas (SIVs) to Afghan nationals who meet certain requirements and who were employed in Afghanistan:

by or on behalf of the U.S. government in Afghanistan, or

The SIV program requires applicants to have been employed for a minimum of two years, between October 7, 2001 and December 31, 2020. Applicants must also have experienced or be experiencing an ongoing serious threat as a consequence of their employment. For more information about the relevant U.S. laws, see References – U.S. Laws.”

As an American who worked with a select few recipients of the Special Immigrant Visa, I hope these words help those recipients as they transition to their new lives living in such a unique land very different than the one they recently left behind.

“I do not wish to start this letter with any generic empty words like ‘Welcome Home.’ I understand the United States, at this moment, does not necessarily feel like home. With time, I pray however that feeling changes and it truly does eventually feel like your new home.

I would rather start this letter with simple words few say today let alone genuinely mean. Those words are quite simple yet the meaning is momentous. 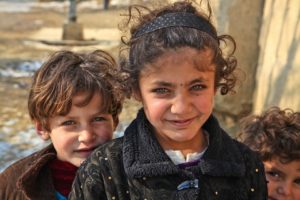 Those who are born here, those who come speaking the English language, those aware of our diverse culture, those with a strong system in place have no clue what you are about to undergo.

What you are doing today is tough, it will get much more difficult before it gets easier. It will be exhaustingly depressing at times. And, you may, at one point or another, feel defeated and lost.

I pray you understand those whom fought tirelessly to secure your legal means into the United States are by your side. And, we will remain by your side no matter how physically distant we may actually be.

However, you must also realize that today, we have our own families whom we must take care of. Many of us have transitioned from our time spent in war to true civilian lifestyles. And with that transition comes responsibility which we must ensure never tatters. But with all of this, we will always be just a phone call away and do everything in our waking power to assist you should assistance ever be sought.

And, it is a letter to show the children of these brave Afghan warriors so when they feel isolated in their own life transitions, they realize they have adopted aunts and uncles here in the United States whom shall continuously fight for their own well-being.