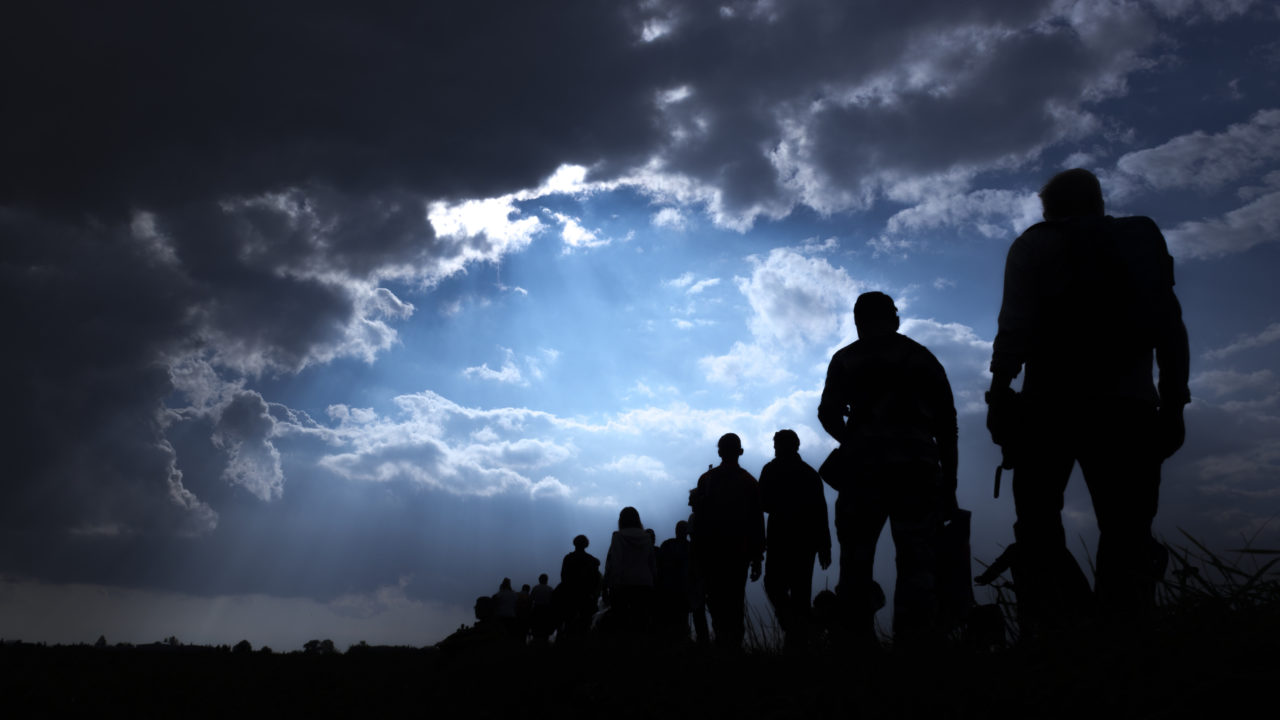 How many undocumented aliens are you willing to take into your home right now? How much of your paycheck are you willing to devote to their food, clothing, healthcare, education, or other needs? Those who want us to have a policy of amnesty, to let millions become citizens; they imagine the money for all this will come from somewhere but they never answer the question of where. They want us to examine and call into question our humanity if we do not blithely accept their reality of the situation.

The problem is simple mathematics. 11.7 million Estimated undocumented illegal aliens; men, women, and children. They need food, healthcare, education, a place to live and they want it all here. They come to America for a better life, for opportunity, for a future, and it sounds so wonderful until someone has to pay the bill. In Texas for the month of January 2013 there were over 3 Million Medicaid enrolled individuals. This is one border state. Of the 11.7 million undocumented illegal aliens, many are children who are in serious need. Lackland AFB in San Antonio is being used as a housing center and reports of major health concerns are leaking out of the government information cordon that can pose a major impact to the health of the children. That is the problem in a nutshell. When these kids were born, they lived in abject poverty in Guatemala, El Salvador, or wherever they came from, but once they come to America, they have to be housed and detained the American way, with sheets, blankets, and all the nice things that make for an American minimum standard of living. Heaven forbid if they have to put six children in a room meant for four. This is a foreign invasion using the laws we created for our citizens against us and everyone finds it acceptable?

There is this belief that we must help; that we must open our arms and allow all who want to come into the U.S. But, we have a situation where our resources are already straining as the economy falters and the financial reality in most middle class families is to cut back to the bare necessities. Grocery prices are going up; gas prices are going up, while the value of the dollar is going down. The economic pundits keep talking about a recovery of the recession but I have not seen it yet. I have seen layoffs, higher costs, and no prospect for it getting better and now the government, the President, wants to inject 11.7 million poor people into the situation. 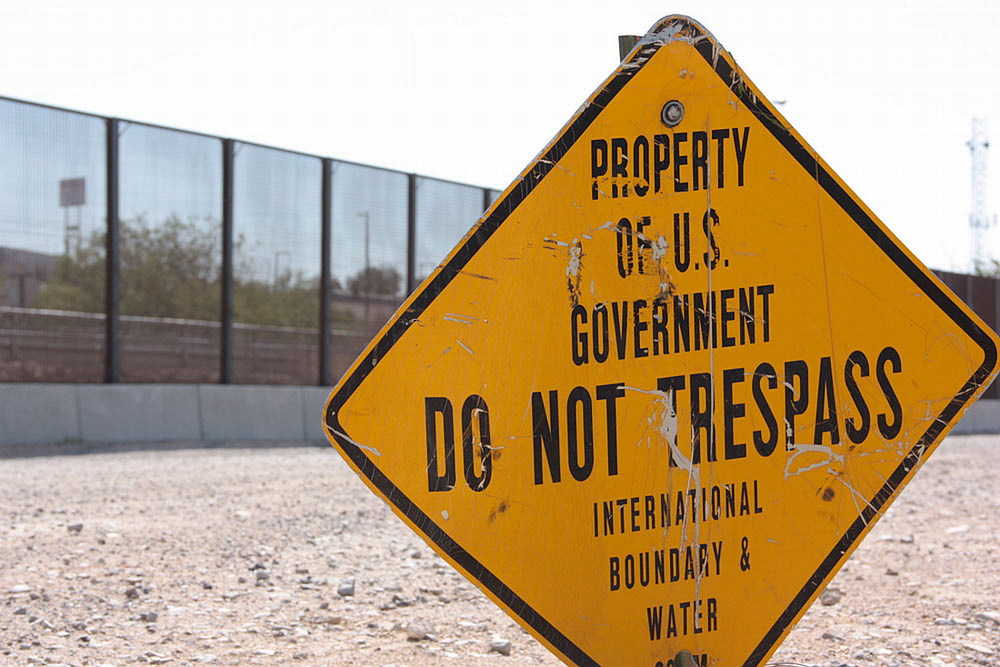 Medicare and Medicaid are paid out of tax dollars. So the money we are already contributing has to be spread further. If we legalize every one of those aliens, we just added 11.7 million criminals to the country. Wait, what? They are in this nation illegally, that makes them criminals. If we give them amnesty, then we have just added 11.7 million criminals to the population. Do we really want to add people whose first taste of civic pride and patriotism is criminal behavior? That sends a message. There are legal ways to enter this nation.

Their children have to go to school. The system is already straining to provide the children of illegal immigrants with educations that their parents don’t pay taxes on. Remember, your local school district gets money out of city taxes, property taxes, etc. which the illegal immigrants mostly don’t pay. They don’t have health insurance, they don’t have property insurance, and they don’t, in most cases, speak the language very well. They need meal vouchers, clothing, shelter, and language education because once they get here, they get the same standard of living as everyone else, and that is the American way. Free of charge of course.

There is a path to citizenship but they don’t want to follow that. Parents have been sending their children across the border in order for the U.S. Border Patrol to pick them up because they know that they will be housed, clothed, fed, and have access to healthcare. Parents who have an obligation to take care of their children are simply foisting them off on government resources because the kind hearted Americans will solve all their problems. Reporters that interviewed the parents tell a tale of fear and longing for their children, too bad they did not keep them with them and improve their nation enough that the children had a better life at home.

For the most part, these immigrants come from Central and South America. They don’t have the civic courage to fix the problems in their own home countries; they don’t want to stand up for themselves; they just want to run away to America where the government will take care of them free of charge. Central American governments are some of the most corrupt in the world and their citizens just leave instead of doing anything to fix it. Viva La Revolution? No, America is closer and we don’t have to do anything but show up.

What is the solution to the problem? One, we need to stop giving citizenship to the children of undocumented aliens just because a U.S. hospital is not allowed to refuse service. Stop providing an incentive for them to break the rules. I saw a poster on the issue, “Forget Marijuana, legalize my mom.” That poster made me angry. My response is to make the child illegal as well and remove the opportunity permanently for everyone else. If one parent is not a U.S. Citizen, the child is not a citizen.

Two, instead of housing and sheltering every illegal that we catch, take them to a border crossing the same day and send them right back over. Photograph, finger print, DNA sample, and off you go back to Mexico, do not stop, do not get a free meal, do not get checked out by a doctor. There were civil rights groups outraged that the children of illegal’s did not have basic necessities, who did they blame? The parents? No, they blamed the government agencies that were holding the children for the fact that mothers did not have diapers or formula or those children did not have a change of clothes. And because they are children, they strike a chord in all of us; we have an inborn reaction to protect children. I have it too, but I am looking out for mine first.

Where does it end? For me it ends at my front door. I have children to take care of, feed, educate, provide health insurance for, they are mine and the government is not helping me. I make too much money for assistance but I cannot afford all the things I want because the cost is so high and yet these illegal’s are getting it all for free. Free for them, it is costing me more as my taxes go up, and the value of my dollar goes down.

The choice becomes very simple. If you believe that we should allow immigrants to be given an amnesty, go to your local immigrant detention center and take some home, sign up at your county courthouse to adopt an immigrant family and all the bills are yours. Put your conscience where your wallet is. CNN and other left media outlets talk about money as if it grows on trees and is magically there for every need. No, it has to come from somewhere and that somewhere is my pocket and yours. So if you want to help, do the rest of us a favor, go direct and cut out the middleman, open up your bank account and spend until your conscience is clean. I am not pulling the food out of my children’s mouth to put into another child. Not when they have parents who have deliberately instigated this situation because they don’t want to fix the problems in their own countries, they want to come here and have the government fix it for them.