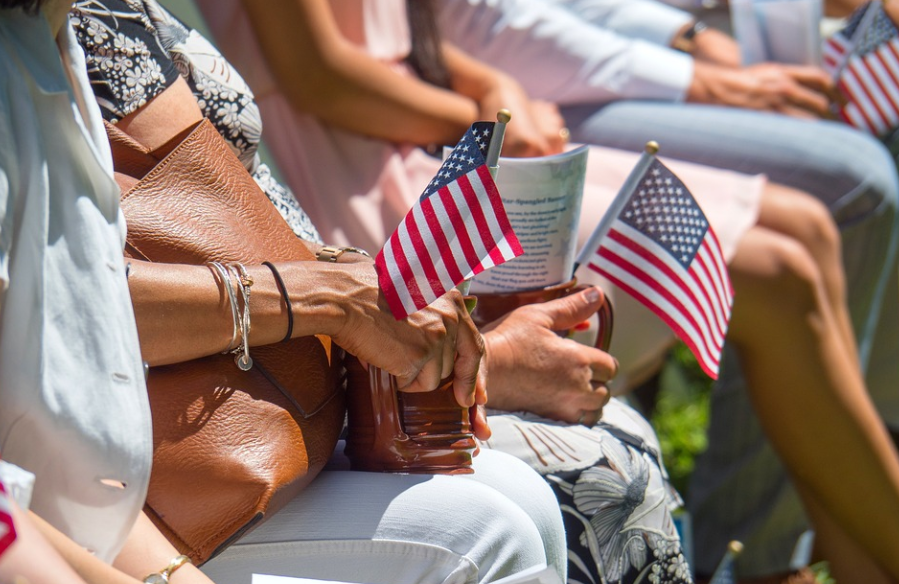 This first appeared in Frank’s blog on November 2, 2022. It is republished here with the author’s permission.

from “Games Without Frontiers” by Peter Gabriel

Karin and I took our toddler grandson, Asher, to Kayla’s Playground, a children’s recreation site in Franklin. The park is dedicated to a little girl, Kayla Runte, who had cerebral palsy. On the play area’s website, it states that it is an “all-accessible, all-inclusive playground in Franklin to be inspiring and truly all-accessible for all children and families of any age and ability,” and it is. It really is.

When we take Asher there, he is in his natural habitat. There are usually numerous preschool children running about the playground, always under the watchful eyes of some adult. The population that uses the area is diverse. I am impressed by how many different kinds of people come to the park. Asher mingles with a variety of kids. Some look like him, and many do not.

As Asher played on one of the slides, I looked around. Nearby was a picnic table with two Muslim women wearing hijabs and chatting while they tried to keep track of their little ones. A family that looked like they were from somewhere in East Asia watched their little girl fly past them, her straight black hair bouncing as she ran. I had noticed earlier that the family had a picture of the Buddha hanging from the rearview mirror in their van. A Latino father was helping his daughter navigate the horizontal ladder. He held her up while she swung from rung to rung, saying, “Mano sobre mano, mano sobre mano” (“Hand over hand, hand over hand”). The parents of a boy with thick dark hair and matching eyes chattered to him in an Indian language I could not understand. However, the boy understood, and that was all that mattered. A boy and his sister played on the swings. They had hair even blonder than Asher’s, almost white in color. A Black girl talked to Asher and complimented him on his dinosaur sweatshirt.

The parents, without fail, made sure that their youngsters took turns on the equipment with the other kids. If there was only one plaything available, they made sure that the kids shared. The adults did not interact much with each other. They were all too busy following their children in the swirling crowd. However, the kids played together, and they generally played nice.

As I observed the activity around me, it occurred to me that this was a glimpse of the future. This scene is Asher’s future. He will be surrounded in his life by people from various races, religions, and cultures. He will grow up in an America more diverse than it has ever been. His life will be richer and more interesting than mine has ever been.

If they all can play nice together.