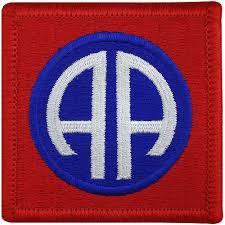 Here are some examples of what I observed at Ft Bragg that typified adherence to warrior culture:

I was the medical platoon leader for my battalion. As a non-infantry officer, I didn’t initially have full “citizenship” in Sparta, but I proved my worth as a “support guy” over about a two year period received the next closest thing to it, an honorary citizenship of sorts.  That being said I was an average soldier when in the company of these men who were all above average when compared to the rest of the non-Spartan military.

One night, during a night parachute assault, I was told by one of my line medics that one of the infantry platoon sergeants had gotten hurt. I hustled over to where the Staff Sergeant was. I asked him how he was doing. He said, “I’m feelin’ good sir, Doc gave me some morphine and I’m feelin’ no pain!” Unbeknownst to him, the medic had given him a shot of sterile water as a placebo (medics don’t carry morphine during peacetime). The Staff Sergeant had a broken hip. After extensive surgery and treatment he was given a “no jump profile” meaning he could no longer jump out of planes. He requested a transfer to the 101st (you can’t be in the 82nd if you can’t jump). While en route to Ft Campbell the medical profile “fell” out of his medical records.  Once he became a Screaming Eagle he requested assignment to a Long Range Surveillance unit and began jumping out of planes again… I knew multiple soldiers who were medically disqualified from jumping due to injury but kept jumping anyway.

On one occasion I broke my hand playing football and was put into a cast. I had to go see my Battalion Commander and explain to him what happened. He reminded me that we had a major airborne operation coming up the next day. I went home that evening and cut the cast off with a steak knife. I jumped the next day. This didn’t make me unique or special, especially compared to those who jumped with more much severe injuries, but it showed that I understood that I was part of the phalanx too. Playing hurt is an accepted norm, you are expected to do your part.

For the weak ones who didn’t take responsibility for themselves, there were other Spartans there to deal with it. There was a soldier who was overweight and on profile for a knee injury. His First Sergeant was a man who had spent most of his career in Ranger Battalion and the 82nd. There was an unconfirmed rumor that he had been briefly assigned to the Brit’s 2 Para on an exchange program (British Spartans) but had been sent home early for getting drunk and yelling, “Fuck the Queen” to every Brit he came in contact with.

At chow time the First Sergeant would closely monitor what the overweight solder would eat, taking responsibility for the young man’s diet since he apparently couldn’t do it himself. He would then make the soldier stand at parade rest while he finished his meal. In between mouthfuls, the First Sergeant would say things like, “You are a fat fucking piece of shit!” and “I can actually smell you getting fatter” along with generous amounts of “You are fucking worthless!” and “You disgust me!”

At the time it all seemed perfectly normal to me. The obese soldier was failing to fulfill his obligation and a Spartan elder was trying to motivate him. The soldier’s absence from his squad meant one less rifleman, more weight than the rest of his squad members had to carry in the field, less sleep for his squad members since they would have to pull his guard shifts in the field. In essence, his squad was tasked with carrying his shield since he wasn’t there to carry it.

On another occasion, four NCOs beat the shit out of a private in broad daylight in Washington DC for being 15 minutes late. We had been rewarded a trip to DC after a good showing during a parachute assault into Ft Pickett, Virginia. When the private almost missed the bus he paid by getting his ass kicked, right in front of the Washington Monument! To the unanointed, it probably doesn’t sound like a big deal to be late for a trip home but the military depends on down to the second precision to be successful. If a bunch of paratroopers are to land on an objective at 0300 hours that is proceeded by a friendly artillery barrage at 0250 hours a 15-minute mistake is a big deal and people die.

Officers weren’t exempt either. During Command and Staff meetings the weak were picked on relentlessly. If a briefer came unprepared he was attacked by the Battalion Commander, Executive Officer, and others. This took place in front of the rest of the Battalion Staff, Company Commanders, and Specialty Platoon Leaders. Unprepared officers were publicly embarrassed with little or no remorse.  It was horrifying to watch but, like a car crash occurring in front of you, you couldn’t tear your eyes away.

I’d watch with fascination and relief that it wasn’t me getting tarred and feathered. There was probably a little guilt too considering that it was usually a junior officer like me on the receiving end of the lambasting. But, then again, he was weak and by being weak he hurt the unit. He couldn’t hold up his shield like the rest of us.

For those who never spent time in Sparta much of this probably seems severe but it’s important to remember that these warriors are often the only thing standing between regular everyday Greeks and the wolves scratching at the door. As the author George Orwell once stated, “People sleep peaceably in their beds at night only because rough men stand ready to do violence on their behalf”.  So doesn’t it stand to reason that only the best be there to keep us safe? In the kinder, gentler society we live in today where no child is left behind and losers are rewarded for participation and effort it’s necessary that our defenders be even more ruthless and cold-blooded. Americans are softer now than they’ve ever been, less capable of protecting themselves, and more susceptible than ever.

…except for the New Spartans.\

This first appeared in The Havok Journal on January 6, 2015.

Nick Perna is a Police Officer with the Redwood City Police Department in Northern California. He has spent much of his career as a gang and narcotics investigator. He is a member of a Multi-Jurisdictional SWAT Team since 2001 and is currently a Team Leader. He previously served as a paratrooper in the US Army and is a veteran of Operation Iraqi Freedom. He has a Master’s Degree from the University Of San Francisco.