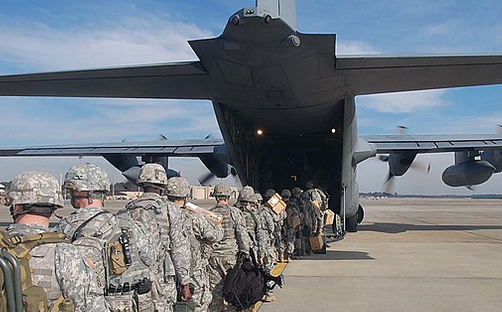 I recently read an interesting article that posed an interesting question: Does the Army need airborne? The short answer is no. The long answer is we need the capability, there are a small fraction of operations where an airborne assault might be the only way to go, but we don’t need as much “airborne” as we currently have.

Bear with me. I know there are some serious butthurt people right now. The tactic has value, limited, but still some. The unit as an organized structure that practices the airborne tactic has no value, zero, nada, and zilch. The reason is simply the risk. The risk to a new person jumping one time is almost the same as the risk to a veteran jumpmaster on his 1000th jump.

The singular benefit of airborne operations is to get troops on the battlefield when there are no other means available and where those same troops might secure the means themselves. WWII was a case in point. Airborne operations began the night of 5 June 1944 were to place large numbers of troops behind German lines to tie up reinforcements trying to reach the Atlantic Wall fortifications and prevent the landings.

It was known and accepted that those airborne troops were effectively lost and might never be recovered as a unit. We routinely accept injury in airborne operations that would be unacceptable in other training, all for a tactic that has limited utility.

Had the beach landings failed, they were cut off and without support. At best they could have surrendered, at worst, they would be dead. This was not an assumption. This was a specific and recognized outcome of the invasion.

For all the vaunted legend of the 82nd Airborne and the 101st Airborne, the fact is that the units had little cohesion and fought mostly in small unit actions during the day and took several days to reform into fighting units. Unity of command was not lost, it was impossible to obtain from the beginning.

I am not denigrating the men of the 82nd and the 101st. I am saying any unit could have accomplished the same tasks without any special training involving parachute operations. The difficulties would have been the same regardless.

Soldiers were intermingled between companies, battalions, brigades, and divisions as the confusion of the battlefield worked its magic. Fortunately, Americans like confusion, and we managed to win the day. In that one demonstration on the field of battle, they proved that Airborne was not all the way and that the technique of vertical envelopment of the battlefield has a limited utility best used sparingly and only if you are ready to lose those involved.

This is why for the next sixty years the activities in wartime were expressly limited. In part, we had other means, in truth; this is a tactic that only serves its use in specific operations or as an act of desperation.

The operational characteristics, fully published in FM3-99 Airborne and Air Assault Operations, show the limitations clearly. The threat to personnel from the jump alone has the exact same dangers whether performed during peace or war. In fact, regardless of the number of jumps a person has, the risk to life and limb is the same each time they jump. The experience they receive does not affect the process once they exit the aircraft. The senior commanders are just as exposed to risk as the privates.

They are at the mercy of the weather. And that alone can render an entire operation a failure.

With the risk being the same for a jumpmaster with 1000 jumps and the cherry on his first jump, we can say, from a risk management standpoint, we don’t need Army Airborne.

We can still, when the need arises, utilize airborne operations. All risk being equal, there is no difference to the mission to drop an entire unit using a small cadre of experienced personnel and the rest of the personnel can just strap on the parachute and fall.

I know it works. This was also proven in WWII by the same units. Many of those men had no training in parachute operations. They were taught to put it on and they got in the plane and jumped into combat.

We don’t need units like the 82nd or battalions like the 1/501st. We need each unit to have a small cadre of jump masters and if the military decides to utilize personnel on an airborne operation, the cadre will ensure everyone is suited up, rigged, and then push them out the door.

The risks are exactly the same and if they are, then there is no reason to have a specialized unit with nifty hats just to practice a tactic that is not really necessary to practice. All they do is fall. They don’t have to open the parachute because the static line does that. While the appropriate parachute landing fall might be worthwhile to prevent injury, it is not really worth the effort of a 3-week school just to teach that.

Airborne school teaches the PLF and weeds out those too scared to jump. Other than that, it does not teach you anything particular. Putting on the parachute does not require training beforehand, the jumpmaster is responsible for making sure you put in on right anyway. Rigging your equipment is not an experience-based skill. Just wrap it up using a pictogram and you are done.

We don’t need specialized airborne units. Airborne, as practiced by the 82nd AA, was obsolete at the end of WWII. The Army just doesn’t want to admit that because it looks good. But none of them want to admit that the casualties, from the jump and from war, would make any airborne operation a risky adventure. They know it; they just don’t want to talk about it.

In combat, a unit that sustains 15% casualties is still combat-capable but only marginally. What gain do we have from a military unit that could receive those losses from entering combat before they face the enemy? The jump alone could cause that and this does not include the fact that it could be the senior command leadership, key weapons vital to the mission, or any number of critical items, lost on the drop.

Those are the risks not once, but every time. It is not cost-effective to maintain a unit that faces those risks every time just for practice. It would be better to only pull out this operation when necessary. If we are going to accept the potential risk, it is not any more dangerous to accept a leg unit that did an airborne operation as a one-time act of desperation.

Airborne pride is an expensive attitude for a military tactic of desperation. It is time to close the books on that chapter. We can still use the tactic. But we don’t need to enshrine the idea behind it. 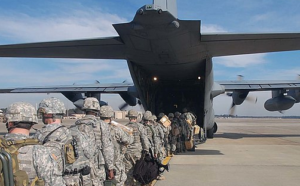