HomeWorldMiddle EastImporting the Muslim Brotherhood: Creation of the “Sahwa” in Saudi Arabia 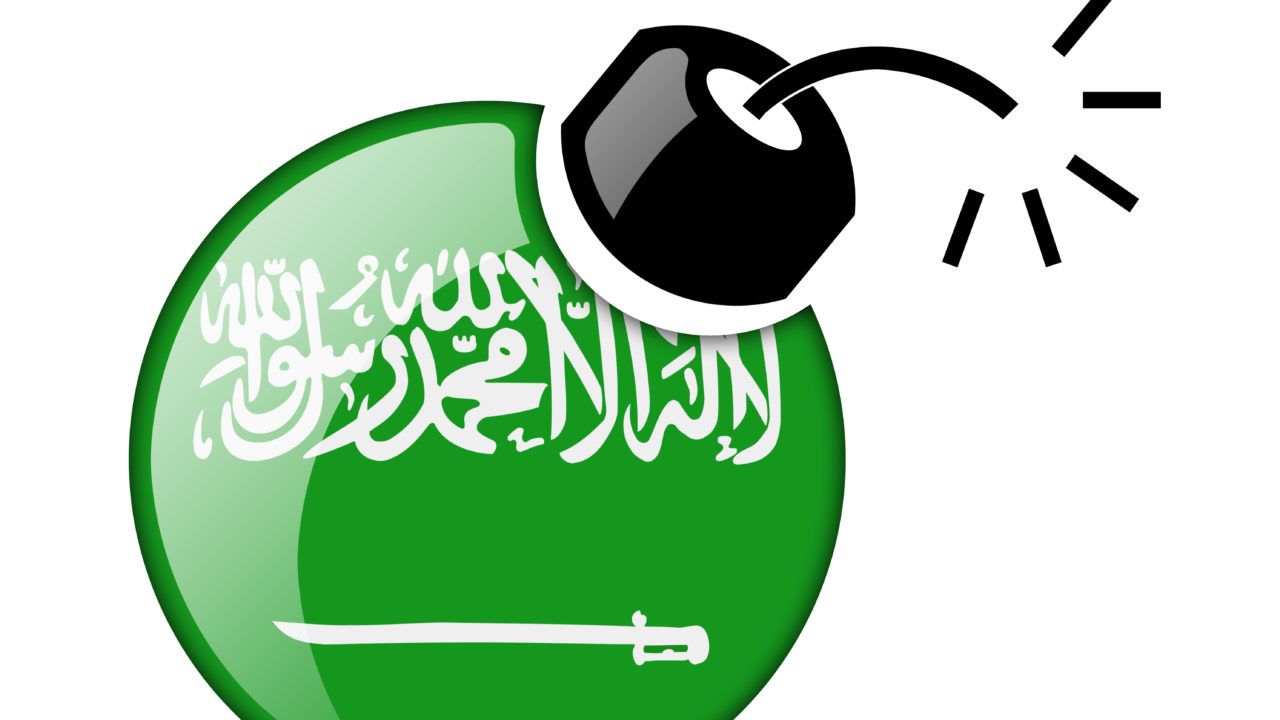 A movement known as the Islamic Awakening (al-Sahwa al-Islamiyya) or Sahwa quickly established itself as a counter-culture to the religious establishment in Saudi Arabia over the course of only a few decades, starting in the mid-1950s.[1]  During this time, the Muslim Brotherhood rose as an influential Islamist movement in many countries in the Middle East, predominantly in Egypt, but also in Syria, Iraq, and the Gulf States.  However, in contrast to the Islamist movement, Arab nationalism and Pan-Arabism were also on the rise, and many leaders within these countries sought to marginalize the Muslim Brotherhood for their extreme ideology and, at times, even oppressed, imprisoned, and exiled their ranks.

From the beginning, the Muslim Brotherhood, founded by Hassan al-Banna in Egypt in 1928, served “a dual purpose: to fight against foreign occupation and to work for the establishment of an Islamic state that would apply shari’a.”[2]  While the movement gained significant steam, they became harshly opposed by many governments, specifically, Egypt after some of their members allegedly attempted to assassinate Gamal Abdel Nasser in December 1954.  Many in the Brotherhood, including Sayyid Qutb, were imprisoned, while others fled the country.  It was during this imprisonment that Qutb would author his famous book, Milestones.[3]

Hassan al-Banna approached King Abd al-Aziz in 1946, seeking permission to establish a branch of the Brotherhood in the Kingdom.  The King rejected Banna’s request, likely viewing it, as the religious ulema did, viewing the establishment of such organizations as a catalyst for fitna (chaos or division).  However, after nationalist regimes sought to crack down on Muslim Brotherhood activity in their countries, members fled these countries and emigrated to Saudi Arabia.[4]

While disorganized at first, the exiled and fleeing members of the Brotherhood found a new purpose through an odd partnership with the Saudi government under the leadership of Prince Faysal. In the late 1950s and early 1960s, because of the “Arab cold war,” Faysal recruited some of these Islamist activists to combat Nasser by wielding their previous experience in spreading anti-Nasser propaganda.  At the time, despite the previous King’s reservations about allowing the Brotherhood to organize within the Kingdom, Faysal saw communism and the “progressive” influence of the Soviet Union as a greater threat than Islamists and brought them into positions of great influence.[5]

By 1962, the Brotherhood was the proponent for Faysal’s propaganda machine, which he empowered and mobilized through newspapers, magazines, and radio to “denounce the ‘ungodliness’ of [Nasser’s] secular government and to use Islam as a weapon against it,” under the guise of “Islamic solidarity.”[6]  In addition to external threats to Saudi Arabia, Faysal also directed the Brotherhood to conduct counter-messaging within the Kingdom, to combat radicals within their borders who adhered to Arab nationalism, communism, and other leftist ideologies, specifically in the urban population centers through broadcasts, publications, and public talks.[7]

During this same period, Saudi petrodollars were pouring into the government’s coffers.  Faysal realized the need to establish more deliberate infrastructure to combat counter-culture ideologies and radical groups.  Significant investments went into the Saudi education system, Islamic organizations including the Muslim World League, and dawa (Islamic propagation) infrastructure such as charities, camps, and social networks known as jama’at.  The focus of these groups was on Saudi youth.  Ironically, the same resistance to the establishment of organizations that King Abd al-Aziz and the Wahhabi ulema saw as a threat to the overall community in the 1940s when Banna first approached the Kingdom to establish a Brotherhood office would later seed the divisiveness and revolt of the Sahwa, led by the same Brothers and ideology of Banna and Qutb.[8]

Faysal tapped the Islamist activists from the Muslim Brotherhood who came to Saudi Arabia to fill out the expanding ranks of the faculty of universities, summer camps, extracurricular organizations, and the jama’at, including Muhammad Qutb, the younger brother of Sayyid Qutb.  From 1957, when Riyadh University began, the Brotherhood utilized the faculty on campuses to establish a “stronghold” in the Kingdom and strategically placed themselves, outside the formal religious establishment of Saudi Arabia, in the most directly influential positions to conduct “Islamic modernization” with the next generation of Saudis.[9]  Understanding how controlling the ulema were of their creed and tradition, it is astounding to read about how much control they relinquished over education.  They essentially endowed the responsibility of raising and indoctrinating the new generation with an “Islamic culture” largely defined by the ideology of the Muslim Brotherhood, under the guise of the Sahwa.

Some of the members of this generation would later become some of the staunchest opponents to the religious establishment in the Kingdom.  For example, a member of the King Abd al-Aziz University in 1981 included a member of the Muslim Brotherhood from Palestine, Abdullah Azzam.[10]  This faculty member would later go on to lead the Services Bureau in the fight against the Soviets in Afghanistan and lay the groundwork for the idea that would later become the terrorist organization, Al-Qaeda.  It was during his time as a professor that he would first cross paths with a student named Osama bin Laden, who was largely influenced by Abdullah Azzam and Muhammad Qutb’s teachings during their required Islamic culture course while working on an economics degree.

The entrenchment of Muslim Brotherhood ideologues such as Muhammad Qutb and Abdullah Azzam touches on the extreme nature of the education system in Saudi Arabia, especially after Faysal became king in 1964 and the 1969 death of Mufti Muhammad ibn Ibrahim, the leading member of the ulema attempting to restrict much of the more radical activities beginning to creep into Saudi campuses and society.[11]  In 1970, led by the Egyptian Brother Manna’ al-Qattan, the Saudi government adopted an education publication, which in large part was still in circulation well into the 21st century, known as Educational Policy in the Kingdom of Saudi Arabia.[12]  This guide formalized much of the work the Islamists already established on campuses and in classrooms, making the purpose of education as a “totalizing conception of Islam,” to understand it as “a just and comprehensive manner . . . [as] creed, religious practice, conduct, shari’a, government, and system.”[13]

This purpose became ingrained in an entire generation of Saudi youth which would later cause large revolts in the Kingdom and fill out the foreign fighter ranks as mujahedeen in the Soviet-Afghan War.  Some would also go on to establish jihadi terror organizations which continue to plague the Saudi government, challenge the Wahhabi religious establishment, and frustrate United States national security efforts and foreign policy in the Middle East to this day.  Many blame the religious establishment in Saudi Arabia for the current issues, in large part, the “consciously totalizing conception of Islam owes more to the thinking of the Muslim Brotherhood than to traditional Wahhabism.”[14]  However, in the early 1960s, Prince Faysal was the one who saw the Islamists as an ally against communist and Arab nationalism, and perhaps as the lesser of two evils.

It would be hypocritical to blame the Saudi government after examining this through a historical context without doing the same when examining the rise of Al-Qaeda after U.S., Saudi, and Pakistani support of the mujahedeen in Afghanistan.  While this is likely one of the more severe examples, the Middle East region is rife with untended consequences and second and third-order effects of both domestic and international policy decisions.  The Muslim Brotherhood’s infiltration and usurping of the Islamic Awakening in Saudi Arabia and its subsequent proliferation has yet to be completely halted, nor is it within the reach of the Saudi government and religious establishment to do so with absolute certainty.  Outside of their borders, they lost that capability and control with ideologies associated with their Hanbali-Wahhabist tradition a long time ago.[15]