HomeReligionWhy Prayer is a Two-Way Street 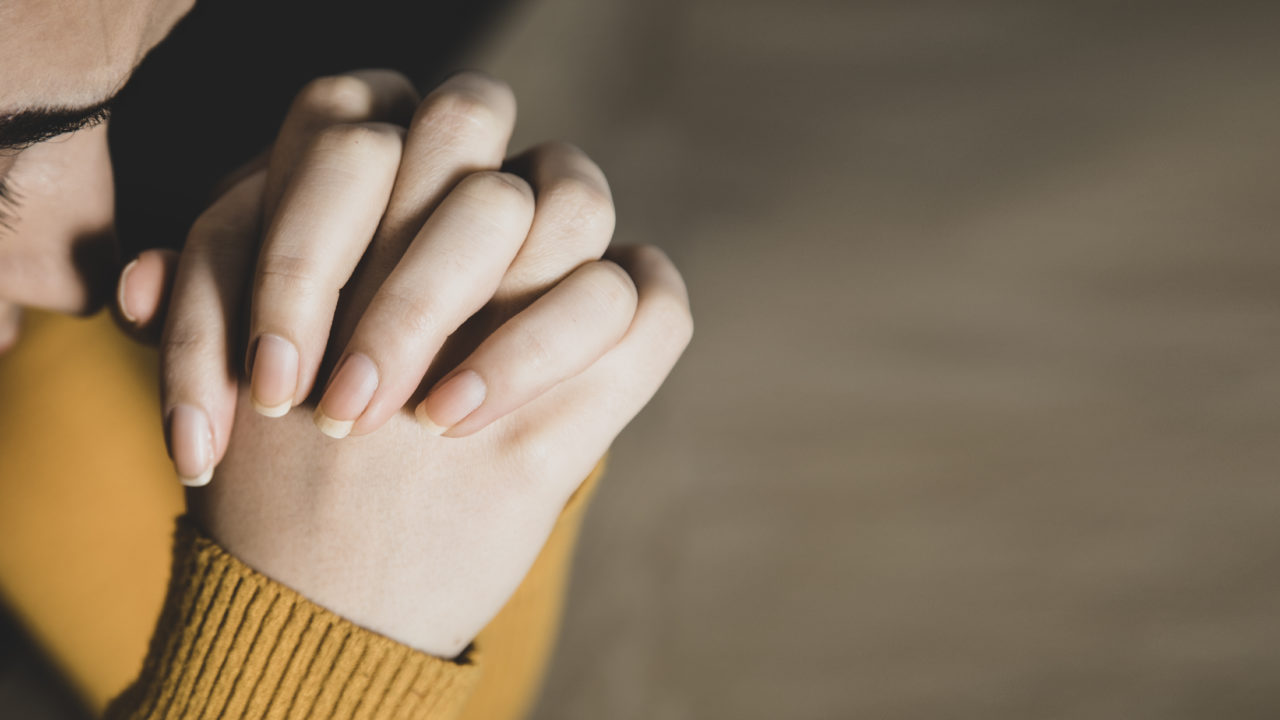 This first appeared in Frank’s blog on July 31, 2020, as “Body of Christ.” It is republished here with the author’s permission

Barb was waiting for me. She was standing with her walker just outside the front door of her apartment complex. Barb is in assisted living. The woman is in her 90s and she is remarkably spry and alert. Up until a couple of years ago, she could drive herself to Mass, but those days are done. Now Barb depends on Karin and me to take her to church twice a week.

I parked in front of the entrance and got out of the car to help her. Immediately, Barb told me in her thick German accent, “I can do it myself! Please. Don’t bother.”

Barb is very independent about things. Karin and I only help her when she asks for it. Just doing little things on her own maintains Barb’s dignity. At her age, that is just about all she has left.

Barb got folded her walker and put it into the back seat of the Corolla. Then she slid into the car. She fumbled with the buckle for a few moments. I heard it click, and then Barb said cheerily,

“Ja, now I am ready.” She chuckled softly.

Then she asked me, “Und vere is de Karin? Vere is your vife today? Is she not vell?”

I replied, “Karin isn’t feeling well this morning. She has an earache and a sore throat.”

I imagined Barb nodding as she said, “Na ja, we all get sick sometimes.”

Yeah, we do. It’s just that nowadays any cold or flu makes us worry. Always in the back of our minds is the thought, “What if it’s…”

It’s only a couple block drive to St.Rita from the assisted living apartments. I stopped the car in front of the church entrance. Barb called to me from the back seat of the car,

I stayed in my seat.

She got herself and her walker out of the car, and laughed, “Ja, I can do it. It just takes me some time. I’m old, you know.”

I thought about how I would be functioning at her age. I concluded that I would be very dead at that point.

I parked the Toyota and went into the church. I had my mask on and I sprayed some sanitizer on my hands before I entered the sanctuary. I walked up to ambo to check out the readings for the Mass. I hadn’t had a chance to look at them yet, and I was scheduled to serve as a lector. I like to get familiar with the text before I proclaim it to the congregation from the lectern.

The first reading was Jeremiah 23:1-9. Most of the readings from Jeremiah are rants. The texts are emotionally intense. I scanned the narrative and stopped where it said, “It may be they will listen, and every one turn from his evil way, that I may repent of the evil which I intend to do to them because of their evil doings.” The word “turn” made me pause. I thought about the Hebrew word “teshuvah” (תשובה), which means to “turn back” or to “repent”.

After hanging around Lake Park Synagogue for eleven years, I have acquired a feel for the Hebrew scriptures. I still don’t understand very much Hebrew, even after all this time, but I have a simpatico relationship with the stories. Somehow, after just being with the people from the shul, some things have seeped into my soul. I don’t necessarily have a better intellectual understanding of the scripture. It’s more of a heart thing than a head thing. When I read from Jeremiah, I can sometimes hear his voice, and maybe I can even be his voice. I am occasionally a channel for God’s word. That can be scary. It’s almost like being possessed.

I found a pew and looked around. It was a thin crowd. That is always the case at a weekday Mass. The demographic for weekday Mass-goers tends to be old. With the pandemic, that means that not many people show up. Those who do come are wary of everyone else. We are celebrating the liturgy together, but apart. The masks and the social distancing make everything seem a bit clumsy. However, it’s better than watching the Mass online. At least we get to see each other in 3D.

The Sign of Peace was particularly awkward. In the past, people would shake hands or even embrace. No more. We waved at each other from a safe distance, or we flashed our neighbor a peace sign. With the masks, we couldn’t even smile at one another. There was an odd tension between fear and love.

Father Michael wore his mask as he said the Eucharistic Prayer at the altar. His voice was muffled, but still understandable. My mind often wanders during that prayer. Maybe it’s because I have heard so many times over so many years. I usually perk up when the priest says,

“Remember also our brothers and sisters who have fallen asleep in the hope of the resurrection,
and all who have died in your mercy: welcome them into the light of your face.”

It is at that point that I remember to pray for Dennis.

I worked with Dennis at the trucking company years ago. He was a forklift driver. He looked a bit like Woody Allen, and he was very easygoing. Dennis was one of the gentlest people I ever met. He was also a stoner.

Dennis got fired for failing a drug test maybe twenty or twenty-five years ago. His wife had mental health issues. They grew weed at home, and the marijuana helped her to cope. They got busted, big time. This was back when people actually believed that the War on Drugs was a good idea. Dennis and his wife were looking at serious prison time. They were going to lose everything. They were going to lose each other.

They went to a motel and hanged themselves.

I have prayed for them at almost every Mass since they died.

Does it help? Does it matter? I don’t know. Maybe my prayers don’t do anything for them.

It still needs to be done.

I went up for communion. Father Michael held out the host to me in his gloved hand and said,

“The Body of Christ.”

That wafer was Christ. Father Michael is Christ too. So are Barb and Karin and Dennis. So are Hans and Hannah and Stefan. So are all the living and the dead and those to come yet into this world. We are all Christ. Everything is Christ.

We got her building and she reminded me,

She got out. I heard the car door slam.

I will see her on Wednesday.