HomeReligionAt the Intersection of Christian and Muslim 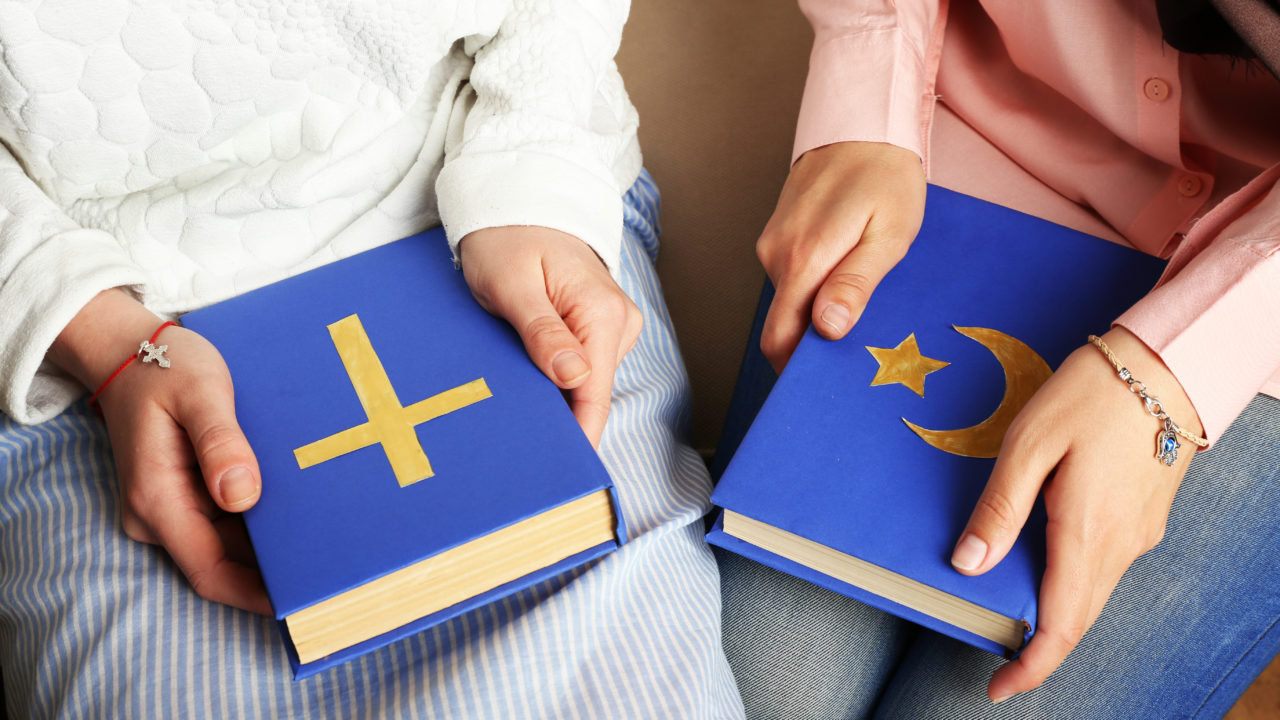 This first appeared in Frank’s blog on July 11, 2019, as “Infidel.” It is republished here with the author’s permission.

The Islamic Resource Center (IRC) in Greenfield, Wisconsin, is an unassuming sort of place. It shares a building with a medical office. The IRC has a couple of conference rooms, a library, and a large meeting area. The facility has beautiful artwork, and it also has the largest collection of Islamic literature in the state. During the day the place is often empty, or nearly so. Perhaps the IRC has more traffic in the evening. I don’t know.

I have been to the IRC several times over the years. Sometimes, I have gone there for an Arabic class. Once, I was there to talk about a book that I wrote. I know the place well. I am comfortable there.

I went there yesterday to read stories to small children. The IRC offers a story hour for them. I volunteered to read to the little kids. At first, I thought that no one would show up. The session was supposed to start at 1:00, but nobody had arrived by 1:15.

There was a knock on the back door. Two young girls and their mother stood there, waiting for somebody to open it. That I did. The mother was dressed in black. She had on a long, flowing robe with a hijab. Her daughters were dressed in pink. One of the girls was in third grade. I don’t know the age of the other one.

They had often come to the IRC to read books. The mom told me that she was going to wait in the minivan in the parking lot while I read with the girls. The mother had a two-year-old son in the car, and he was taking a much-needed nap. The mother put her two daughters into my care, and then she went back to her son in her van.

I had picked out three books to read with the kids. One was “Ruler of the Courtyard.” It was about a little girl and her chickens. Another was “The Butter Man,” a story about Berbers in Morocco. The third book was called “A Single Pebble,” and it was a story about the Silk Road and 9th Century China.

The story of “A Single Pebble” traces the path of a small, smooth piece of jade from China to medieval Italy. The pebble trades hands repeatedly while on the Silk Road. It is exchanged at Kashgar, Samarkand, Baghdad, and Antioch. Every person who carries the stone knows that is going to a child in the West from a girl who lives where the sun rises.

I tried to explain some things as we read the story. At one point early in the book, the father of the Chinese girl gives the jade stone to a Buddhist monk. I asked the two girls, “Do you know what a ‘monk’ is?”

They shook their heads.

I told them, “A monk is a person whose job is to pray.” That confused them.

I answered, “They pray to God.”

Aja then abruptly asked me, “Are they believers or non-believers?”

I had to think for a minute. It was a loaded question.

I said, “Some monks are believers, but some are not. When I travel with my wife, we usually stay overnight with the monks, and we pray with them.”

Aja looked at me intently, and then she asked anxiously, “What do they say when they find out that you are Muslim?”

We were both silent for a little while.

Her eyes got wide for a moment. Then she said, “Sure, that’s okay.”
We read some more.

In another chapter, people were described as “pilgrims”. I asked the girls if they knew what pilgrims were. They didn’t know.

I told them, “A pilgrim is a person who travels far to visit a holy place.”
They didn’t quite get it.

“Okay, Muslims go to Mecca. That is a holy place for them. The Muslims who go to Mecca are pilgrims.”

Aja nodded. Then she asked me, “What is your holy place?”

That was a deep and penetrating question. I had to think hard about that. Finally, I said, “I went to Jerusalem once.”

I told her, “Jerusalem is holy to Christians because of Jesus. The Church of the Holy Sepulcher is the place where we think Jesus was buried. The city is also holy to Muslims. I was at the Dome of the Rock.”

Aja nodded and said, “and the Masjid Al Aqsa is there too.”

Then I told her and her sister, “Jerusalem is holy to Christians, Jews, and Muslims.”

I replied, “It is nice… unless we all fight.”

Aja asked me, “Are you from فلسطين (Palestine)?”

She said to me, “I was born here too, but my parents are from other places.”

Everybody’s parents are from another place. That is universal.

It all came full circle.