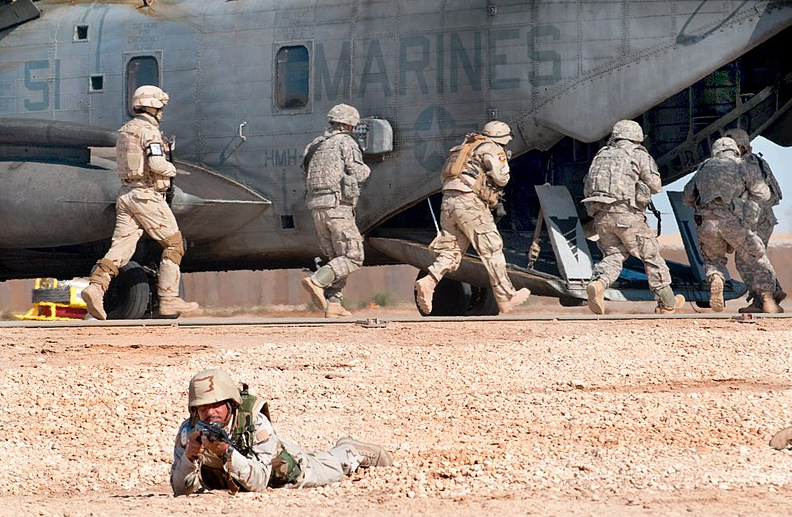 “Do not correct a fool, or he will hate you; correct a wise man, and he will appreciate you.” – Unknown

“Tell me how you will measure me, and then I will tell you how I will behave. If you measure me in an illogical way, don’t complain about illogical behavior.” – Eli Goldratt

The “Operational Code” can be defined as an analysis of an actor’s behaviors and military and foreign policy decision-making. The prevailing mindset is that Operational Code specifically addresses how actors perceive and respond to opponents and focuses on social identity concepts and stereotyping or image portrayal (George 1969). Operational Code analysis, however, has shifted away from the Bolshevik foundational ideas and has begun to incorporate how actors perceive and respond to their allies or friends/partners in defining who they are and how they think or behave.

A good representation of an evolutionary Operational Code analysis is in the transition of U.S. military and foreign policy decisions after the collapse of the Soviet Union and the end of the Cold War. The U.S. established itself as the definitive superpower in the eyes of most of the world and the ideological victor. At the same time, many perceived the new Russian Federation as a disorganized and meager representation of its former self. The U.S. then began responding to crises from the standpoint of moral superiority, a perspective of the U.S. shared by many that had previously lived under the fear or yoke of Soviet aggression and engaged in various interventionist campaigns across the globe (Murray and Cowden 1999).

The peacekeeping operations and humanitarian missions became a symbol of the U.S. and its benign interventionism right up to the attacks of September 11, 2001. Some states and actors did not hold the U.S. in high regard. Many animosities had been cultivated and festering even before the end of the Cold War. Faced with a different or more proactively dangerous adversary, the U.S. rapidly adjusted its Operational Code to reflect the new threat and oppositional force.

Victimology goes a long way in altering or reinforcing certain perceptions and biases, and the attacks of 9/11 and subsequent terror attacks in Bali in 2002, Madrid in 2004, and London in 2005 only solidified the empathy toward the U.S. and its allies in the Global War on Terror. These attacks created clear social identity divisions. One side was barbarous, and the other a beacon of righteousness. This standard forced the global community, states, and individuals onto one side or the other based on ideological principles and how the other side was portrayed (Eicher, Pratto, and Wilhelm 2013).

The type of leader, governing system, and an actor’s stability can significantly manipulate the Operational Code and perception of and by that state. Global perceptions of a state or actor’s leader can dramatically change how that actor is viewed, particularly regarding heads of state. Age, disposition, method of governance, personal morals, ethics, conduct, and appearance of competency and confidence will all impact how the world perceives a state (Horowitz, McDermott, and Stam 2005).

For example, to compare recent U.S. leaders, many saw George W. Bush as fiercely patriotic and eager to defend the U.S. and its interests but also as a bit of a “good ol’ boy” buffoon. Conversely, the global community saw Barack Obama as suave and charismatic but a pushover on foreign policy. However, Donald Trump was a resolute businessman and firm leader but an irrational and ignorant layperson, to name a few of his criticisms. Many have challenged President Biden’s foreign policy decision-making abilities, and numerous missteps have exacerbated the perceptions of U.S. strength in a multipolarity alongside Russia and China. Accordingly, perceptions of the U.S. have changed both of itself and others in the global community based on who is in charge.

In closing, non-state actors have similar perceptual challenges to heads of state. Usama Bin Laden went from a spoiled rich kid playing mujahidin to the leader of the most feared terrorist organization in the world to a decrepit and powerless old man hiding in a compound. Ilich Ramirez Sanchez, also known as “Carlos the Jackal,” was not highly regarded within many terrorist circles but feared by the populace worldwide and hunted exhaustively by numerous security services. Many deemed Julian Assange a spy and seditious, a hero and freedom fighter, and an intolerable lunatic, all by his own proponents.

Actors become defined by not just their actions but also by their friends and enemies counter to foundational Operational Code ideas. Nuclear states add another unique component to the discussion as they tend to speak with a greater sense of authority on the global stage and get into conventional arms conflicts with other states more readily. However, it will typically be quicker to seek diplomatic resolutions with other nuclear-armed states (O’Reilly 2012). Operational Code analysis should be fluid as leaders, associations, opponents, and objectives of actors change and evolve to fit their current circumstances as shaped by the behavior in the past.