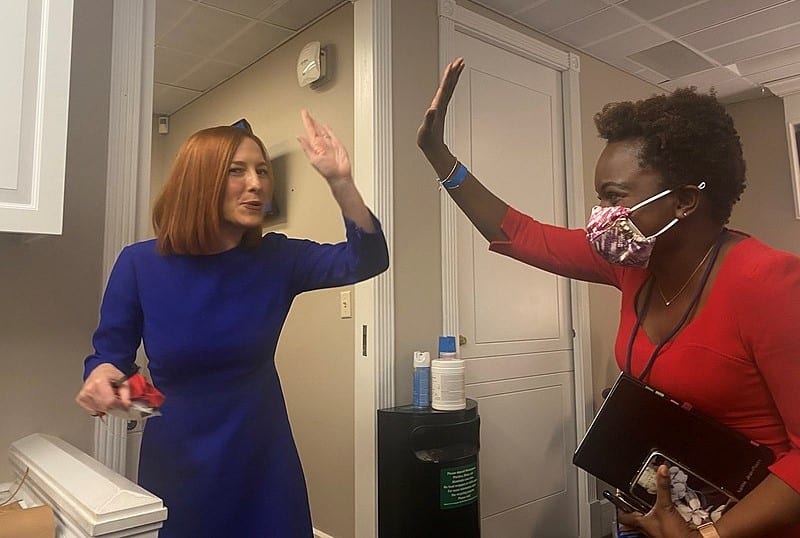 “The Party told you to reject the evidence of your eyes and ears. It was their final, most essential command. And if all others accepted the lie, which the party imposed, if all other records told the same tale, then the lie passed into history as truth.” – George Orwell

I have written about weaponizing words and information warfare in a previous article. Still, in light of certain scientific revelations, declassifications, and the slow-drip release of the “Twitter Files,” I felt I should revisit this topic from a slightly different perspective. I want to approach it from the viewpoint of, “Why is it not misinformation/disinformation when it is the government intentionally trying to deceive you?”

Certain words, phrases, and narratives have become permanent fixtures in political and media vernaculars. Misinformation, disinformation, “denier,” and conspiracy theories are now a regular part of the political and ideological discourse in the US and other Western liberal democracies. However, as discussed in my earlier articles on groupthink and the previously mentioned weaponization of words, these terms are coercive tools to manipulate acceptance and compliance with a specific agenda.

First, “denier” is a hilariously disingenuous and hyperbolic characterization of someone who disagrees with you. Unfortunately, this term is often attached to climate change or elections in contemporary debates. A more accurate word is skeptic. Skeptics are people who have all the available facts and findings, but there are information gaps. In these situations, the amount of empirical evidence does not allow for definitive conclusions, or alternative hypotheses are possible. There is not enough long-term data to attribute climate change to human influences, and there has been enough malfeasance and buffoonery in recent US elections to doubt the validity of the results. That said, there is enough information to denigrate Holocaust deniers and Flat-Earthers; those people rightly deserve condemnation and ridicule.

The second is a conspiracy theorist. The scholarly term is pareidolia, where a person or people perceive a meaningful connection between unrelated things – for example, spurious correlations between the annual number of pool drownings and Nicholas Cage movies released that year. Apophenia is the natural human tendency to make random connections and is generally benign, but it can devolve into ideas that aeronautical condensation can change amphibians’ sexual orientation.

However, in modern political and ideological debates, anyone skeptical of the stated narrative over alternative hypotheses is characterized as a conspiracy theorist. For example, anyone who connected a virology lab with a problematic safety record to a global pandemic or called out questionable ballot handling in key battleground regions was a conspiracy theorist. So, again, being skeptical when there is a lack of transparency and information gaps should be encouraged, not denigrated, like asking if a certain mogul hung himself in solitary confinement with faulty cameras and two dozing guards. Similarly, this skepticism is how we learned that the Earth revolves around the sun, the Earth is not flat, and smoking is bad for your health.

Comparably, this year [2022], we discovered that the US government was colluding with Big Tech to limit free speech, especially conservative voices. UFOs are real, and the CIA played some role in the 1963 JFK assassination. Whether the UFOs are alien or extraterrestrial probes abducting people and turning cows inside out or to what extent the CIA was complicit, we still do not know. Still, we now know there were conspiracies to obfuscate the truth, and these theories are gaining validity.

That leaves misinformation and disinformation. To avoid redundancy, I will not delve too deeply into this topic, but it necessitates mentioning here. How many times were alternative scientific hypotheses or medical second opinions censored or vilified as dangerous misinformation and a public health threat over the last few years [2020-2022] because they contested or refuted official narratives? Is it still misinformation when subsequent studies prove these theories and opinions are true? Is it misinformation or disinformation when the White House Press Secretary or DHS Secretary tells you the border is secure as video plays on other news sources of thousands of people streaming across the US border with Mexico? It sounds like government propaganda (information warfare), and it is safe to assume that Galileo, Socrates, and Vesalius would not have been safe today, either.

In conclusion, why should we care about conspiracy theorists, deniers, or misinformation? I am old enough to remember every supermarket’s check-out shelves loaded with misinformation and conspiracy theories that we used to call tabloids. Most of us just laughed at headlines about “Bat Boy,” and the few less intellectually astute believed the Queen of England, the Vatican, the Gettys, the Rothchilds, and Colonel Sanders formed a pentaverate who secretly ran the world from a chalet in the mountains of Colorado.

Unfortunately, governments across the globe have decided what information is newsworthy or acceptable for debate, and that should be concerning to us all. I mean, it is not like a group of world leaders, led by a bald guy with a creepy Germanic accent, meet in Davos annually to discuss how they want to impose a digital currency, implement ESG (environmental, social, and governance) policies impacting global food and energy supplies, fund the creation of a virus that targeted the old and infirm, tell two-thirds of the population that they are “non-essential,” or manufactured a vaccine that kills otherwise healthy adults and children. All of which might “thin the herd” a little making the populace easier to control…err, I mean reduce the environmental impact on the planet and create social equity. Of course, that would be dangerous misinformation from a science-denying conspiracy theorist that threatens democracy or something like that.