HomePoliticsInternationalPutin: He Who Would Be King 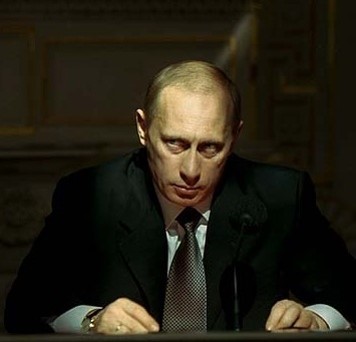 This article first appeared in The Havok Journal on 08MAR15.

When people talk about Vladimir Putin, they speak with respect because many of them speak with fear.

Who is this man? Why does he seem to have the world on a short leash? First and foremost, he’s a product of the Cold War. He grew up in the USSR, and for those of you born in the 90’s, the world was a very different place.

Today you might look at all the tension and think you grasp what us old timers mean when we talk about the Cold War. Trust me, you had to live it to understand it. And since I did, though I am not as old as Putin, I still understand him. 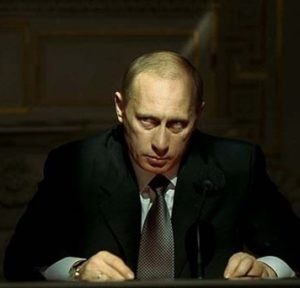 He was KGB in a time when the United States CIA and the KGB played deadly games with each other. He was ten years old when the Cuban Missile Crisis occurred. That was the closest we have publicly come to WWIII and the end of the world, but Khrushchev blinked and the Russians backed down.

The Russians believed, with a passionate devotion that others reserve for religion, that the world was out to get them. Invaded time and again, millions of lives were lost in keeping Mother Russia secure. To understand this culture, think about the history of the battle of Stalingrad in WWII and the orders that Stalin gave to his generals:

“And so the time for retreating is over. Not one step back! That must now be our watchword,”
-Joseph Stalin Order Number 227.

Joseph Stalin was arguably the most feared leader in the world. Over 30 million Russians died by his orders in WWII. He threw untrained and unarmed men into battle with instructions to scavenge from the dead. This is the type of leader that the Kremlin would answer too until 1992.

The KGB — effectively the Russian version of the CIA and the FBI rolled into one force with power over every man, woman, and child in Russia — was where Vladimir Putin learned about leadership and power. This man grew up in a severe dictatorship as one of the men who maintained the control of the state.

Not much has changed has it? Putin might be a bit tamer. There are no mass executions that we are aware of, but do not for one second believe that he’s incapable of anything. He will do as he desires. He grew up learning that what was good for the State, was what was good for him.

With the fall and breakup of the Soviet Union, the collapse of the Russian economy was a daily fear. The possibility of civil war was ever present. Putin has spent the last 20 years bringing Russia back from economic despair and corruption and he is not about to fall short now.

Moving to present day, we have conflict in Ukraine and are near the verge of an outright war, instead of a proxy fight. Why? Because the Russians, because Putin wants the Soviet Union back.

What is the vision in his head? One of power and remembered glory where Russian might shook the world. He holds the rest of the world leaders in polite contempt. He has reason to. Like a playground bully sure in his strength, he pushes and everyone else backs down.

Syria is a mess because Russia is Syria’s ally. Any action taken against Bashar al-Assad means you have to have a deal with his guardian Putin.

Now a man, Boris Nemtsov, has been murdered. What did he do? He opposed the great man. Others compare this to a similar event that Stalin used to crack down back in the 1930’s. Is Putin capable of such ruthlessness?

Beyond a shadow of a doubt, yes.

He’s pushing the world. He strides with confidence and everyone recognizes it but they don’t account for it. His image is used to make memes on the internet. He does things to show prowess and power and the world sees his strength. However, the current generation does not understand the desire for strength and control behind it.

A civilian airliner shot down. Hundreds die. Nothing is done about it. We push sanctions that are more symbolic than painful, because Putin does not care about the lives of the Russian people. More outside pressure just allows him to exert more control over the inner circles of power.

I do not know if this is the awakening of a second Cold War. The rules have changed a bit in the world. While those changes may work to constrain how Putin acts at large, so far no one has managed to place enough of a check on his actions to do more than inconvenience him in any way.

Power is its own reward and Putin was bred to power. We know the current President cannot stand up to him. When we chose our next President, we need to keep that in consideration.