HomePoliticsPeace and Dialogue: What Tel Aviv and Orlando Taught Me About “Pride” 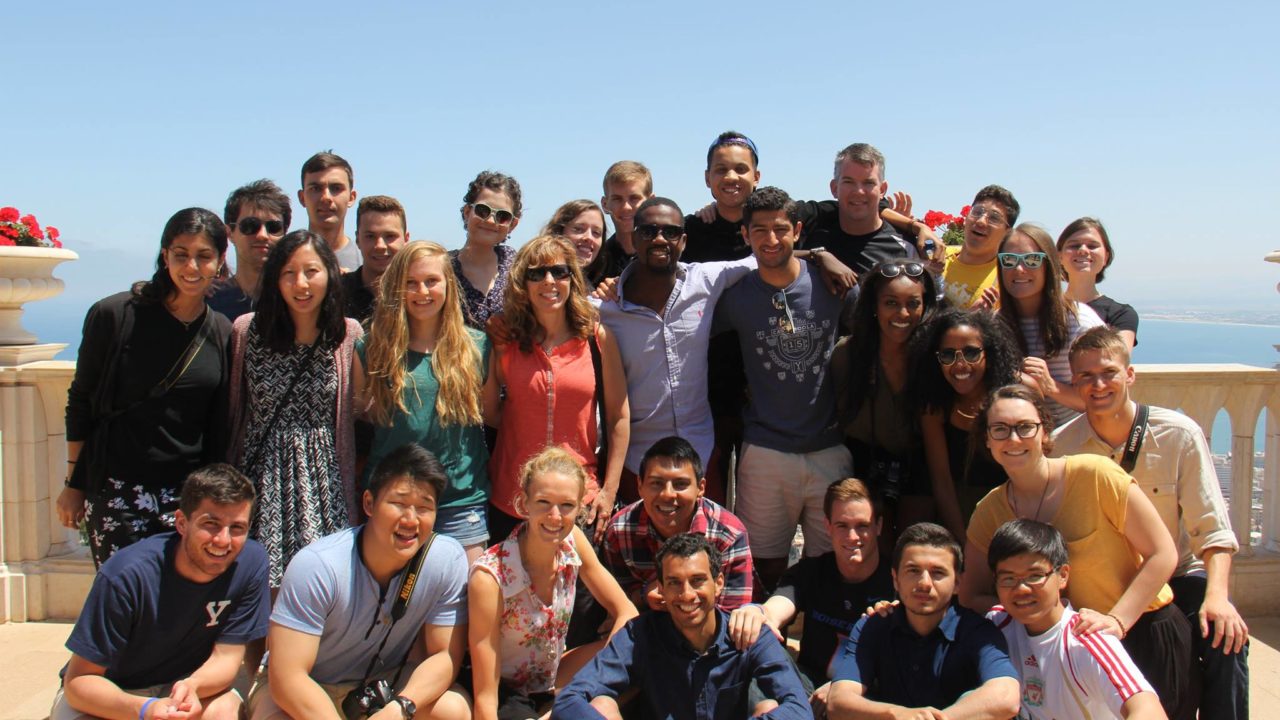 One of the things I liked the most about PDLI was its conspicuous lack of a political agenda. Student leaders select the itinerary, handle fundraising and logistics, and invariably go out of their way to expose PDLI fellows to as much of Israel and Palestine as time, the budget, and the security situation allow.

PDLI we met with a number of representatives of major Israeli political and religious groups: Druze, Arab-Israeli, and Palestinian minority groups, students, academics, journalists and business leaders of all types, as well as kibbutzniks and even Israelis from West Bank settlements.  In addition to a great personal meeting with the President of Israel, some PDLI Fellows even got to go to the town of Rawabi near the West Bank city of Ramallah and engage directly with the Prime Minister of the Palestinian Authority. (author’s note:  in accordance with Department of Defense regulations, West Point and Naval Academy personnel did not go to Ramallah)

While multiple schools sent delegates to PDLI in years past, this year’s Fellows came from two schools: Yale University and West Point. As someone with ties to both Yale and West Point, I see enormous value in putting undergrads from these two elite institutions in an environment where they gain a nuanced perspective on thorny international problems. And most importantly, learn from each other and the bewildering lineup of Israeli and Palestinian journalists, students, politicians, soldiers, and business leaders PDLI brings to the table. The overall experience can be quite transformative in terms of political-cultural expertise, cultural competence and empathy, and leadership development.

That depth of individual development doesn’t apply solely to the Fellows. During every PDLI iteration, I learn and experience something new as well. Sometimes it’s from our speakers, or from our tour guide, or my fellow travelers. Sometimes it’s from localities, or personalities, or internal reflection. For me, the transformative experience this year happened in Tel Aviv.

If Jerusalem is Israel’s heart and soul, then Tel Aviv is definitely its spirit. The city is a hub of social, cultural, and educational innovation, combining old and new in an exciting, vibrant, multicultural mix that is uncommon in a region that largely tends to self-segregate based on a variety of identity groups.

But Tel Aviv is also a city of contrasts, and not all of the city’s inhabitants have an exciting and exhilarating life. This year we also went to an economically depressed area of South Tel Aviv, home to a number of African immigrants living illegally inside Israel. These individuals, we were told by the residents themselves, are in a kind of legal “no man’s land” where they’re not quite refugees, and not quite migrant workers. Many of them were unemployed and obviously living on the local streets and parks, or crammed into decaying, trash-filled tenements. It was a scene I had seen many times in America, Europe, and the Middle East.  No matter where one goes, deep poverty often looks the same. 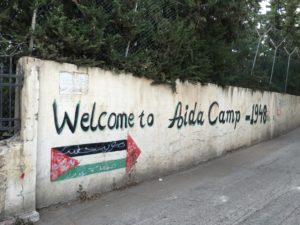 What struck me is that despite the desperate poverty, and financial incentives from Israel to leave the country, the immigrants had no desire to go back to their countries of origin. Nor did they seem to be in a hurry to move on to other countries in the West. However bad their plight inside Israel, it is, apparently, better than what they expect to find anywhere else.

That made me think of the discussions we had with several Arab-Israelis who, while proud of the Palestinian heritage and ethnicity, had no desire to live in the Palestinian Territories or in any of the many Arab-majority countries bordering Israel. I found that interesting given the frequent accusations of “apartheid” and oppression tossed at Israel.

But what really affected me this year was another new experience for me: walking in a “Pride” parade. Tel Aviv’s big annual Pride Parade happened to occur during the last few days of this year’s PDLI trip. I had never attended a Pride Parade of any type before, and would not have done so this time except the parade route was on the most direct route back to my hotel room from the downtown-shopping district where we ate lunch. The pride parade had a carnival atmosphere; everyone seemed welcome, everyone seemed happy. Security was extremely tight, but I still had no problem mixing in with the walkers and floats on the street, where it was easier to walk than to push through the crowds on the sidewalk.

Other than getting drenched with water by an overly enthusiastic wielder of a giant Super Soaker, nothing of particular note happened. After fifteen minutes or so of walking through the parade, I broke off and went back to my hotel. I poured myself a glass of water and opened the door to my balcony to let in the ocean breeze. From my room in the Dan Panorama Hotel, I had a direct view of the parade route as it wound down the main seafront road and spilled over onto the beach. But what really caught my eye was the structure behind the parade. Behind the revelers celebrating on the street and on the beach was a deserted mass of concrete and steel, looming over the festivities like a weather-beaten skull. This was the remains of the Dolphinarium, a discotheque that was the scene of a horrific terrorist attack in which dozens of young partiers, some of whom were only in their mid-teens, were murdered by a suicide bomber in 2001.

The contrast was profound: on the street, in the present, was a vibrant celebration of personal freedom. Behind it, in the past but still casting a pall over the festivities and representing a looming threat, was an example of what free people all over the world face every day simply for being who they are.

After watching the parade pass by for a few minutes and musing about the juxtaposition of the parade against the ruins of the Dolphinarium, I went about my day. We returned to the U.S. and I didn’t think much more about the experience, at least not for a while. But I was reminded of my Tel Aviv experience a few months ago when a man claiming allegiance to the terrorist group ISIL murdered dozens of partygoers at Pulse, a popular gay nightclub in Orlando, Florida.

That is when this year’s PDLI experience all kind of came together for me. I’m glad to live in the United States, a country where people can be free to be who they want to be. After a very contentious presidential election here in the U.S., I think it’s easy to forget that as imperfect as our society is, it is, like Israel, still a beacon of freedom for much of the rest of the world.

Inside the U.S. we still have poverty like the type I saw in Tel Aviv. We still have attacks against people because of their identity. We need to get better. So does Israel. But I feel that as a nation the United States is the conceptual embodiment of that “Pride Parade” I saw in Tel Aviv, promoting and celebrating freedom and protecting it from those who want to turn it into the Dolphinarium or make it another Orlando.

There are few areas of the Middle East where a Pride Parade on the order of the one in Tel Aviv could occur. There are few places in the region where people are free enough to do something like that, even if they wanted to. But there are many places all over the world where the kind of hate that led to the Dolphinarium bombing and the Orlando shootings continues to fester. I believe that PDLI and programs like it that take young people with high potential and put them on the ground, face-to-face, with everyone from “average citizens” to leaders in economics, politics, security, and social justice are one of the ways we learn, grow, understand, and help each other.

I’m already looking forward to next year’s trip, in the hopes that like the Dolphinarium, the kind of hate that leads to events like what happened in Orlando can one day be an unfortunate, distant memory for everyone in the world. I’m grateful for PDLI; its organizers, the organization’s support from West Point and Yale, and most importantly, from the generous donors who provide the means to make this meaningful experience happen for our young leaders.  I’m proud of my fellow PDLI travelers. I’m proud of my country. Maybe one day we can all have “Pride” together in everything we do as a human race.

Lieutenant Colonel Charles Faint is an Army officer with more than 22 years of service in operational units and as an instructor at the United States Military Academy at West Point, where he currently heads the Officership capstone program.  He served a six-month peacekeeping mission with the 101st Airborne Division along the Egypt/Israel border as well as two yearlong assignments in the Republic of Korea and seven combat tours in Afghanistan and Iraq, all with Special Operations units.  He is a proud 2013 graduate of Yale University’s Jackson Institute for Global Affairs. This article represents the personal opinion of the author.  Neither the author’s views nor the Peace and Dialogue Leadership Initiative are officially endorsed by the U.S. Government, the Department of Defense, Yale University, or the United States Military Academy at West Point.