HomePoliticsNo, the Election Was Not Rigged 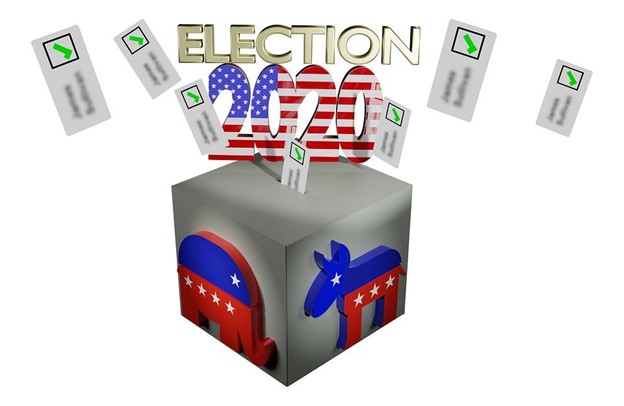 This first appeared in The Havok Journal on November 20, 2020.

Of all the things listed on my 2020 Apocalypse Bingo card, President Donald Trump contesting the election results was so predictable that it might as well have been the free space in the center of the card.

This, after all, is the same guy who entered American politics attempting to delegitimize Barack Obama’s Presidency with birtherism conspiracy theories. During the 2016 Republican primary, who tweeted “Ted Cruz didn’t win Iowa, he stole it.” Who, in November of 2016, said he won the popular vote “if you deduct the millions of people who voted illegally.” And who this year, before votes had even been cast, stated that “the only way we’re going to lose this election is if the election is rigged.”

Honestly, given his history, it would have been surprising if Trump hadn’t contested the election.

For years he pumped his base full of grievance narratives, telling them that the “system” was rigged and the “establishment” was out to get them. That behind every bush under, around every corner, was a plot to overthrow him. And by gaslighting and undermining the legitimacy of mail-in ballots, knowing full well that his supporters were voting primarily in person, while the Democrats, having taken COVID seriously, would be voting primarily by mail, he had fully primed his base to question the election results, pending a Biden win.

By the time Election Day rolled around, there could only be two outcomes in the minds of his core followers: either Trump wins or it was stolen.

Naturally, this led many to wake-up after election night in disbelief that Biden was steadily approaching 270 Electoral College votes. To them, the only explanation was voter fraud.

But, let’s make one thing clear. The President has every right to challenge any instance of voter fraud in court, as long as his campaign can provide credible evidence.

The only problem is…no evidence has been provided.

Now over two weeks after the election, not one of the twenty-six lawsuits brought to court by the Trump campaign has found any evidence of voter fraud or of a grand conspiracy to rig an election. Despite all the claims of ballots being filled out with sharpies and not being counted, or of observers not being allowed to watch votes being tabulated, or of malicious software changing votes, or of dead people voting, or of mysterious vans bringing in boxes of forged ballots; not a single one of these claims have been proven in a court.

Ironically, all the lawsuits, having failed to prove voter fraud, have inadvertently proved the integrity of the election.

Still, I know many find the election results suspicious, and understandably so. Our social media bubbles and our favorite news sources create a distorted version of reality. So for a lot of good and honest people, who sit in pro-Trump media ecosystems, who were convinced that large rallies and boat parades were indicative of winning, to them a Trump loss immediately signaled voter fraud. And I don’t blame them for this conclusion.

But contrary to popular belief, nothing mysterious happened when people went to bed on election night. The Democrats are not Santa Claus waiting for Republicans to go to sleep. Instead, what happened was the mail-in ballots were finally being processed in states (i.e. Georgia, Wisconsin, Michigan, and Pennsylvania) that, by law, require them to be processed and counted only after the polls close and only after the day of vote is counted.

Truly, if the Democrats rigged the election they did a horrible job.

Trump won by a larger margin in Florida than he did in 2016, Ohio stayed firmly in Republican control, Nancy Pelosi is barely holding on to a majority in the House, and Mitch McConnell will at a minimum retain fifty seats in the Senate. And probably most important, the Democrats flipped a total of zero State Legislatures right before re-districting will take place; giving the Republicans a political advantage for the next decade and almost guaranteeing they will take back the House in 2022. Honestly, if there was any time for the Democrats to rig the election, it was this one.

In totality, this election wasn’t a mandate for far-left reforms or a rebuke of the GOP, rather it was a rejection of Trump and his realpolitik administration. Whether or not you think that Trump had fair treatment in office is a different discussion entirely, but one thing that is for certain – this election was free and fair.

But ultimately, none of this matters.

None of this matters because after watching the President prematurely declare victory on November 4th, and after watching his allies argue to “stop the count” in states where Trump was ahead on the same day that they were arguing to “count the votes” in states where Trump was behind, it was a clear that maintaining a legitimate election was never the goal.
Rather, the goal was to create noise.

The lawsuits are nothing but a slow-burning Reichstag Fire, with Trump and his allies spreading conspiracy theories of a far-left coup when in reality it’s a want-to-be authoritarian trying to stay in power.

But this isn’t Bush v. Gore. The Supreme Court isn’t going to intervene. The election is nowhere near as close as 2000 or 2004 or even 2016. Biden’s lead in Michigan alone is more than double the margin of victory in the five key states that allowed Trump to win four years ago.

This charade is just a chance to enrage the base, giving the Republicans the momentum heading into the Georgia runoffs, solidifying Trump’s hold on the Party, and providing a future platform to announce a possible 2024 run. Not to mention that the rigged election narrative also is another opportunity to squeeze money from supporters and primes a Fox aggrieved audience for the forthcoming Trump TV.

Trump is never going to concede not only because it is advantageous politically and economically but also because he can never be seen as a loser. As it turns out, the bane of all snowflakes is the biggest snowflake of all. The #FactsDontCareAboutYourFeelings policy doesn’t seem to apply to him.

Trump will never accept the outcome of the election, and more tragically, his most loyal supporters will never accept the outcome either. The “rigged election” story will fuel the grievance mindset, becoming the familiar “stabbed in the back” narrative frequently used by nationalist authoritarians. The mantra on the far right will be that: “He was betrayed. We were cheated. Trump is a legitimate king. Biden is the illegitimate rebel.”

Of course many will push back, claiming that the left didn’t accept Trump as President and, therefore, they shouldn’t have to accept Biden as President either. The familiar “the other side made me do it” excuse that has become all too familiar and ignores the fact that Hillary conceded the day after the election and Obama started the transition with Trump the day after that.

Overall, there is a big difference between the Russia investigation and impeachment, which were centered on the President’s conduct, and Trump’s lies about a rigged election, which are undermining our democracy.

And we forget that the sins of the political opposition are not a justification for our own. The continual finger pointing to the other party as an excuse to commit similar or even more egregious acts is what has led to all the division, anger, and hate.

So to all those who pat themselves on the back that they didn’t riot and cause chaos after Trump lost, I salute you. But the refusal to burn down buildings doesn’t give someone permission to burn down democratic norms or the legitimacy of our election. Buildings can be repaired, faith in our democracy cannot.

The long-term damage that is being inflicted on our nation cannot be overstated. Not only is our election system being undermined, and not only is the Biden presidency being delegitimized, but our democratic institutions are being eroded. The lack of a concession threatens the peaceful transition of power, the very thing that George Washington said would “separate this country from every other country in the world.”

In essence, we are losing that which makes America, America.

Ultimately, this isn’t a left or right issue or a Democrat or Republican issue. We should all want free and fair elections, and with no proof or demonstrable evidence of fraud, we should all want a peaceful transition of power, too.