This is perverse. There are gutter punk politicians and journobots who are actually DISAPPOINTED the January 20th rally in Virginia wasn’t a bloodbath. There were 20,000+ of us there behaving exactly how we behave, not being the monsters they insist on lying we are, and it has broken their little minds. “Crap”. Now some people might actually look in to who and what gun folks actually are”. They needn’t have worried. The bullshit stereotype seems to be holding strong.

Look’a here. I have no issue with you whatsoever if you’re anti-gun or don’t care gun. That’s your right and I respect it. I believe you’re wrong, but I don’t doubt for a second your heart’s in the right place. I’ll never ask you to turn your back on your values. I don’t WANT you to turn your back on your values. But I’ve been around the legit firearm community my whole life and I’ve been a participating member for over 40 years; I KNOW the hoplophobe’s fantasy of us is utter bullshit. If you truly believe people like me are even a statistically measurable part of the problem, I hate that. I’m offended by that. But I encourage you to keep up the fight against us if that’s what’s in your heart. If anyone out of my side of this gives you any grief for that, tell me. I’ll deal with that RIGHT quick. More than a few of you reading this right now can confirm I’ll back you on that, immediately and publicly.

But only if it’s YOUR opinion, and you’ve given our position fair consideration. Don’t hate us for what we are until you KNOW what we are. And right now, you don’t. Not if you’re following along with the kind of hate filled hogwash these little shitheels crank out. They’ve been doing that for longer than I’ve been alive, of course, but Governor Klanhood and the Flunky Bunch have oozed down to a new low. They’re thoroughly pissed off they didn’t get the massacre they hoped for. So what the hell; they’ll just go ahead and report it as if it did anyway. I found this little gem of journalistic integrity the other day (emphasis mine, obviously):

“(there was, it was true, an absence of immediate bloodshed) BUT WHAT ABOUNDED, IN THAT ARMED AND INSURRECTIONIST SEA OF HUMANITY, WAS THE PROMISE THAT BLOODSHED MIGHT HAPPEN AT ANY TIME, SHOULD THE WILL OF THE MOB BE THWARTED”.

(you, um, understand the “will of the mob” WAS thwarted, right? No one came out of the municipal building and set fire to the offending legislation). 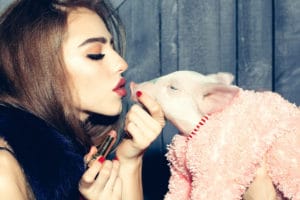 And this: “All this confidence (that it would be peaceful) BELIED THE FACT THAT BLOODSHED—GREAT AND HEAVY AND PERHAPS UNPRECEDENTED ON AMERICAN SOIL—WAS NARROWLY AVERTED”. Heavy on the Oh the Humanity, one or two throwaway asides that none of it actually happened. Try reading that in Walter Cronkite’s voice.

And that’s by no means a cherry picked outlier. That was the 7th or 8th piece I found that had the same tone. And just out of curiosity, what exactly “narrowly averted” that? If we were even remotely what they say we are, the only real preventive measure would have been a naplam drop. We didn’t go nuts because we DON’T go nuts, simple as that. That’s not who we are or ever were. Explain to me why that’s what you want us to be.

It’s despicable enough when children in the upper echelon of the federal government and journofiction writers condemn us for the bent up evil of people who don’t belong to us. Now they’re attacking us for what they want you to believe we’re THINKING. I’ve read that three white supremacists planned to manipulate the rally in to a massacre. IF that’s true – and there’s no reason to believe these publications wouldn’t make that up – it was never going to work. You have no idea how important firearm safety and responsibility are to us, or how deep set. It might be possible to game a tiny percentage of us in to opening up on someone innocent. We’re human. But a group of us? No. I never presume to speak for any large group of people, but I’m making this one time exception; firing into a crowd of people goes against literally everything we stand for.

And so do white supremacists for that matter. Those bastards are the enemy, and they’re attack on sight for a lot of us. Ask me sometime about the blood I’ve lost and the scars I’ve gained putting those punks on the deck. If you knew us, you’d understand how utterly ridiculous it is to think a Nazi could trick us into doing his bidding. Of course, some of the skeezier of the online rags, and some of the more hate filled politicians would have you believe they ARE us. They want us punished for standing up for our rights, and many of them listed “white” as an aggravating factor. That complete piece of gutter trash AOC is comfortable saying being a gun owner and being white makes you a Nazi and a domestic terrorist. That’s acceptable to you? Gotta be. I’ve not heard her called out for it.

So the brave warriors of Pantyfa can cover their faces with bandanas and confiscate clothing they’ve deemed unacceptable, 5 or 6 to 1 against teenagers and the elderly, and it’s just “activism”. WE rally up because we’ve finally had enough of being punished for things we’ve not done, there’s not a minute of trouble, and the 20,000+ of us left the area cleaner than they found it, and we need to be destroyed. Can someone please tell me how that’s right?

Even if you’re one of the people reading this who’s known me longer than 40 years, this is the first time you’ve ever seen me cut into “the other side” at all, let alone this deep. That’s because I believe if you’re sure you’re in the right you have nothing to fear from debate or protest. We’re not talking about a debate or protest here. We’re talking about outright lies. We’re talking about hateful lying scummy trash straight up inventing what they want you to believe we’re thinking then insisting we be held accountable for it. We’re talking about members of Congress openly bragging about targeting millions upon millions of Americans for their skin color. I hope that’s still unacceptable; won’t be any coming back from that being allowed to set.

I take an enormous amount of pride in being reasonable and giving other perspectives their due. You’ve got the same right to your beliefs as I have to mine, and no matter how vehemently I may disagree with what you think, I’ll fight for your right to think it. I have a history of doing that. If I’VE been pushed to the brink here, a whole hell of a lot of people have long since crossed it. We can take the arguing. We’ve had it with being lied about. Especially when all you gotta do to debunk them is talk to us. Don’t let Slate and Salon and the squad tell you who we are, let US. If that’s really an unreasonable burden, I’m GLAD I don’t have much time left in me. The situation is ugly enough right now; this pig won’t be getting any prettier as it ages.
_____________________________________________
Bama has been a rodeo cowboy, a professional stuntman, and, for 37 years and counting, a bouncer at various biker bars redneck rat cage juke joints through the Deep South. He makes cool stuff as Crimson Tied Paragear, using knots his Army Ranger Scoutmaster taught him at Boy Scout summer camp deep in the Okinawan boonies back in 1972.