HomePoliticsInternationalA Letter to the Generals in Regards to the Pope 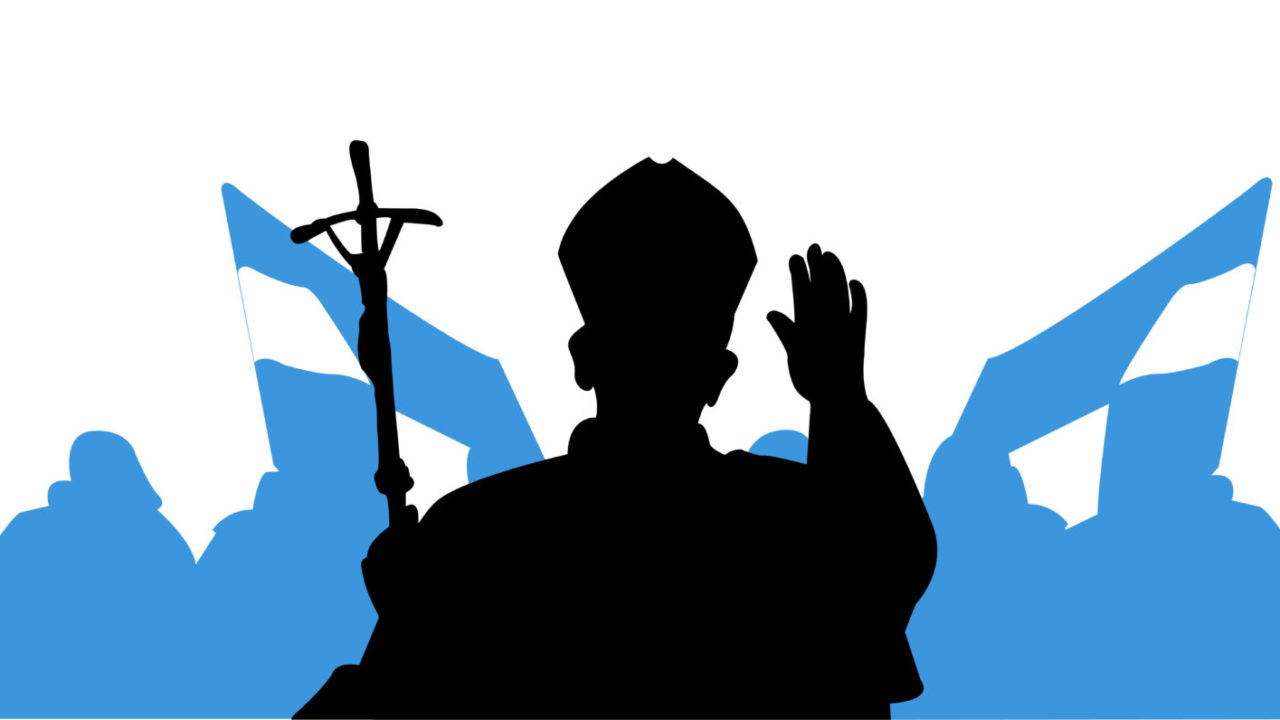 “The last mosque we helped restore, the roof collapsed. Since then, we don’t touch the mosques.” Those direct words came out of the mouth of a full bird Colonel.

I asked, “Why, and what sense that made?” Did this Colonel fall into the superstitions that run rampant in Afghanistan?

We — the infidels — is how many locals looked at the coalition force. But when we went in to help restore the roof of a pre-existing mosque to win some hearts and minds, the roof collapsed only a month later. We were blamed — because we, of course, were the non-believers.

The freak accident at the mosque fueled the enemy’s propaganda machine: “This is what happens if you work alongside the infidels.” Similar enemy propaganda messages went on like this for months and years — all because we, the “non-believers” not only went into, but helped try and fix, a local mosque.

Many would say, “How outlandish.” Yet, the after effects remained, no matter how true it was or not. Unfortunately, truth is absolutely sometimes stranger than fiction. And in places like the Middle East, the Levant, and Central Asia where Islam is dominant — truth is bizarre.

I walked away from the Colonel thinking, What a fool you are. How many locals have you ever actually spoken to? I knew the answer. Very few. Like most command staff, he was a desk jockey.

After chow and some time to think about my brief discussion with the Colonel, I headed back to his office to ask one question. “Sir, what have you done to counter the enemy’s propaganda machine? Put up bill boards, which most locals can’t even read?”

Needless to say, the Colonel knew I’d called him out. He also knew it really wasn’t up to him regarding how we went about fighting this war. It was up to his superiors — the Generals that be. And they were ridiculously clueless.

Today, I don’t feel a need to write anything indepth about my experiences abroad working as a military advisor. I don’t feel it necessary to write anything more indepth about the Colonel referenced here nor any more detail about the mosque in question. I do feel it necessary to address our military Generals and their civilian counterparts to ask a very simple question:

How do you feel about Pope Francis entering and actually praying in Turkey’s “Blue Mosque” alongside the Grand Mufti of Turkey?

Some claimed the Pope caved into Islam’s demented propaganda scheme. Others call the Pope a “sell-out.” Such persons are complete fools for such an assessment. What the leader of the Catholic Church did took incredible strength and intestinal fortitude. Strengthened by the forces of our supreme being — the Father, Son, and Holy Spirit — he was surrounded by his guardian angels, including St. Michael.

The Pope showed the world that every house of the God can provide you refuge. Should you believe, truly believe, you shall not be harmed as God will embrace you and wrap you in his arms.

For years though, our military leaders told our troops to stay clear from the Mosques. We were told they were holy, even though many times our enemy turned them into the devils lair by stashing weapons and supplies, even shooting at targets of opportunity from such intended places of worship.

When these actions among our enemies unfolded in such places, were they or should they have continued to be observed as ‘holy’ domains? Were they not places that should have been rescued from the evil that dwells within? Should we have not followed our own Pope’s footsteps and brought peace to these sites?

Our Pope has shown us that he will not live a life of fear, let alone be consumed by political correctness.

Our military reflects a rich history of religious and/or faithful heritage. We’ve celebrated communion on the battlefield. Our coalition partners called truces with our very enemies during religious holidays. And we’ve prayed time and again before many missions.

My questions to you, our military leaders is quite simple: Will you allow our Pope’s actions lead you by his example when it comes to defeating our enemy and protecting the innocent? Will you walk into the mosque, bow your head, and pray to the God right alongside those of different religious faiths? Will you understand what such a powerful action could actually constitute as a statement of faith?