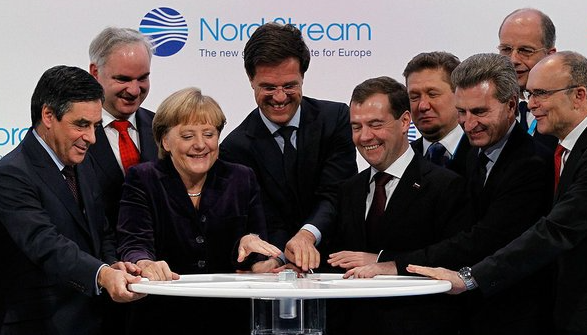 The recent sabotage of the Nord Stream pipelines supplying natural gas to Europe, predominately Germany, has undoubtedly escalated tensions in the region. But, so far, no one has presented definitive evidence of who is responsible or the motives for the attacks. This uncertainty has resulted in finger-pointing from all sides of the Russia-NATO rivalry and Russo-Ukraine conflict. NATO officials have already assigned blame to Russia for the acts of sabotage; however, the situation is too complex to jump to conclusions this early in the investigation. Nevertheless, a few differing strategic perspectives could explain possible scenarios where various decision-makers might authorize such a pipeline strike.

While writing about the Peloponnesian War, Thucydides described three primary human characteristics influencing security and conflict decision-making – fear, honor, and interest. Thucydides characterizes fear as irrational behavior, often brought about by the rising power of another state. He attributed the non-rational element of honor to a state’s (or leader’s) reputation, influence, allegiances, and maintaining the status quo. Finally, he asserted that a state acting in its best interest was rational behavior but conceded that it was subjective to divergent perspectives.

Why are Thucydides’ perspectives relevant to the sabotage of the Nord Stream pipelines? The reason is that it helps one understand the possible motives for the attacks. National security and intelligence analysts assess the profiled actor’s capability, opportunity, and intent when they estimate the likelihood of a specific course of action. Here are a few possible whos and whys for the attack based on current information.

Russia is an obvious suspect for several reasons. First, many security experts suspect Russia of committing numerous “false flag” operations to achieve political and military objectives, such as the 1999 bombing of an apartment complex that assured Putin’s election to president of that state and initiated the Chechen conflict. In addition, Russia’s recent conscription of 300,000 reservists and veterans and veiled nuclear weapons threats show a state of desperation and uncertainty in the Russo-Ukraine conflict. An attack against non-military critical infrastructure could be used as justification to escalate the conflict (fear and honor).

Second, Russia has the undersea capabilities and opportunity to cause the level of damage witnessed. The pipelines sit between eighty and just over a hundred meters underwater, far below the average operating depths of most divers without technological assistance. Similarly, the lines are concrete-reenforced thick steel pipes designed to withstand tremendous pressure internally and externally. Experts believe something using the equivalent of 1100 pounds of explosives damaged the pipelines, indicating something more involved than traditional underwater demolitions.

Finally, the heavy presence of Russian naval forces in the Baltic provided an opportunity for the attack. These facts do not single out Russia as the perpetrator. However, they do demonstrate capability, opportunity, and intent.

The U.S. has the same, if not better, capabilities and opportunities as Russia, but assessing its intent is a more complicated topic. Therefore, what fear, honor, or interest would the U.S. have to justify such an attack? Why might President Biden authorize something like this and potentially escalate regional tensions and hostilities?

First, damaging the pipeline will hurt Russia economically and its influence over NATO/EU allies using natural gas supply. Less money means a reduction in warfighting capabilities. Similarly, Russia cannot use the energy supply to hang over Europe’s head like the Sword of Damocles to limit their involvement or assistance in the Russo-Ukraine conflict. The U.S. is now better positioned to coerce its allies into more robust support of Ukraine.

Second, several conservative commentators had pointed out a statement by President Biden before the invasion where he vowed to “put an end” to the Nord Stream pipelines if Russia attacked Ukraine but did not elaborate what he meant by that. Without inserting too much subjective commentary, Biden is known for his gaffs, which could be another example of inarticulate phrasing. However, there are characteristics of fear, honor, and interest in attacking the pipeline, and one cannot discount them for U.S. involvement when assessing the suspect pool.

Because many European states, mainly Germany, depend on Russian natural gas for heating and other utilities as the continent is already approaching winter amid an energy crisis, it would seem antithetical for any of the European NATO allies to attack the pipelines. However, a few recent developments could challenge that perspective. First, Norway and Poland opened the Trans Baltic within a day of the sabotage of the Nord Stream pipelines. The Euro-controlled line would reduce Russian influence over Europe and place themselves in a firmer position to resist coercion or exploitation by their rival. Of course, the timing could be entirely coincidental, but one cannot discount it in the analysis of competing hypotheses.

Second, Finland and Norway have their respective reasons for a retaliatory strike against Russian critical infrastructure. Russia has been choking Finland’s energy sources since it opted to join NATO, stifling the gas and electricity supply to the Scandanavian state. Desperate times lead to desperate acts. However, Norway’s retaliation would be less justifiable. In November of last year (2021), the Russians were the prime suspects in cutting an undersea communications and sensor cable the Norwegians used for arctic research. Reports show that the lines could potentially detect submarine movements, threatening Russian naval activities. Thucydides’ fear and honor strike again.

One cannot discount the high-impact/low-probability actors in this scenario, specifically China and Ukraine. First, it is implausible that Ukraine has the capabilities or opportunity to perpetrate this kind of attack. However, some counterfactual arguments could support a somewhat plausible theory of Ukraine’s involvement. For example, the Russians recently discovered a disabled USV (uncrewed surface vehicle) on the coast of Crimea that seemingly belonged to the Ukrainian military (or was provided by an ally). One could theorize that one or more of these USVs or UUVs (Uncrewed underwater vehicles) that a NATO or “friendly” state supplied were the Ukrainians diverted in Poland or other Baltic states and used in the attack. However unlikely, it is still a scenario to consider.

Second, China certainly has the capabilities to sabotage an undersea pipeline, and there would be numerous reasons for its intent. The current geopolitical arena is multipolar between the U.S., Russia, and China, vying for global hegemony. While China appears to be a passive partner to Russia, it is only out of rational pragmatism (interest). Escalating tensions between the U.S./NATO and Russia distract the world from their agenda; Taiwan, the Belt, and Road Initiative, and its Southeast Asia power plays. Similarly, it would cause Russia to be more economically dependent on China through natural gas sales. Finally, China has conducted naval drills in the Baltic alongside Russia, so it is not outside the realm of possibility that they had the opportunity to perpetrate this attack. Fear, honor, and interest all play a role in this scenario.

In closing, the world will have to wait for the investigation to determine who and why this unknown actor sabotaged the Nord Stream pipelines. However, there is no denying that it has dramatically escalated regional tensions and hostilities between Russia and NATO. Regardless of who is determined to be responsible and Thucydides’ explanation, it could have devastating consequences for the entire global community. We can only hope that cooler heads prevail, that ration overcomes fear and honor, and that the worst remains only a hypothetical outcome.