HomeCultureMusicYour Wallet Says to Stream, but Not These WWII Veterans’ Album 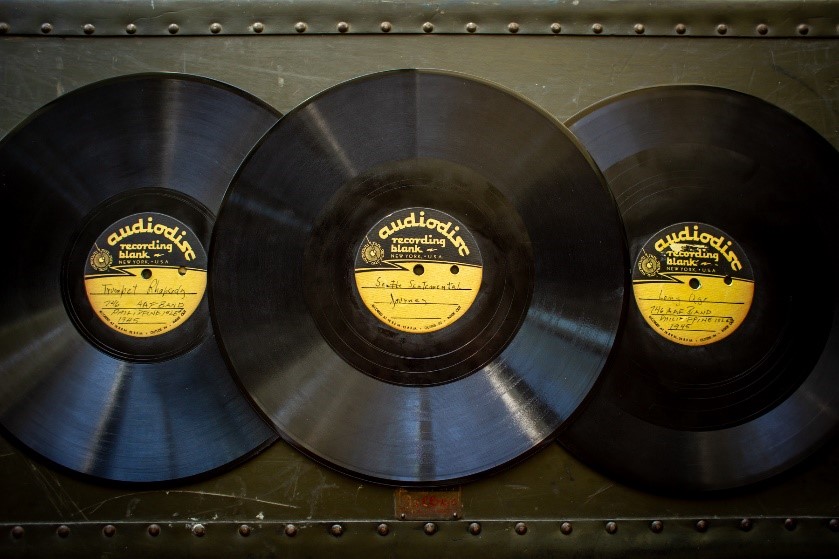 In today’s world, streaming music is king, and why wouldn’t it be? You can have variety at your fingertips while you type that essay the night before it’s due. You can tell Alexa to play Frank Sinatra, while you make your family a fine Italian meal. You can Rage Against the Machine that is album purchases, while you knock out that last set of reps for your new personal best in the gym.

Album sales have been rapidly declining for years now, while streaming has been moving at an upward pace that would make Usain Bolt look like he had cement in his shoes. In 2019, streaming accounted for 84.6% of the music market, while album sales contributed a paltry 11.7%. The bar for album sales in 2020 should be set low; however, there is one album in 2020 that should be purchased and it comes out this Veteran’s Day.

The 746 FEAF album will hit the music market, 75 years after it was created. This is an album of historical and cultural significance, made by a front line Army Air Force Band in the middle of the Philippine Campaign of World War II. The band arrived on the Island of Leyte to boost the morale of service members and Filipinos, attempting to liberate the Philippines from the Japanese. At times, this band found themselves on the front line, entertaining troops. One of their first performances was with a USO group with the war as their backdrop.

According to lead trumpet player, Richard Burt, “We played that show three nights in a row, the last being up at the front. It was an area where all the palm trees had been blown in half. A makeshift stage had been set up and when we arrived GIs were climbing up these half blown up palm trees to attach spotlights for the show. All the men who came to see the show came in their ponchos with their helmets on and their rifles sticking out. As the show progressed, across the ravine, there would be sounds of automatic weaponry and you could see the flashes every once in a while that the shooting made. So, even while we performed, on the other side on the ravine, there was action going on.”

As soldiers and airmen fought their way to Manila, the 746th Far East Air Force fought the ancillary enemies of war…fear, anxiety, homesickness, and boredom. When the dust settled on the month-long battle for Manila, the band made camp at the final stop on their Pacific tour, Fort Mckinley. It was here that the band would play for a legendary group from the Philippines: the Army and Navy Nurse Corps “Angels of Bataan” who had been freed from their POW camp at Santo Tomas in February of 1945. Private Richard Burt observed, “We played for one formation only, that is a military formation, and that was after the war had ended with Japan. This was when nurses who had been taken prisoner when Corregidor fell were given medals. We stayed in the shade to play that formation and for good reason, it was suffocatingly hot.”

The final gig for this military band was in their performance tent after the war had ended. Taking advantage of the limited equipment they had, the band recorded their usual set, during an afternoon session in the balmy weather of the South Pacific. Private Burt was permitted to take these recordings home and he had them put on five 78RMP records that he preserved for 75 years. Like many World War II veterans, after the war, Richard and the band moved on with their lives. Richard graduated from the Juilliard School of Music and embarked on a life of teaching music in public school systems. During the early ’80s, after retiring from teaching music, Richard would listen to the records for the last time, transferring two of the songs to tape and creating a 28 minute oral history on his wartime experience as a musician, playing with the 746th. The records then disappeared, its location gradually slipping from the aging mind of the once young military bandsman.

It wasn’t until October of 2020, after Richard’s death, that I found the only known recordings of a World War II front line band unit, created where they performed. As a historian, I knew I had to preserve these works for everyone who had a loved one fighting overseas, during World War II. These precious works created by my grandpa and his bandmates are exactly what our loved one’s on the front lines would have been listening to, as they closed their eyes and dreamed of the day they would return home.

Working with some of the best sound engineers in the music industry, we sought to create something special. A musical experience that allows you to journey back to the frontlines of World War II and gain insight on the sounds of the war through the military musician and those front line service members for whom they performed; however, just putting an album out wasn’t going to be enough to honor these men and share the story of their wartime contributions because this is much more than a Jazz album. This is a piece of history with a story that represents home for those in the trenches of Europe and the Jungles of the Pacific.

I have partnered with the United Service Organization, USO, to tell the story of Richard Burt and the 746th Far East Air Force Band. Together, we are going to honor these and all World War II veterans in a very different way. We are going to release a never before heard album, made 75 years ago in the Pacific by regular Army bandsmen (i.e. not Glen Miller) and attempt to make these World War II veterans a platinum artist by selling a million albums while raising money for the USO who continues to make today’s service members feel a little closer to home when they are half a world away.

This Veteran’s Day, you can say no to streaming this piece of World War II history at the 746th FEAF website, Itunes and Amazon. Happy Veteran’s Day to all those who served and continue to serve!

Jason Burt is a historian and middle school history teacher from Sacramento, CA with a masters degree in social science education and a focus on military history and World War II. Jason is currently working with the USO to raise money for their organization through sales of the 746th FEAF Band album that was created, during World War II, while trying to honor World War II veterans in a never before done way.