HomePoliticsInternationalWant to Know Why Russian Soldiers are Fighting in Ukraine? Ask a Veteran 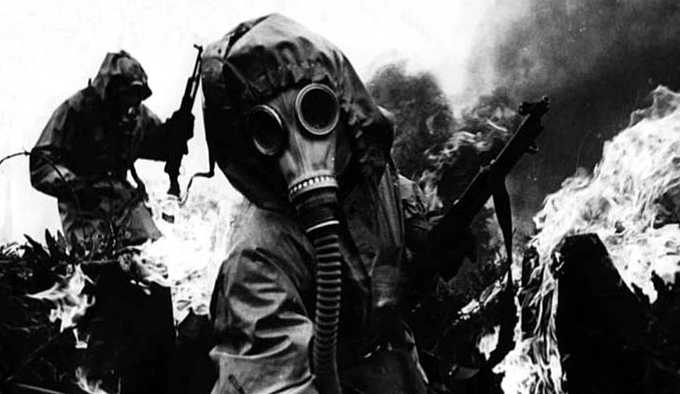 This first appeared in Frank’s blog on March 15, 2022, as “Why Fight?” It is republished here with the author’s permission.

I’ve been thinking about the Russian soldiers in Ukraine. I don’t mean the senior officers. I mean the regular soldiers, be they enlisted or conscripted. I am aware that they are causing enormous amounts of suffering, but somehow, I pity them. The Ukrainians are fighting for their homes and their families. They know exactly why they are at war. What motivates the Russian soldiers? Why do the Russian troops fight?

I read the news about the war in Ukraine, and a lot of it is propaganda. I don’t see how it can be otherwise. We get bits and pieces of the truth, and I doubt that we will ever know the whole story. What little we do learn is disturbing enough.

I read one pundit expressing shock that the Russian troops were not told that they were going into Ukraine.

I think back to when I was an operations officer in a Black Hawk company with the 7th Infantry Division (light), back in the mid-80s. The 7th ID was often on alert. We were supposed to be deployable at a moment’s notice. Not once, when we got called on alert, did anybody ever tell us where we were going, or even if we were going someplace. The official rumor was that would be going to Honduras. This was back in the days when Ronald Reagan had a hard-on for the Sandinistas in Nicaragua. The farthest we ever got was the airfield in Fresno, where we tried to stuff some helicopters into an Air Force C-5.

Why would the Russian top brass tell their grunts where they are going? We don’t even do that.

Another talking head on the news stated that morale among the Russian troops is low. It probably is, but I don’t see how anybody knows that for sure. It’s not like Putin is taking a poll.

I remember when I was a section leader in a helicopter platoon in West Germany. It had to be back in 1982 because we were still flying Hueys. I think it was during the annual Reforger exercise. We were told to fly a couple of aircraft to an LZ near a wood line. Once we got there, our instructions were to “wait for further instructions”. So, we waited. And waited. And waited.

We got the unpleasant feeling that the people in charge had completely forgotten about us.

It got to be late in the afternoon, and one of the warrant officers asked the company executive officer if somebody at the company HQ was going to bring us a hot meal for supper. We had already eaten c-rations for lunch. The XO replied in an overconfident way,

“Don’t worry. They will take care of it.”

The warrant officer stared at the XO and asked, “They? Who the hell are they?”

Then the pilot turned away from the captain and shouted into the woods, “HEY THEY! THEY, CAN YOU HEAR ME?”

The pilot turned back to the XO and said, “I didn’t hear a response, Sir. Did you?”

Our morale on Reforger was not the best, and that was in peacetime.

I talked to my son, Hans, on the phone about the war in Ukraine. I mentioned the column of vehicles that seems to stretch back from Kyiv almost all the way to the Russian border. Hans was in the Armored Cav at Fort Hood, and I asked him about this stationary line of tanks and BRDMs. Hans said in his Texas drawl,

“Y’all want to know what I think? Those boys are gonna get lit up.”

I keep imagining what it must be like now for these Russian troops in the endless convoy. It’s probably cold as fuck, and they can’t run the engines on their tanks to keep warm because they need to conserve fuel. So, there is probably a tank crew standing in the snow next to their T-90 or T-72, freezing their asses off. I can see one of them smoking his last cigarette, holding it between his thumb and forefinger, and sucking on it until there are only ashes left. They stamp their feet to keep the blood flowing, and they swap rumors to pass the time. The next time these guys will get warm is when a Javelin fries them inside their tank.

I visualize some junior officer walking past them, and one of these soldiers calling out to him,

“Lieutenant Butterbarsky, when do we move? When do we get more fuel? You got any smokes?”

The LT ignores the questions and tells these guys to do some preventive maintenance on their vehicle.

The lieutenant probably doesn’t know any more than his troops. Maybe nobody knows what is going on, maybe not even Putin.

Why should they fight?

After Hans got out of the Army, he worked in the Texas oil fields. He had been deployed to Iraq in 2011. His boss in the fracking outfit talked to him one time about Iraq. He asked Hans, “So, do you think you’re a hero?”

Hans told me once that, when he was in Iraq, they didn’t fight for democracy or for oil. They fought to make sure everybody in the unit got home alive. That was it, no more, no less.