HomePoliticsInternationalU.S. Humiliation, Post 9/11 Global Politics and What it Means for Facing Iran 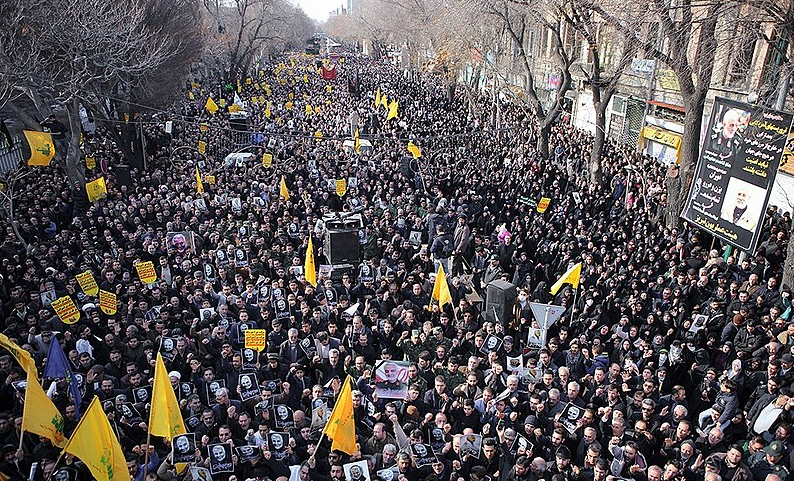 The September 11, 2001 attacks exposed several critical physical and psychological weaknesses in U.S. national security and foreign policy and necessitated an overly aggressive, “emotional” response. The U.S. was still celebrating its “victory” of the Cold War over the Soviet Union, establishing itself as the sole superpower and inserting itself into various low-intensity conflicts and police actions. Most of the U.S.’s military campaigns up to that point could be chalked up as successful and perpetuated the feeling of American invulnerability and dominance as a global power; Somalia, of course, being a stinging exception but was still spun as a noble endeavor to be touted (Saurette 2006).

The simultaneous bombings of the embassies in Kenya and Tanzania and the attack on the U.S.S. Cole were harbingers of what was to come. However, the U.S. ignored the warnings and dismissed the threat primarily because Al Qa’ida perpetrated the attacks abroad, and the homeland was still largely safe. The Twin Towers came down within minutes of each other, the burning wreckage of a passenger liner strewn throughout the corridors and offices of the Pentagon, and a smoking crater in a Pennsylvania field shattered the illusion of invulnerability and safety within U.S. borders.

The humiliation factor was derived firstly from a non-state actor executing it, an extremist organization generally viewed as a dangerous rag-tag group of religious zealots. Secondly, the U.S. was humiliated because not only was the attack within its borders, but it also was largely unforeseen by the Intelligence Community and counterterrorism departments. Many will argue that the attacks could have been predicted and interdicted, but the U.S. failed to anticipate this attack accurately due to stove-piping and lack of interagency cooperation. The U.S., in response, had to demonstrate that no one could attack it with impunity and that even anyone harboring the offenders had to be dealt with swiftly and with overwhelming military force. If the U.S. had not responded as aggressively and decisively as it had, Al Qa’ida and other foreign terrorist organizations would have seen it as a sign of weakness. Similarly, rival and near-peer states likely would have tried to exploit the apparent vulnerability of the once invincible state (Saurette 2006; Smith 2008).

In contemporary relations with the Islamic Republic of Iran, the U.S. has to respond with the same level of decisiveness, albeit a more muted military response, to any malicious acts by the rogue regime. Capturing ten U.S. sailors by the Iranian Revolutionary Guard Corps was one such incident that only emboldened the Iranian government because it went unanswered. The lack of proportional response to the downing of a U.S. unmanned aerial vehicle similarly enticed Iran to escalate its aggressive posture towards the U.S. and its allies in the region. The targeted killing of General Qasem Soleimani was finally a measured and decisive military response to ongoing attacks on U.S. personnel and facilities in Iraq.

After a face-saving rocket attack in response, Iran has seemingly pulled back its proxy attacks on American interests and personnel. Any of these instances could have quickly become the modern equivalent of the assassination of Archduke Frans Ferdinand, especially after the death of Soleimani when tensions were ramping up between the two states, and neither wanted to back down. Similarly, the Iranian attacks against Saudi Arabian oil facilities could have also dragged the U.S. into a conflict with Iran in support of its regional allies. Again, one could compare any of Iran’s proxy wars across the Middle East to those between the U.K. and Germany before World War I (Winter 1993).

In closing, the need for revenge after the 9/11 attacks was not just to delve out punishment for those responsible and those who would give them aid and comfort but also as a show of force to those who might try likewise to assault the U.S. mainland. Hence, the toppling of Saddam and the targeted killing of Usama Bin Laden, Bakr al-Baghdadi, and Qasem Soleimani served as revenge and to dissuade future hostilities against the U.S. and its assets and interests (Löwenheim and Heimann 2008). Tensions with the Iranian regime had been escalating with the U.S. and its allies throughout the region until a revenge attack on the Quds Force commander reminded the rogue state that there would be consequences to increased hostilities.

The U.S. was able to give Iran a means to save some face which de-escalated a volatile situation; however, in the future, the U.S. will have to find a more prolonged means of dissuading Iranian aggression. Perhaps the same soft antagonisms and not-so-idle threats that brought the Democratic People’s Republic of Korea to the negotiating table will eventually do the same for the Islamic Republic of Iran.

Smith, Allison G. 2008. “The Implicit Motives of Terrorist Groups: How the Needs for Affiliation and Power Translate into Death and Destruction.” Political Psychology 29 (1): 55–75